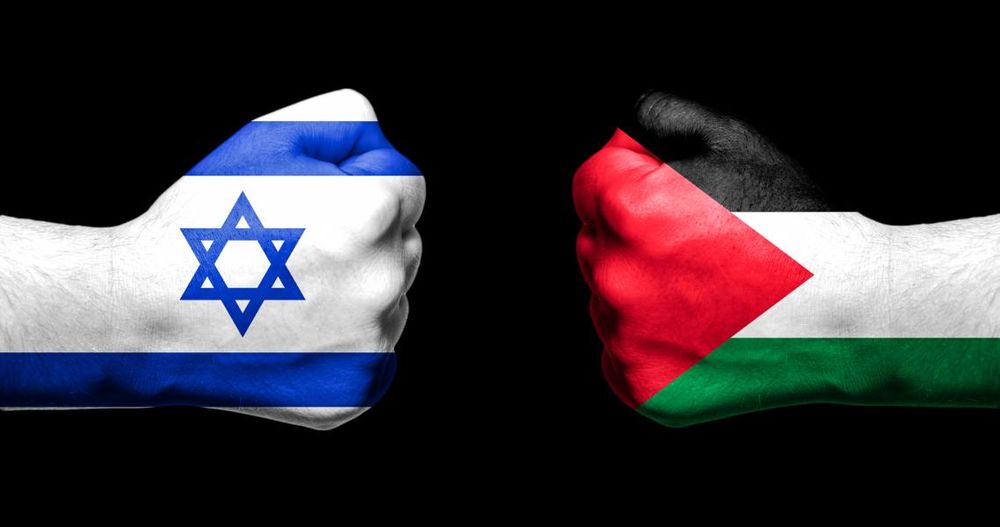 A law professor attempted to hold a speech earlier in April at the University of Chicago on the boycotting of Israeli goods, when pro-Palestinian hecklers tried to disrupt the event.

UChicago’s pro-Israel Brandeis Center hosted George Mason University law professor Eugene Kontorovich to give a speech on the anti-Israel BDS (boycott, divestment, and sanctions) movement’s relationship to the First Amendment, according to Reason. Five pro-Palestinian activists, none of whom attended UChicago, attempted to disrupt the speech.

The activists left after police arrived and Kontorovich, a UChicago law graduate, was able to continue with his speech.

“University policies...make it clear that demonstrations cannot prevent others from speaking or from hearing a speaker.”

Jeremy Rozansky, a law student at the university as well as president of the school’s Brandeis Center, told Campus Reform that she witnessed the protesters’ behavior first-hand.

Rozansky said he observed a protest brewing, so he left the room to locate authorities.

“When I returned, the non-students had unfurled a flag and a poster and were shouting the same mantra over and over again,” the Brandeis Center president told Campus Reform.

According to Rozansky, it took more than 20 minutes to locate the administration to receive aid to disband the group.

“I was about eight feet away and could not hear [Kontorovich] with the noise,” Rozansky told Campus Reform.

[RELATED: VIDEO: Police do nothing as protester shuts down College Republicans event]

Rozansky claimed that one individual accompanying the protesters was enrolled at UChicago but remained silent, filming the situation. Rozansky said that Kontorovich asked the student to cease filming, a request with which the student did not comply.

“That student probably thinks he cleverly found a loophole in the policy,” the Brandeis Center president told Campus Reform. “He entered with the disruptors, left with them, and participated in their demonstration by filming it, but he did not shout. In my view, the school cannot let an individual circumvent the clear prohibition on disruption by facilitating the disruption of non-students. My hope is that the University does not allow their policy to be so easily flouted.”

“They were present...just to disrupt my speech,” Kontorovich told Campus Reform during a phone interview. “I think their goal is to somehow intimidate [other students] to make them feel that they cannot reasonably have a debate.”

Kontorovich noted that his speeches always leave plenty of room for healthy debate as well as time for questions and answers to engage all viewpoints.

The University of Chicago’s famous “Chicago Statement” on free speech, adopted by dozens of schools, shields speakers from the censorship by event disruption.

“In a small classroom, the noise was deafening,” Rozansky recalled. “Some students who were attending the talk left, while others crowded around Prof. Kontorovich to try and hear him. Prof. Kontorovich was unfazed and tried to continue his talk as best he could.”

The professor suggested to Campus Reform that he was staying positive, claiming that it is important to “not to get too upset about these kinds of things.”