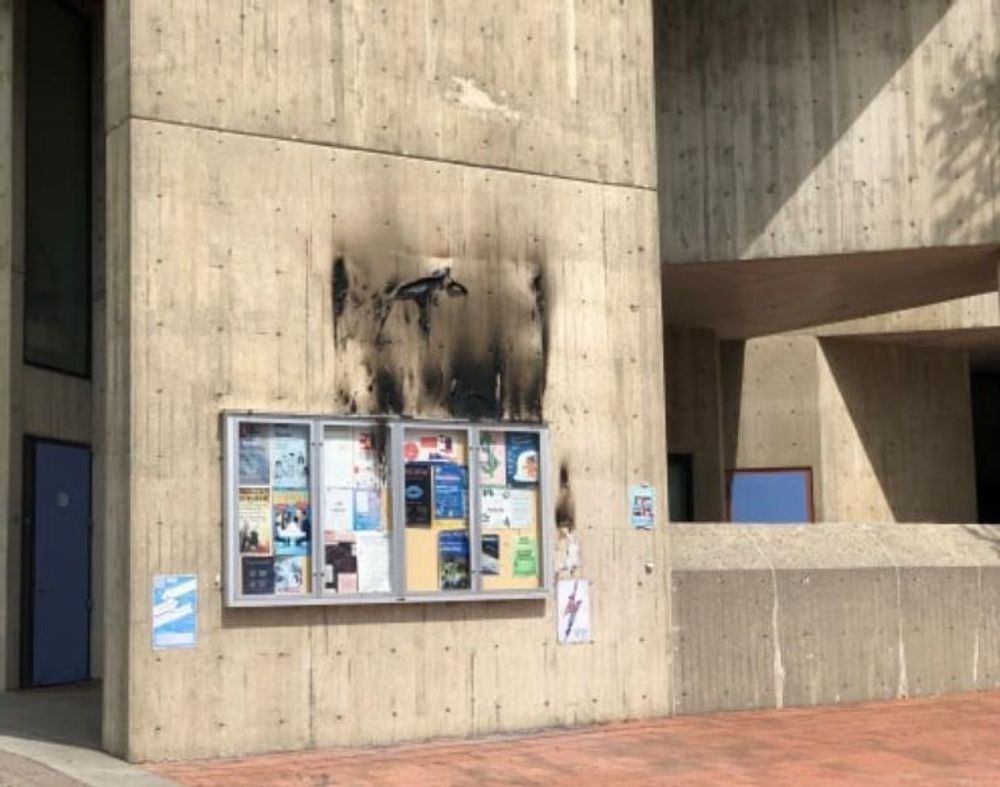 A pro-life event banner was vandalized and set on fire at Western Washington University on Saturday. The banner was advertising an upcoming speaking event by Kristan Hawkins, the founder of Students for Life of America, a national pro-life organization.

The event, Lies Feminists Tell, was sponsored by the WWU Students for Life and the Young Americans for Freedom chapters. Hawkins is scheduled to speak on “lies feminists tell about abortion, birth control, and education” followed by taking questions from the audience.

A campus advisory alert was sent out to students Monday noting the vandalism, which occurred outside the Environmental Studies building.

“Officers arrived to find that the fire, which had been put out, appeared to be intentionally set by lighting a poster attached to the outside wall....[which] caused approximately $500 worth of damage and is under investigation as an arson.”

A counter-protest, “Feminist Direct Action,” has been planned by WWU students who “will sit outside of the communications facility and make our disapproval known with signs, chants, and community activism. Together we can use nonviolent direct action to remind WWU and the greater community that reproductive rights and bodily autonomy are important and shouldn’t be up for debate.”

Although the WWU mission and values statement lists a commitment to “critical thought” and the “respect for the rights and dignity of others” along with “integrity, responsibility and accountability” no statement regarding the incident has been released other than the initial campus advisory.

Hawkins reacted to the apparent act of arson, saying, “we strongly condemn this act of violence and intimidation. We challenge anyone who disagrees with us to come hear the presentation on Thursday instead of resorting to cowardly acts of violence.”

Campus Reform reached out to the Western Washington University campus police but did not hear back in time for publication.