Multiple outlets reported that dozens of graduating students and faculty at Taylor University walked out in protest, amid a concerted backlash to the vice president's speaking there.

Dozens of graduates and faculty members reportedly walked out ahead of Vice President Mike Pence delivering a commencement speech on Saturday. 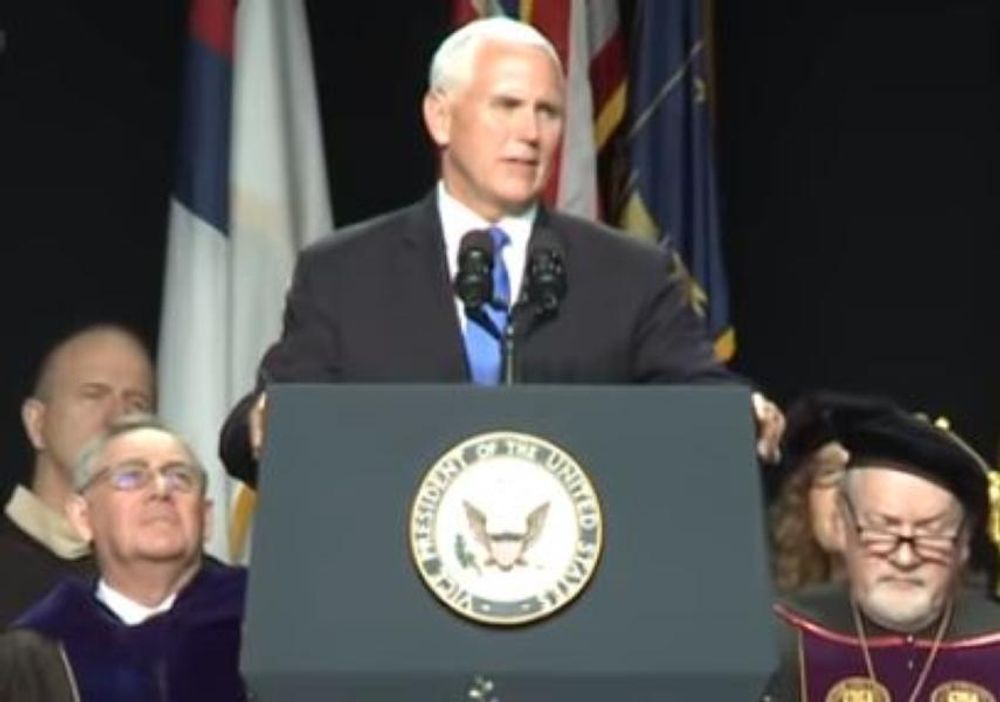 Dozens of Taylor University graduates and faculty members reportedly walked out of their own commencement ceremony ahead of Vice President Mike Pence speaking there.

According to multiple outlets, including Fox News, dozens of students graduating from the Indiana Christian university, as well as faculty members, protested Pence's presence by staging a walkout, although most of the nearly 500 graduates stayed in place.

The Indianapolis Star spoke with students at the commencement ceremony about the vice president's invitation.

"I was really disappointed in Taylor's decision to welcome Pence as our commencement speaker," Taylor graduate Laura Rathburn said. "I think it was an inappropriate decision. His presence makes it really difficult for everyone in the Taylor community to feel welcome and celebrated at our commencement."

The walkout came after one Taylor University alumnus,  Washington, D.C. resident Alex Hoekstra, created a Change.org petition against Pence, the former Indiana congressman and governor, delivering the commencement address. At the time of publication of this article, the petition had more than 8,000 signatures, although it was not clear how many of those were actually students, faculty, or alumni of Taylor University.

According to Hoekstra, having Pence speak at Taylor make “alumni, faculty, staff and current students complicit in the Trump-Pence Administration's policies which … are not consistent with the Christian ethic of love we hold dear.” Campus Reform asked Hoekstra to comment for this article; he did not respond in time for publication.

The protest came after Franklin Graham, an evangelical leader and son of the late Rev. Billy Graham, spoke out against the school's protesting students and alumni, asking "what are you smoking?"

[RELATED: Franklin Graham to Christian univ. students, alumni: What are you 'smoking'?]

Despite the backlash, however, Taylor University remained steadfast in its decision to host Pence as the commencement speaker.

“Since making the announcement of Vice President Mike Pence’s upcoming commencement speech, we have received feedback from people on either side of the issue. Taylor University is an intentional Christian community that strives to encourage positive, respectful and meaningful dialogue,” a university spokesman said ahead of the commencement Saturday.

It was the second weekend in a row that Pence delivered a commencement address. Liberty University in Virginia hosted the vice president for its commencement ceremony on May 11. Campus Reform is not aware of any acts of protest that occurred leading up to or during that address.

Pence's office did not respond to a request for comment in time for publication.