Franklin Graham SCORCHES 'misguided people' who walked out on Pence 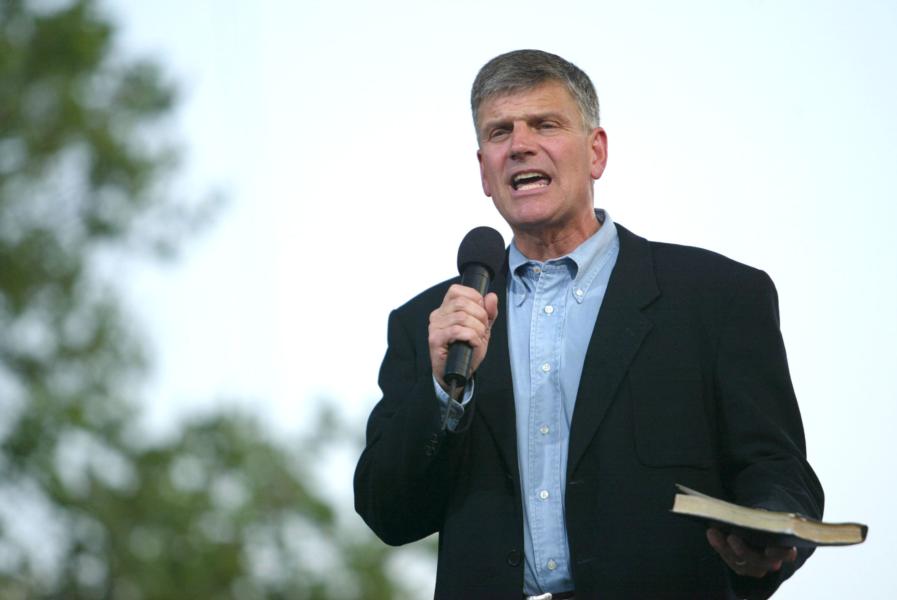 Evangelical leader Franklin Graham, son of the late Rev. Billy Graham, blasted some graduates and faculty members at a Christian university in Indiana after they staged a walkout ahead of Vice President Mike Pence delivering the school's commencement address Saturday.

As Campus Reform previously reported, dozens of Taylor University graduates and faculty members walked out just before Pence was to speak in protest of the vice president's views on the LGBTQ community. The protest came weeks after one Taylor University alumnus created a Change.org petition in opposition to Pence speaking at the Christian college in the state where he was once governor.

"some misguided people tried to prevent Vice President Mike Pence from speaking at Taylor University's graduation commencement. They even started a petition...reports say that a handful of students and faculty walked out in protest—Shame on them!"

On Sunday, Graham addressed the walkout by first mentioning that petition, on which he also previously commented.

"A couple of weeks ago some misguided people tried to prevent Vice President Mike Pence from speaking at Taylor University's graduation commencement," Graham said. "They even started a petition. Well, yesterday the Vice President spoke there and received a standing ovation."

"But reports say that a handful of students and faculty walked out in protest—Shame on them! That’s hard to imagine at a Christian university. What an honor to have the Vice President come—they couldn’t have had a better speaker," Graham added.

The evangelical leader went on to say that "Pence urged the Taylor graduates to live boldly for Jesus Christ. He said, 'be prepared to stand up … And as you stand up, be prepared to face opposition. But be confident. For the Bible says, ‘God has given us a spirit not of timidity, but of power and love and self-control.’ So go show the world every day that we can love God and love our neighbor at the same time. Our nation and our world needs it.' What a great challenge! I thank God that we have a man of integrity and faith serving in this critical role for our nation."

[RELATED: Franklin Graham to Christian univ. students, alumni: What are you 'smoking'?]