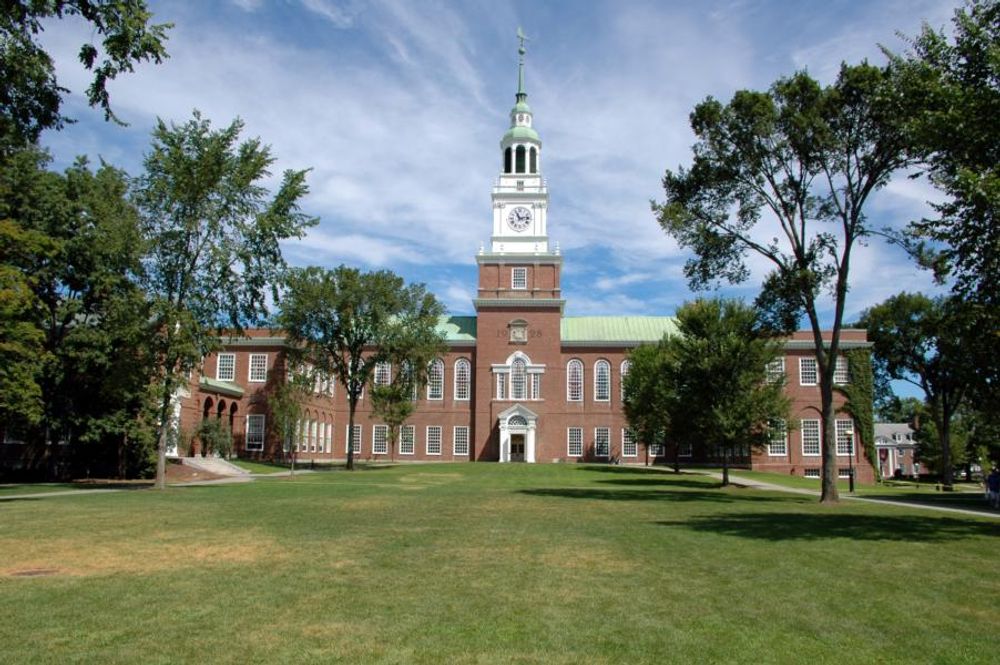 Dartmouth College offered a course during its spring 2019 quarter on conservatism as examined through a liberal lens.

Titled "American Conservatism," the course aimed to give students an understanding of contemporary conservatism by tracing its history from World War II to the present day. Taught by faculty member Trevor Latimer, the course description states that the course is “tailored to a predominantly liberal audience, that of an elite college campus.”

[RELATED: Dartmouth prof: 'If we don't abolish capitalism, capitalism will abolish us']

The course syllabus opens, “Lionel Trilling characterized conservatism as a collection of ‘irritable mental gestures that seek to resemble ideas.’ He was wrong. Or was he?” To answer this question, students are required to read several books and articles on conservative politics.

These include the book Dark Money: "The Hidden History of the Billionaires Behind the Rise of the Radical Right" by Jane Mayer and an op-ed written about President Trump, "This Sad, Embarrassing Wreck of a Man," by George F. Will.

In this opinion piece, Will refers to Trump as “America’s child president” on a “play date with a KGB alumnus” when referencing Trump’s meeting with Russian President Vladimir Putin in Helsinki, Finland. He also states that the President is an embarrassment to Republicans, along with a myriad of other similar claims.

Daniel Bring, president of the Dartmouth College Republicans, told Campus Reform, "I would never have taken 'American Conservatism,' as whatever facile analysis Latimer was going to provide would be inferior to what I could learn and consider on my own."

"'American Conservatism' was inherently a filtered and subjective view of that intellectual tradition. In honest scholarly inquiry, students should pursue unfiltered access to knowledge," Bring added.

Campus Reform reached out to Latimer and Dartmouth for comment but did not receive a response in time for publication.