UCSC said in its announcement that the bells are “viewed by many populations as a symbol of racism and dehumanization of their ancestors.”

The University of California Santa Cruz will remove a bell representing the Spanish missions in California. 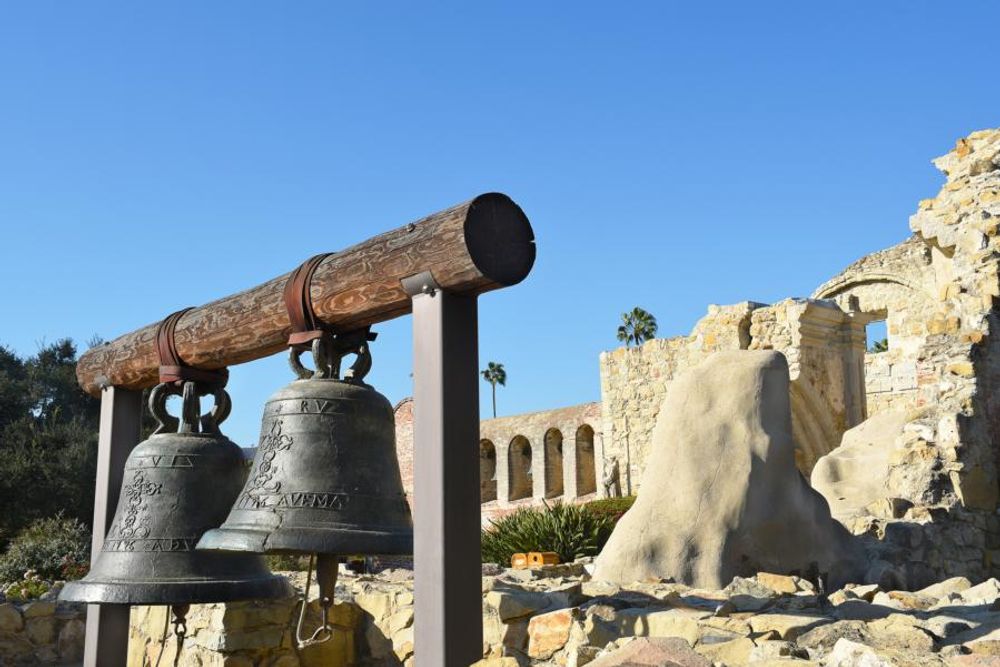 A year after students began a petition to remove the traditional California “mission bell” from campus, the University of California Santa Cruz has capitulated to demands, announcing Friday that the bell will be removed.

California mission bells mark the path of the historic El Camino Real, the 700-mile trail that connected the 21 California Spanish missions. The bells are a common way of recognizing state history and have marked the route of the El Camino Real since 1906. Hundreds of them line the trail to this day.

However, in UCSC's announcement of its decision, the university emphasized that the bells are “viewed by many populations as a symbol of racism and dehumanization of their ancestors.”

The university administration has communicated with Valentin Lopez, Amah Mutsun Tribal Band chairman, who called the bells “deeply painful symbols that celebrate the destruction, domination and erasure of our people.”

“They are constant reminders of the disrespect our tribe faces to this day,” he added.

UCSC Vice Chancellor for Business and Administrative Services Sarah Latham said that Lopez’s comments were “such a compelling statement of impact,” adding that she is “pleased” at the university’s ability to “work in partnership” with the band toward the removal of the bell.

“They’re wasting the UCSC student body’s and administration’s time over a non-issue that misrepresents an important part of California’s history for the sole purpose of feeling morally superior, 'cause who wants to be the person on the side of ‘genocide and slavery?’” College Republicans President Brandon Lang told Campus Reform when the petition to remove the bell first circulated. “The bells were intended to act as road markers for the historic El Camino Real, the fi[r]st road to span California, not as ‘symbols of genocide.’”

“The people who want this and others like them know they can’t get anything of substance done, so they focus on ‘symbolic’ things such as the removal of statues from the public space or changing of names, actions that are quick and easy but don’t cause any real positive change in society for the people they want to help,” the College Republicans president continued.