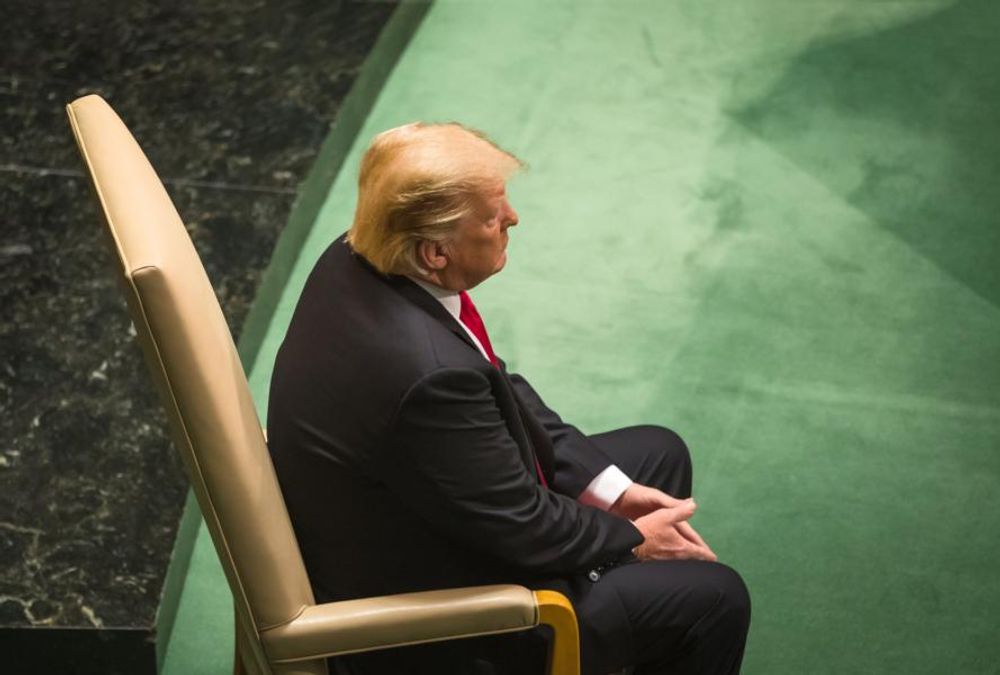 A Michigan lecturer teaches a public policy course in which he instructs students to lie, while also taking aim at President Donald Trump.

In an opinion piece posted Tuesday for The Washington Post, Morse detailed his experience teaching the course and prefaced his account by stating that “Trump’s lying might encourage Americans to lie more frequently” and “we have good reason to fear that Trump’s lying threatens our democracy.”

“Each student in my class starts by proposing a lie with a political agenda that could be loosed to great effect,” Morse explained in the op-ed. “They explain why someone would propagate the lie, and the lie’s intended audience.”

One student in the class displayed reluctance to creating a politically charged lie. Once Morse reiterated the assignment’s rationale, she ultimately relented and came up with the proposition that Democrats could oppose Trump’s immigration policy by spreading a lie that “ICE was forcibly sterilizing immigrant women at the border.”

“Right away you could see it: How such a lie would appeal to liberals’ tendency to believe the worst of Trump,” Morse wrote, praising the fabricated falsehood. “How it would call attention to Republicans’ sanctity-of-life hypocrisy. All successful lies manipulate the truth.”

[RELATED: 5 most politically biased courses of 2018]

Another student’s lie came in the form of a fake New York Times article, which he shared with friends and family.

“I held up my hands in innocence: I wasn’t responsible for the spread of fake news,” Morse said. “But I had to know — what were the results of his experiment?”

Morse notes that while some students in the class were uncomfortable with lying, others were exhilarated by the experience.

Later in the Washington Post piece, the lecturer elaborates on why he teaches his students to lie.

"Creating a Big Lie helped students acquire a more sophisticated sense of political lying than they could gain through reading moralizing essays. They came to understand that many Americans are attracted to Trump not in spite of but because of his lies; they admit he’s lying but believe that his lies are evidence of his courage to thumb his nose not only at the establishment but also reality," Morse wrote.

"They thrill in what they perceive to be Trump’s vigor," he added.

According to the course syllabus, an entire lecture was dedicated to Trump. The lecture, referred to as “Lying and the Presidency, part two: How do President Trump’s lies differ from those of previous presidents? What is the source of their appeal?” addresses three readings, entitled On Bullshit, The Authentic Appeal of the Lying Demagogue: Proclaiming the Deeper Truth about Political Illegitimacy, and 815 false claims: The staggering scale of Donald Trump’s pre-midterm dishonesty.

Campus Reform reached out to Morse for comment but did not receive a response in time for publication.