Evidence provided includes Brady’s affinity for “boys trips” to the Kentucky Derby, his strict diet, and the fact that he likes to play golf with Trump.

An English professor at the University of Rhode Island recently published an analysis of New England Patriots quarterback Tom Brady’s celebrity and portrayal in the media, as well as his personal behaviors.

The professor insinuates that Brady owes his popularity to “white rage and white supremacy” that has emerged in America as a reaction to the Obama presidency. 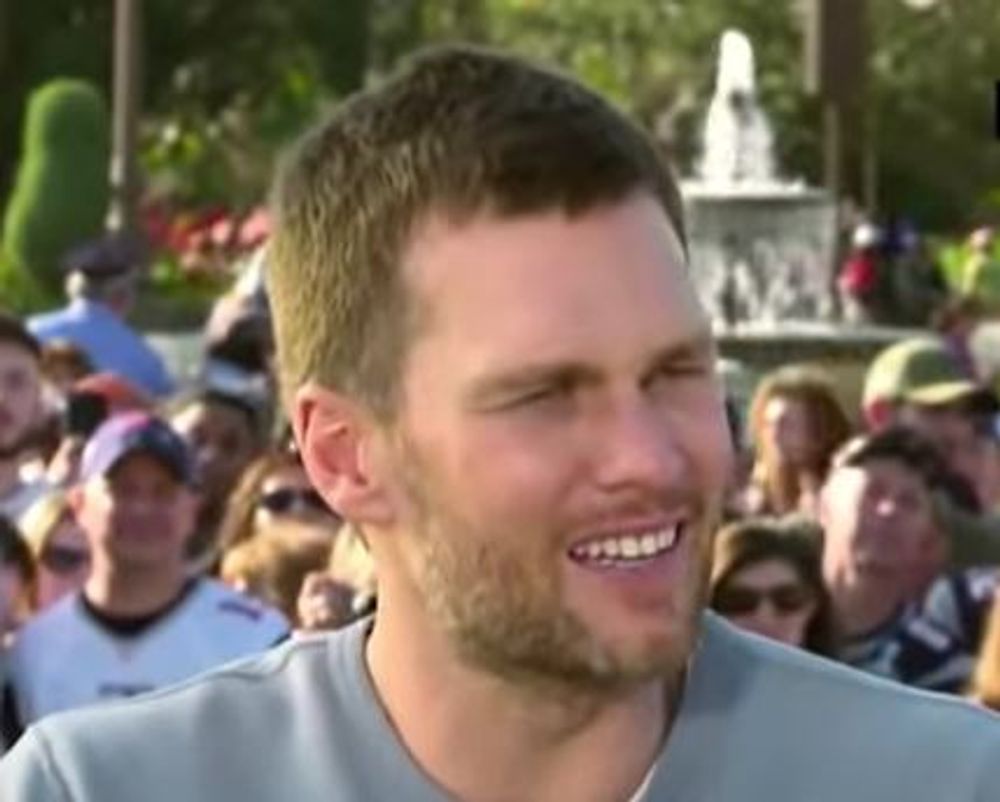 URI English professor Kyle Kusz also dabbles in gender and race theory, as evidenced in a chapter, a full copy of which was obtained by Campus Reform, that the professor authored in a published book titled The Palgrave Handbook of Masculinity and Sport.

Titled "Making American White Men Great Again: Tom Brady, Donald Trump, and the Allure of White Male Omnipotence in Post-Obama America,” the chapter attempts to provide evidence to back up Kusz’s suggestion that, like President Donald Trump, New England Patriots quarterback Tom Brady has gained popularity due to the “latest wave of white rage and white supremacy” that he says developed since the Obama presidency alongside a “disturbing racial reaction among white conservatives in response to the idea that a black man would be [president].”

The professor’s work analyzes Brady in two ways: his representation in the media and his “relationship with Trump,” seeking to determine what these factors can “tell us about the specific ways that white masculinity is being re-coded and re-centered in post-Obama American culture.”

Kusz zeroes in on “the complex racial, gender, and class meanings that have been articulated with Brady’s body and his performances of white masculinity in the context of a backlash against the Obama presidency” and of “Trumpism,” which he claims is also rooted in both race and gender.

In addition to Brady’s representation as the epitome of “omnipotent, white masculinity” in his various media appearances, advertisements, and movie cameos, Kusz also focuses on Brady’s public image as it relates to what he calls “American myths of meritocracy and individualism,” which he says are “commonly used in sporting adverts.”

Among other media appearances, he specifically cites Brady’s appearance in a 2015 Under Armour commercial, which he claims “would not seem out of place in Leni Reifenstahl’s infamous Nazi propaganda film, ‘Triumph des willens,’” because of its military references and red and black colors.

Kusz told Campus Reform that it was this commercial that drove him to investigate Brady’s whiteness further.

“I decided to research Trump and Brady's public performances of their white masculinities and how they connect with broader debates about race and gender politics after a student in one of my classes brought the UnderArmour commercial to my attention and it piqued my interest,” the professor said.

Kusz also took issue in the chapter with a Beautyrest mattress commercial in which the camera angle is pointed upward at Brady so that the “viewer is compelled to see him as superior,” as well as Brady’s partnership with “upscale companies” like UGG and Aston Martin.

“In each of these sites, Brady is figured as an unconflicted and unapologetic embodiment of upper-class white exceptionality and manly omnipotence.”

Kusz also points to the “myths” of meritocracy present in “The Brady 6,” a documentary about the quarterback and his rise to stardom.

“By subtly coding Brady as a version of the 97 lb weakling in ‘The Brady 6,’ his subsequent transformation into Brady—the five-time Super Bowl champion and ‘G.O.A.T’—enables him to be easily read as an athletic variation of the self-made man,” Kusz writes, adding that “the self-made man is [a] seductive and potent ideological figure of American liberalism long used to mask the systemic privileges afforded to, and enjoyed by, white men, especially those with economic means.”

The professor also asserts that fans who backed Brady during the infamous “Deflategate” scandal were angry with NFL commissioner Roger Goodell for “breaking the unspoken bonds of white brotherhood to leverage the NFL’s institutional authority” against Brady.  The “Free Brady” T-shirts sold by barstoolsports.com at the time combined humor with “reverse racism” and “political dissidence,” according to Kusz.

In addition to the media’s representation of Brady being “figured through conventional codes of upper-class elitism that are often exclusively associated with, and embodied by, white men,” Kusz also takes issue with the company Brady chooses to keep, mainly focusing on the quarterback’s relationship with Trump, but also pointing out the fact that Brady often takes “boys only” trips with “white majority groups” to the Kentucky Derby.

Kusz claims that since Brady “plays in a sport where 67% of the players are African-American,” the fact that most of the individuals whom he brings with him to the Kentucky Derby are white “tell[s] a more particular story about the racial company he chooses to keep.”

“It is a vision of Brady as a wealthy, white man who unapologetically enjoys, and has even made a habit out of, spending time with other wealthy white men who treasure time ‘with the boys’ over all others,” adding that the choice of the Kentucky Derby “suggests his performance of white masculinity shares much in common with President Trump’s” in that the Derby is a “class-exclusive leisure activity” where most of the attendees are white.

Kusz also focuses on the quarterback’s refusal to denounce his friendship with Trump, which began when Brady judged a Miss USA beauty pageant, or as Kusz puts it, “an activity centered on judging women as sexual objects.” The setting in which they first met, in conjunction with the fact that the two men often golf together, “presumably” spending time together in locker rooms, “begs questions about Brady’s own appetite and tolerance for boorish, misogynistic talk and behavior,” according to Kusz.

Brady’s regimented diet and exercise routines are also supposedly a function of how his “white masculinity is repeatedly constructed,” according to Kusz.

“In short, Brady is positioned as the master of his own fate. His white masculinity is represented as deserving of public veneration not only for his success and self-discipline, but because he enjoys it all without apology or any trace of shame or guilt. In other words, part of Brady’s public appeal rests in his ability to signify a guilt-free, omnipotent white male who unabashedly embraces the idyllic life that his wealth and white manliness provide.”

Kusz concludes his chapter by reiterating how “cultural representations” of Brady as being “unashamed about privilege” and being “superior and worthy of deference,” as well as his “preferring the pleasures of white fraternal bonds” serve to “buttress American white supremacy” and appeal largely to the “alt-right.”

As further apparent evidence of his claim, Kusz cites a tweet from alt-right leader Richard Spencer, calling Brady an “Aryan Avatar”  and closes the chapter with a personal anecdote about seeing a man in a Tom Brady Patriots jersey during a “far right ‘free speech’” rally in Boston.

Kusz told Campus Reform that he became interested in Tom Brady within the context of white masculinity after moving to New England.

“After moving here for work I became fascinated by the idolatry given to Brady, especially after Trump began to name-drop and use white sportsmen as surrogates during his 2016 campaign,” the professor said, noting that he takes an interest in the stories being told about race and gender in today’s society and how they “reflect broader struggles about social power.”

Editor's note: This story was originally published on September 26, 2019.