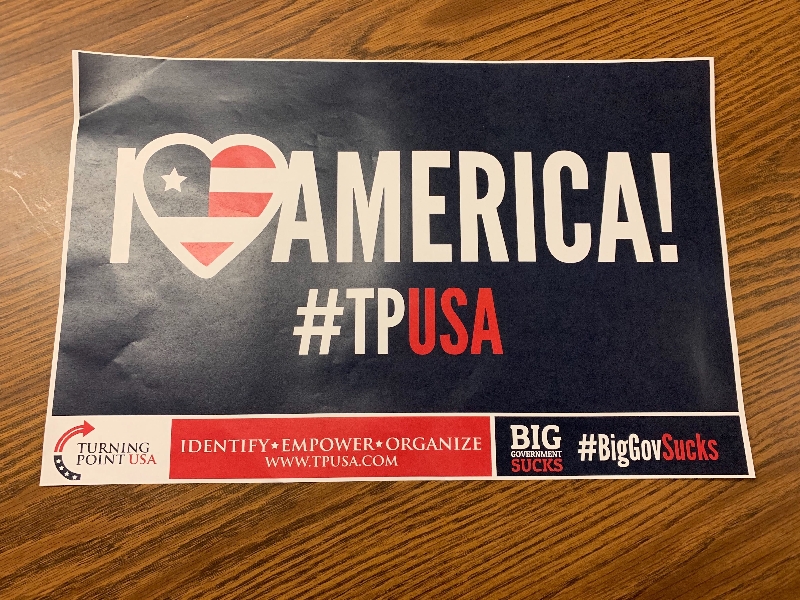 A student at the University of Minnesota-Duluth admitted to tearing down an “I love America” poster.

Fellow student and Turning Point USA member Caleb Anderson confronted the vandal and asked why he tore down the poster.

“I wanted to ask why you ripped down our TPUSA poster today,” Anderson says in the video.

The student said that he tore down the poster because he does not support the organization and because he thinks TPUSA “is disgusting.” He added that he did not think tearing down the poster amounted to the destruction of property or violation of Anderson and TPUSA’s freedom of speech.

“I support free speech as it relates to government, but I don’t think that prohibits other people from limiting your free speech,” the vandal said.

Anderson can later be heard asking the student whether he has torn down any TPUSA posters in the past. The student said he previously took down four posters.

“We’re just having a poster that said ‘I love America,’” Anderson pointed out. “Do you love America?”

“No,” the student answered.

Anderson also offered for the student to express his differing opinions in a meeting, as opposed to tearing down a poster.

The student sent to Campus Reform a photo of similarly vandalized posters from March.