Students at College of the Holy Cross disrupted conservative speaker Heather Mac Donald during a campus speech in November.

The college dean responded by defending the disruptive students.

Mac Donald later stated that students did so because adults "have convinced them they are oppressed." 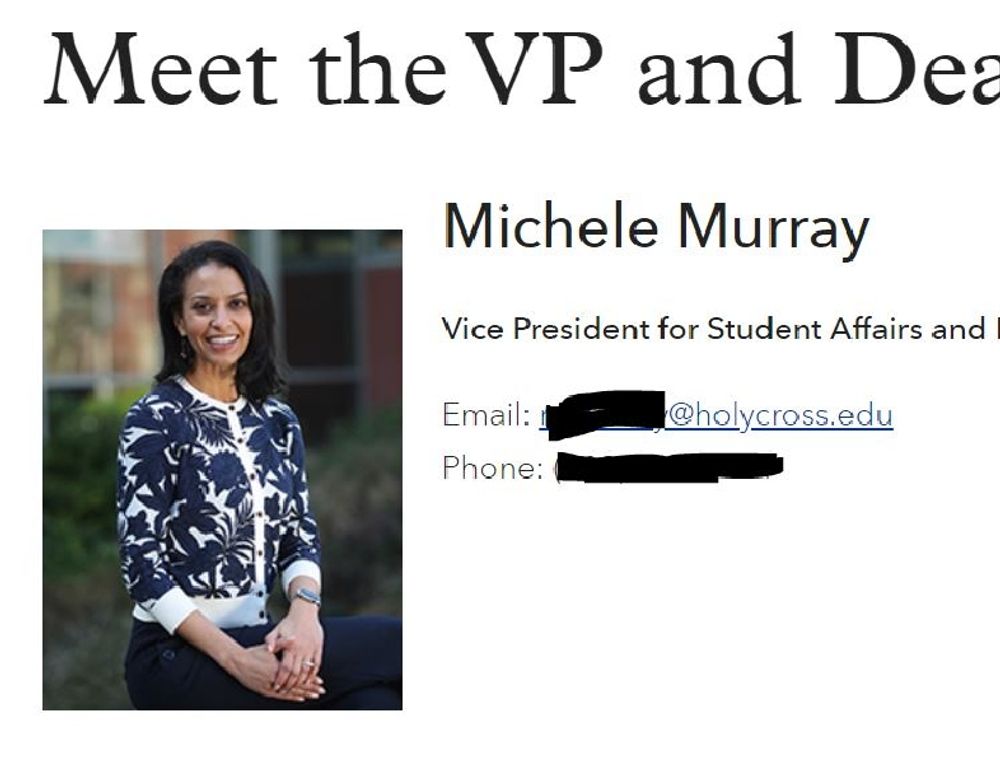 The Dean of Students at College of the Holy Cross is speaking out in defense of students who disrupted a conservative speaker in November.

As Campus Reform previously reported, students at Holy Cross disrupted conservative speaker Heather Mac Donald. Following the disruption, Mac Donald wrote a Wall Street Journal opinion piece titled, "Why Are College Students So Afraid of Me?" in which she stated that it is "because adults at places like Bucknell and Holy Cross have convinced them they are oppressed."

Murray went on to call Mac Donald's views "controversial," defending the disruptive students for "making use of their own free speech."

Murray alleged that Mac Donald "rush[ed] to claim the mantle of victimhood she seems to detest in others" and "failed...to explain ideas with which our students disagreed," calling the "subtext of [Mac Donald's] talk" that "discrimination no longer exists, or at least that we should not be bothered by it."

"Our students understood her message, even dressed as it was in Frederick Douglass quotes and references to 'Faust' and the virtues of the Western canon," Murray wrote, seemingly downplaying the "all of three minutes" that Holy Cross students disrupted Mac Donald."

Murray concluded that the students who disrupted Mac Donald "weren't afraid of her, they just disagreed."