The group alleges the school "stood by" while the student government rejected students' request to form a new conservative student group.

A free speech nonpartisan organization is calling out the University of Scranton for engaging in "discrimination" against conservatives. 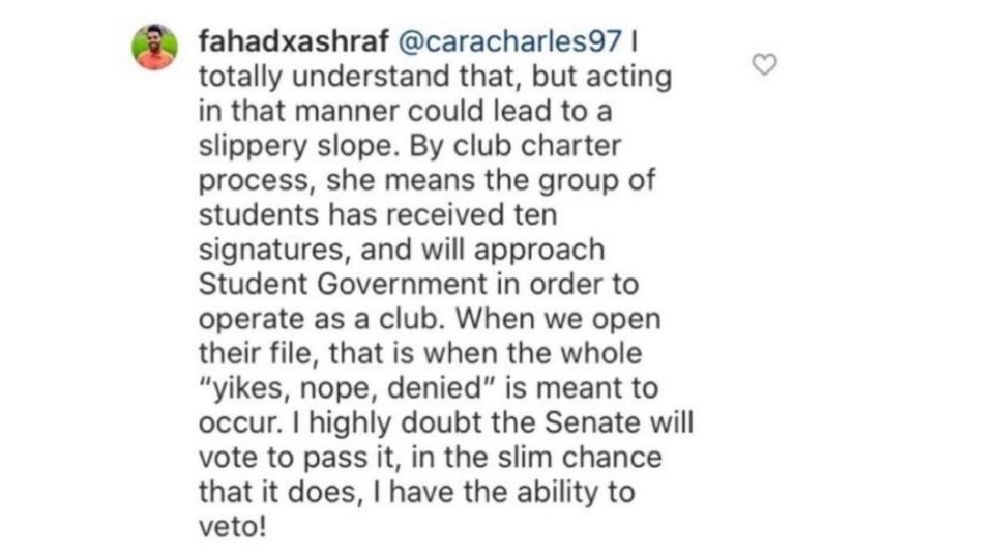 A nonpartisan free speech group alleged that a Pennsylvania university engaged in viewpoint discrimination when it denied status to a conservative student group.

The Foundation of Individual Rights in Education says that the University of Scranton student government discriminated against students seeking to form a Turning Point USA chapter when it voted against granting them official student group status. FIRE says it sent a letter to the university urging the administration to intervene, citing the school's stated student code of conduct, which says that "freedom of thought, freedom of expression, and freedom of the individual must be preserved."

However, the school says that "these personal freedoms must be balanced against our mutual responsibility for supporting and nurturing a community whose ministry of education is informed by the vision of life contained in both the Gospel and the Spiritual Exercises of St. Ignatius."

According to FIRE, the school sent back an "unsatisfactory response" in which it "stood by" as the student government "turn[ed] students’ rights into a popularity contest."

"We ask again that you identify a viewpoint-neutral reason for the rejection or, in the alternative, a substantive explanation as to how viewpoint discrimination is compatible with the promises Scranton makes to its students," FIRE wrote in a second letter to the university.

FIRE also called attention to University of Scranton student government president Fahad Ashraf who commented in a social media post, that once the club's application for official student group status has been received by the student government, "that is when the whole 'yikes, nope, denied,' is meant to occur." In the post published by FIRE, Ashraf speculates that even if the student government does vote to approve the conservative group, then he has the "ability to veto."  Ashraf did not respond to Campus Reform in time for publication.

Following that comment, Ashraf announced that he would recuse himself from the vote on whether to grant the club official status.

“A few weeks ago, I engaged with a constituent on social media surrounding Turning Point. In exchange, I made a comment that summarized the club charter process that does not accurately reflect the full process. To avoid any perception of partiality surrounding this discussion, the vote and the rest of the process, I’ve spoken to Dean Rivera and communicated this to Cody, and I have decided to recuse myself from the Turning Point proceedings. This means I will not be participating in any aspect regarding Turning Point," Ashraf said in meeting minutes obtained by Campus Reform.

University of Scranton by Campus Reform on Scribd

Turning Point chapter vice president Michael Abromovage said there was still a bias against the group, despite Ashraf's recusal.

FIRE requested that the University of Scranton respond by Tuesday. Campus Reform reached out to the college and to FIRE to ask if there was a response but did not hear back in time for publication.

Nick Reidy contributed to this report.