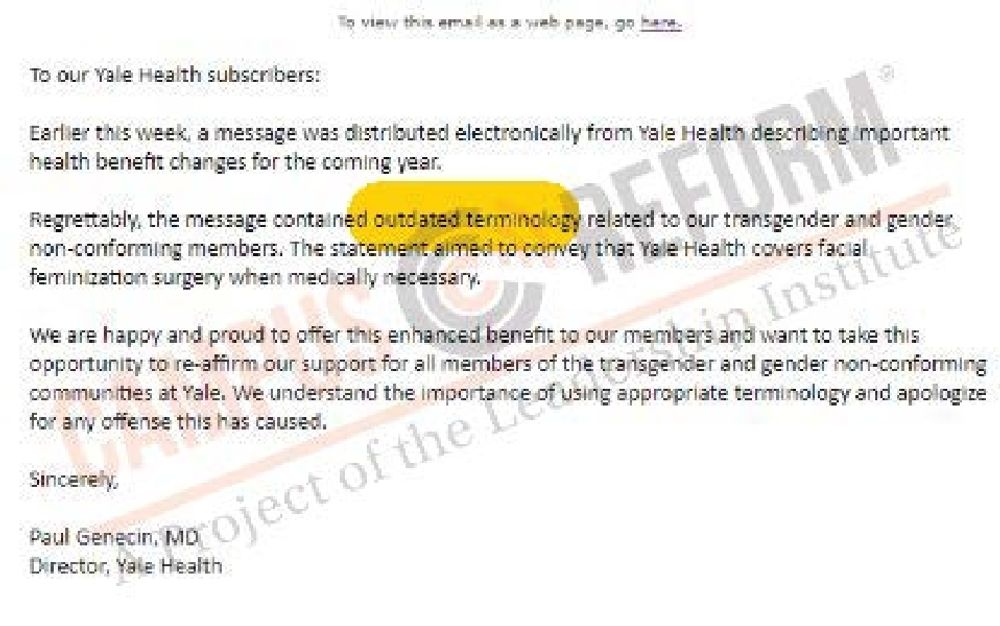 In preparation for the spring semester, Yale sent out an email explaining health benefit changes for 2020. Included in these changes is coverage of “facial feminization for gender identity disorder.” The goal of facial feminization surgery, according to Healthline, is to “soften masculinized features into a shape more typically recognized as feminine.” The cost of such a procedure ranges from $20,000 to $50,000 or more.

Two days after this email, Director of Yale Health Dr. Paul Genecin issued a swift, public apology for using the “outdated terminology:” “gender identity disorder.”  He said his use of the term was particularly offensive to Yale’s “transgender and gender non-conforming members.” Genecin made sure to correct the original statement by clarifying, “Yale Health covers facial feminization surgery when medically necessary.”

“We are happy and proud to offer this enhanced benefit to our members and want to take this opportunity to re-affirm our support for all members of the transgender and gender non-conforming communities at Yale,” Genecin said regarding the issue. “We understand the importance of using appropriate terminology and apologize for any offense this has caused.”

This is just the latest gender-related addition to the private Ivy League research university’s health benefits. In 2011, Yale decided to cover sex-reassignment surgery for its faculty. Two years later, the university extended coverage of this operation to its students. An individual’s procedures for a complete transition often amounts to over $100,000.

“Yale Medicine is committed to providing affirming treatment to those who have questions about their gender — including identity, expression and sexual orientation — or who seek help in making a physical transition,” Yale Medicine clinical writer Carrie MacMillan wrote.