Charles Murray is coming back to Middlebury. Professors are not pleased. 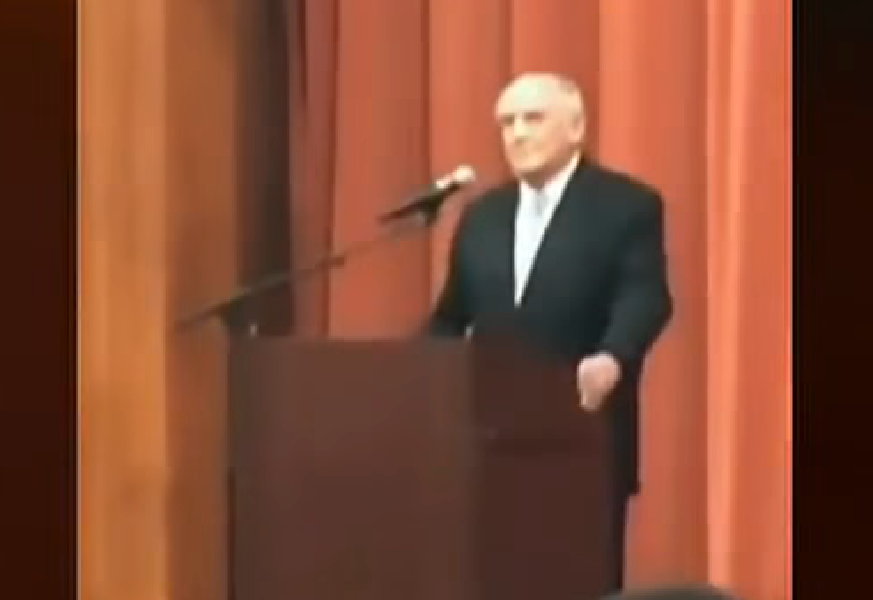 Faculty at Middlebury College in Vermont are speaking out in coordinated opposition to conservative Charles Murray’s return to campus.

Both the Committee on Diversity, Equity, and Inclusion and the Center for the Comparative Study of Race and Ethnicity (CCSRE) published pieces in The Middlebury Campus student newspaper decrying Murray’s upcoming return.

“We are certain that those who have invited him are not acting in good faith."

The committee’s article compares Murray to a “Flat Earth theorist” and Holocaust Deniers, while the race studies center calls him a “bigot”, a “pawn”, and says he is “not and has never been an academic."

“This is not a question of free speech,” insists the center, “but rather of wealthy corporations and elites protecting their interests in systemic inequality by attempting to hijack academic discourse while redefining freedom of speech as speech free of consequences.”

“We are certain,” the center continued, “that those who have invited him are not acting in good faith, nor are they doing the work to treat this topic in the manner we expect from those at an academic institution.”

The diversity committee concluded its statement by saying that  while the College Republicans are free to invite “whomever they wish” to campus, “they should be clear about why they are inviting certain people, and what the implications for these invitations are.”

“We are also left wondering where they want to draw the line on speech that is non-intellectual and harmful,” added the committee.

All seven professors who make up the Committee on Diversity, Equity and Inclusion signed on to the statement. The statement from the race studies center was signed by six members of the CCSRE Advisory Board. In a statement published by The Middlebury Campus, College Republicans Dominic Aiello and Brendan Philbin argue that bringing Murray back is necessary.

“[W]e believe that this freedom of academic inquiry must not only be professed but also practiced. For the Middlebury community to live up to its mission statement, it must be willing and able to listen to, understand and challenge controversial ideas like those put forth by Murray,” wrote the students.

“A college and its students should not only engage with ideas that run counter to their own beliefs, but they should also seek them. We believe that it is when our own perspectives are challenged — not reinforced — that we are able to develop as thinkers,” Aiello and Philbin added.

“We’d like to make clear that we not only welcome but also encourage any and all constructive forms of support or opposition to this event,” the College Republicans continued, “We are fervent supporters of the right to peacefully protest and look forward to receiving input from the community in the coming months.”

Neither the Committee nor the Center responded to requests for comment in time for publication.