A University of Nevada-Reno professor offered advice on what to do after hearing the phrase "Chinese virus."

The professor referred to the phrase, which has been used by President Donald Trump, as "racist." 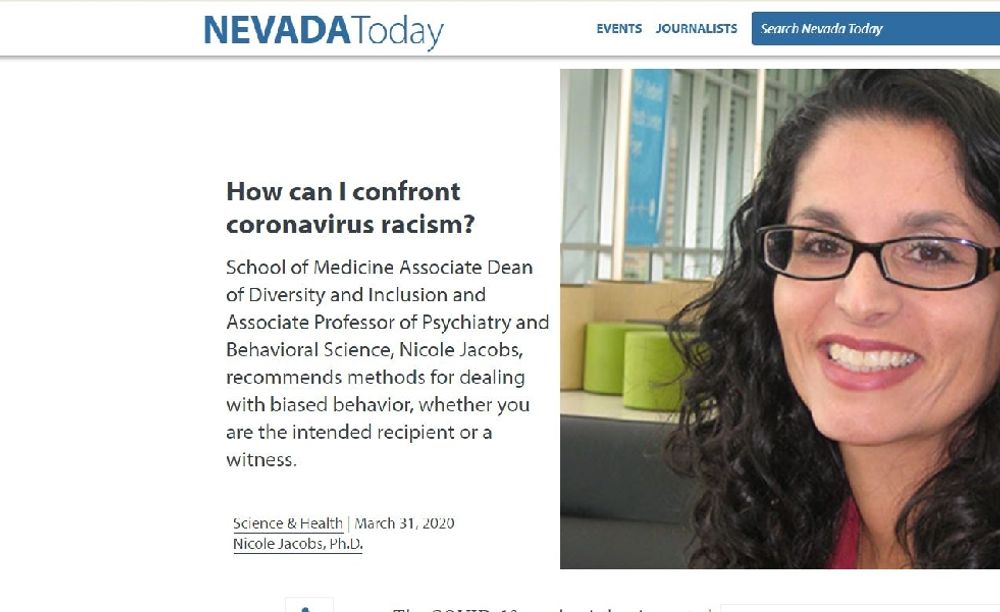 A professor at the University of Nevada, Reno encourages students and faculty to file bias reports to combat "coronavirus" racism.

Nicole Jacobs, associate dean of diversity and inclusion at the University of Nevada, Reno published an article on the university's website, encouraging readers to combat "coronavirus racism." According to Jacobs, Americans need to "ARISE" to become an "active bystander" and oppose "act[s] of racism and bias." To Jacobs, this also includes comments like "Chinese virus."

Jacobs instructs readers to "approach the source of bias with questions" like "why did you call it the Chinese virus" and respond with ‘I’ statements like ‘I am not okay with you referring to this as the Chinese virus’.

In addition, Jacobs also encourages readers to educate others that "we no longer name viruses after places."

She then asks others to help those who hear the term "Chinese virus" "debrief" after what she calls an "act of racism."

"You can be an ally by validating their response and affirming that what happened to them was unacceptable. For example, you may say, 'I’m so sorry you had to experience that. That comment was so wrong! No one deserves to be treated that way.' Offering your support can be very helpful to victims of racism, such as by saying, 'I’m here for you. Let me know how I can help.'"

Jacobs encourages anyone who hears another person use the term "Chinese virus" to file a "Bias Incident Report."

Similar Bias Reporting Systems have come under legal scrutiny in recent months. Speech First President Nicole Neily filed a lawsuit against the University of Michigan, which resulted in the university agreeing to change certain parts of its speech code as well as replacing its Bias Assessment Response Team with a separate system, called the Campus Climate Support system, which "cannot enforce discipline" on students.

Jacobs did not respond to Campus Reform’s request for comment in time of publication.

Clay Robinson is an Arizona Senior Campus Correspondent, reporting liberal bias and abuse on college campuses. He is a Junior at Arizona State University’s Barrett Honors College. Clay is pursuing a B.S. in Politics and the Economy and a B.S. in Civic and Economic Thought and Leadership. He is the Vice President of ASU College Republicans and the Communications Director of the Arizona Federation of College Republicans. Clay is also a Content Lead…