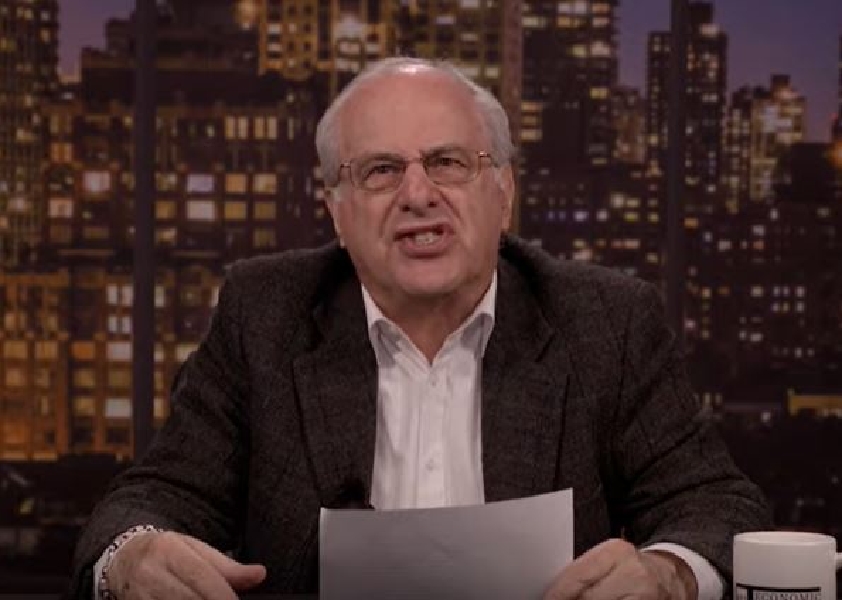 While the country’s frontline workers and leaders are working tirelessly to combat the effects of the recent COVID-19 outbreak, a visiting professor at The New School, a university in New York City, has blamed capitalism for the failure in handling the coronavirus outbreak.

In a video published March 31, Richard Wolff, a well-known professor of economics, claims that capitalism is to blame for the “mess" of coronavirus.

“Capitalism is stumbling all over itself. It’s proving it isn’t good for the mass of people. It made a mess of [coronavirus],” Wolff states.

[Related: Ivy League prof: Just give everyone an A]

The video was published on YouTube by Democracy At Work, a nonprofit organization founded by Dr. Wolff. The organization “analyzes capitalism critically as a systemic problem” according to its website.

Wolff also argues, in an article titled “Coronavirus: A Capitalist Crisis,” that President Donald Trump’s “blame” for the coronavirus outbreak on anything other than a failed capitalist system is "racist, divisive, and ignorant."

“Trump, his government, and the system he serves need to blame the Corona catastrophe in the United States on something other than U.S. capitalism,” Wolff says, “Official blame targets what Trump calls ‘the Chinese virus.’ Yet such blaming is racist, divisive, and ignorant.”

Throughout his career, Wolff has earned the distinction as a “Marxian Economist,” supporting ideology Karl Marx wrote about in The Communist Manifesto. Additionally, he is even credited as being one of the “greats of contemporary Marxian political economy.” He’s among 21 economists and professors to be considered a “great” of Marxist ideology.

Wolff did not respond to Campus Reform’s request for comment in time for publication.

Campus Reform reached out to Young Americans Against Socialism (YAAS) to speak about the implications of this line of thinking from Wolff.

Morgan Zegers, founder and CEO of YAAS, told Campus Reform that using a crisis like the COVID-19 outbreak to “normalize” socialist policies is nothing new for the American Left.

"Socialists love a good crisis. Growing feelings of fear and uncertainty present socialists with the opportunity to normalize their radical policies in the eyes of the general population,” Zegers told Campus Reform, “ Just like many socialist leaders and movements before them, the American left has been quick to seize the opportunity to push their usual talking points in reaction to the COVID-19 pandemic.”

Zegers told Campus Reform that using a crisis to push a socialist agenda, and telling lies about it is troubling. She went on to add that the best strategy ais to let the American government work with the private sector to remedy the stark effects of the outbreak.

“Most troubling, [the left] claims that by supporting emergency relief for average Americans, the conservatives are finally supporting socialism after all. These intentional lies cannot go unchecked. There is no greater strategy to fight this crisis than the government of the United States coordinating with the private sector to direct the full power of the American economy to get real results,” Zegers added.

Zegers, on behalf of YAAS, closed out by commending the efforts of Campus Reform.

“The work of Campus Reform to call out inaccurate and purposefully misleading lessons from leftist American professors is crucial to preventing a socialist America, especially during trying times like this,” she says, “Our team at Young Americans Against Socialism applauds Campus Reform's efforts to expose the socialist left's attempts to train our generation as their useful idiots."

Cameron Decker is an Arizona Campus Correspondent, reporting liberal bias and abuse on college campuses. He is a Sophomore at Arizona State University studying Civic and Economic Thought and Leadership and Global Agribusiness. Cameron currently serves as the Director of Outreach and Members for ASU College Republicans. His passions include servant leadership, policy, and agriculture.