One Harvard professor is making a full-force argument against homeschooling as parents around the country have been forced to adopt the practice.

The professor argues that homeschooling grants parents "authoritarian control over their children." 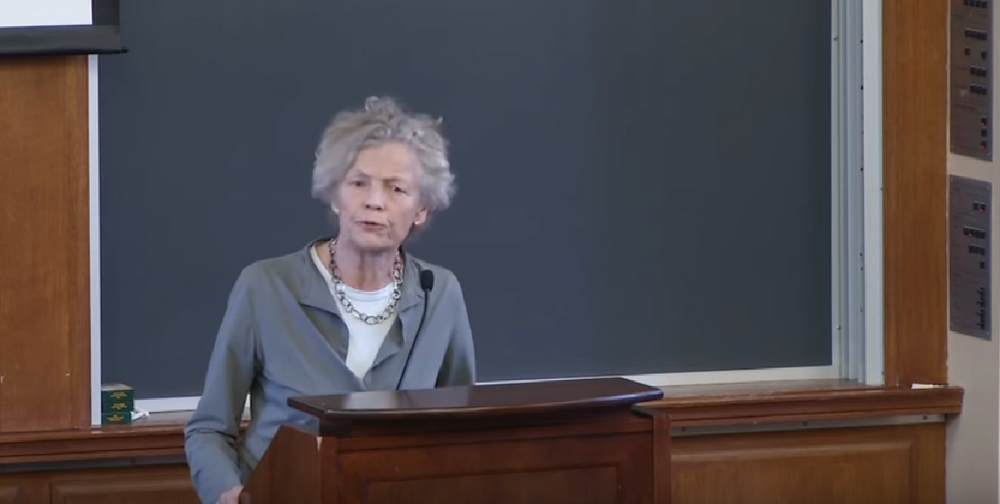 As the coronavirus crisis has suddenly made millions of parents across America de-facto home school teachers, one Harvard Law professor wants to make sure this does not become the new normal, by actively advocating to revoke parents' rights to home school their own children.

A recent piece in Harvard Magazine titled "The Risks of Homeschooling" highlighted the arguments of Harvard Law professor Elizabeth Bartholet, who argues that the practice of homeschooling is an inherent violation of children's rights, and should, therefore, be banned.

Bartholet, the director of the Law School's Child Advocacy Program, specifically cites the right to a "meaningful education" and concerns about potential child abuse due to homeschooling. Bartholet argues that current homeschooling laws include "very few requirements that parents do anything," and laments that some homeschool parents are “extreme religious ideologues." This is a problem, according to Bartholet, because children should be introduced to "democratic values, ideas about nondiscrimination and tolerance of other people's viewpoints.”

The professor pushes back on the belief that parents should have absolute rights over what they expose their children to, arguing that banning homeschooling does not impede on “very significant rights to raise their children with the beliefs and religious convictions that the parents hold.”

“The issue is, do we think that parents should have 24/7, essentially authoritarian control over their children from ages zero to 18? I think that’s dangerous,” Bartholet argues.

“I think it’s always dangerous to put powerful people in charge of the powerless, and to give the powerful ones total authority," she added.

Reason Foundation Director of School Choice Corey DeAngelis told Campus Reform that this statement from Bartholet is "beyond parody," adding, "it's unbelievable she doesn't realize that using government force to ban homeschooling is the definition of authoritarianism."

While Bartholet assures that she believes in some instances where parents would be qualified to homeschool, the burden of proof of qualification to do so should be on the parents. “We have an essentially unregulated regime in the area of homeschooling,” she laments, adding that advocates for the practice "basically get their way" because “there’s really no organized political opposition."

DeAngelis called out the professor on Twitter soon after the Harvard Magazine article.

"The elites are terrified that families are figuring out they can educate their own children at home," he wrote.

He followed up with an observation about the illustration that Harvard Magazine ran alongside the article, which "shows a sad homeschool child imprisoned in a house while the other kids are outside playing. Notice the house is made of books, one of them being the Bible."

I just noticed the bizarre cover image used for the Harvard Magazine article.

It shows a sad homeschool child imprisoned in a house while the other kids are outside playing.

Notice the house is made of books, one of them being the Bible 😱👻 pic.twitter.com/IZfaVuIA0G

"Imagine thinking: (1) That a home is a prison whereas a compulsory government school is not. (2) That homeschool children don't go outside to play," he added.

This is barbaric. Myopic. And unconstitutional. https://t.co/9rqmjM0k9a

"The appeal to anti-religious bigotry in the article and the image is alarming as well. I'm not religious myself, but I understand that all families have the 1st Amendment right to exercise religion even if some Ivy League elites don't like it," DeAngelis told Campus Reform.