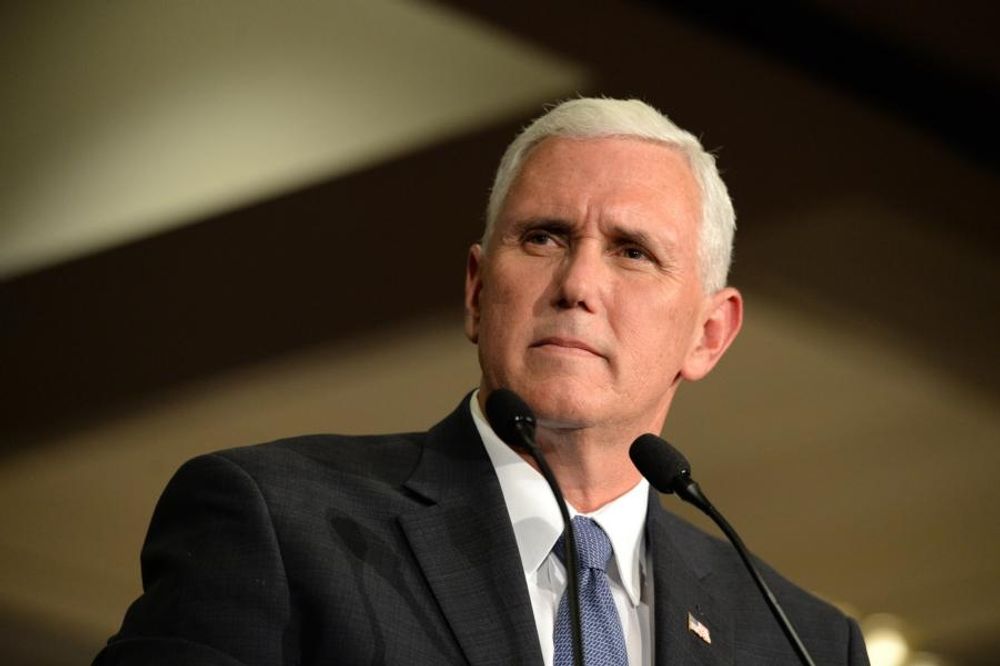 A Twitter account operated by the George Washington University's Elliot School of International Affairs retweeted three separate tweets on  Tuesday, all critical of Vice President Mike Pence’s choice not to wear a mask during his recent visit to the Mayo Clinic.

The first of the set of tweets was from an account called “Resist!” and called Pence’s refusal to wear a mask the “worst case of arrogance I’ve seen.”

“And WE pay his salary,” read the tweet. “Horrible role model. They should have insisted! @MayoClinic @VP #MikePence #PenceIsAnIdiot #penceunmasked”

The tweet from Resist included a tweet from another account calling Pence “arrogant and disrespectful,” and his actions “shameful” and “a slap in the face to those who are giving their lives…” This language was visible on the official university twitter profile. 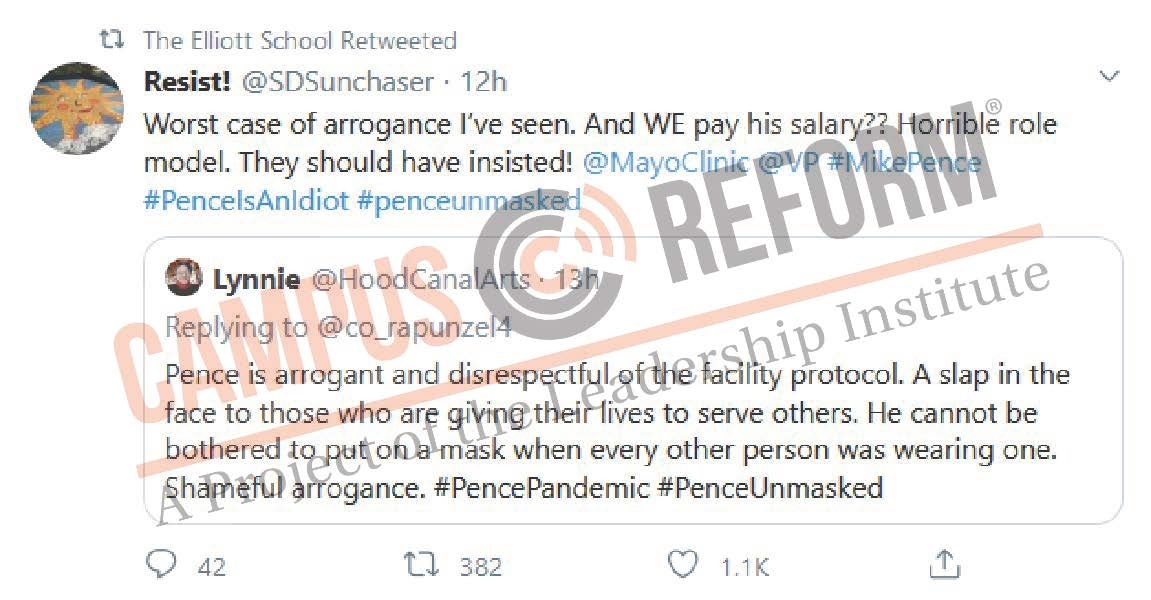 “I’m SO SHOCKED that Pence couldn’t follow instructions and wear a mask at the.@MayoClinic,” read the next tweet. “Stunned. Amazed. Bewildered. NOTE: I am none of these things. #pencemask #PenceIsAnIdiot” 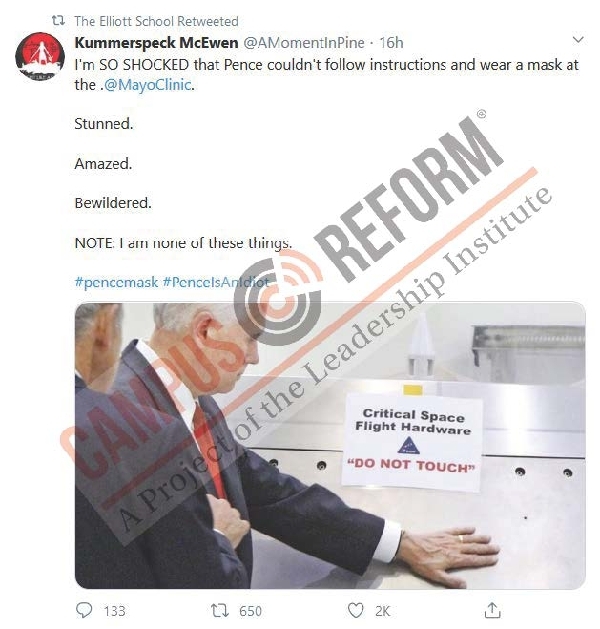 The Elliott School also retweeted a statement, saying, “Man who walks out of a football game because he thinks kneeling players are disrespecting our flag disrespects ALL healthcare workers putting their lives on the line by not wearing a mask."

These tweets remained live on the university’s account for less than a day, before they were removed late Wednesday afternoon.

The university has not responded as to why they were removed.