Georgetown gives raises after getting millions in coronavirus aid

As workers around the country experience job loss and salary cuts, graduate assistants at Georgetown University got higher wages and more benefits.

The move comes just weeks after the university, with a $1.4 billion endowment, received more than $6 million from American taxpayers. 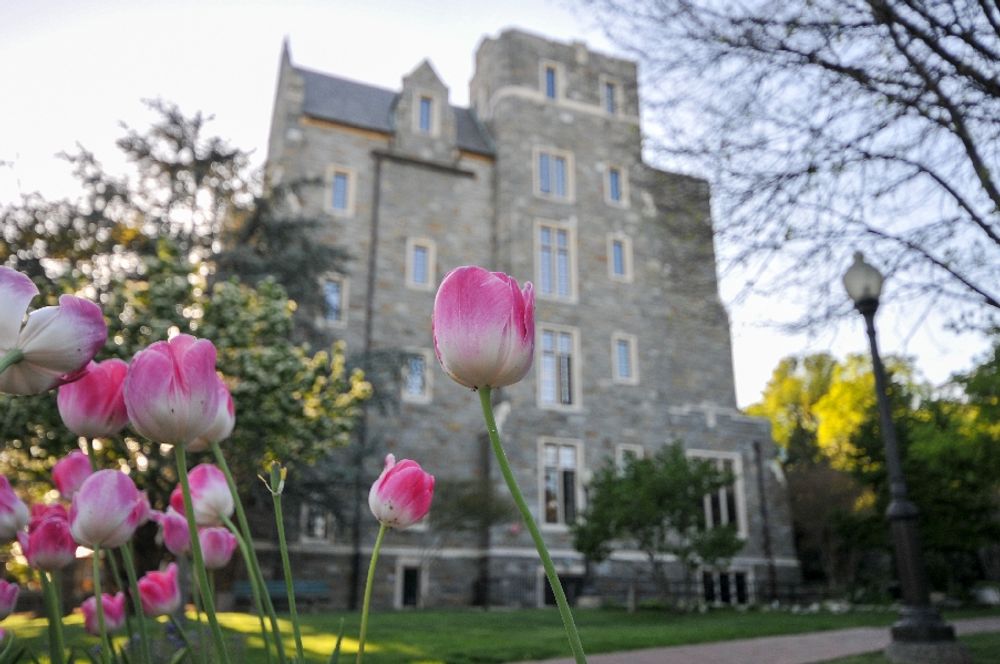 Trending
Could not load trending articles
Addison Smith | Reporter
Wednesday, May 13, 2020 9:48 AM

People around the country have experienced job loss by the millions as the coronavirus continues to loom over the nation. In April alone, 20.5 million Americans lost their jobs, putting unemployment at over 14.7 percent. Overall, more than 33 million have filed for unemployment- approximately 4.7 million per week. In Washington D.C. alone, more than 81,000 have been laid off as of late April.

Due to coronavirus restrictions in place, “essential workers” are also getting their paychecks slashed across the country. Oregon hospital system Legacy Health recently informed 6,000 hospital employees that their pay would be cut, they will get up to 15-day furloughs, or even both. Maryland hospital workers faced a similar hardship, as many have also undergone pay cuts and furloughs.

[RELATED: Georgetown sues US for not giving money to illegal immigrant families]

However, some college students in Washington D.C. have managed to get just the opposite kind of treatment amid the COVID-19 pandemic. After years of efforts against the administration, graduate assistants at Georgetown University have reached their first union agreement with the school for a significant pay raise and employment benefits.

According to the Washington Post, the union contract benefits more than 1,000 employees by giving graduate student workers annual raises of at least two percent. Master's program hourly workers are set to earn 44 percent more per hour, and assistants in doctoral programs will see their annual stipends increase from $31,000 to $35,000.

According to the Post, student efforts to reach an agreement began in 2017, when students beseeched university president John DeGioia to agree to their terms after many private universities allegedly shut down other student union attempts.

The National Labor Relations Board does not protect private grad students’ union organization efforts under Section 2(3). As a result, private schools have no obligation to consider student unions' requests. Georgetown initially took this stance, when the Georgetown Alliance of Graduate Employees (GAGE) sent a letter to DeGioia condemning the school for its “unjust policies,” citing that private schools are “using [Trump’s NLRA changes] to stall and thwart graduate worker unionization efforts.”

“We celebrate Georgetown’s resistance to the unjust policies of this administration, and we trust that this institution will not betray its moral courage by using the NLRB changes to harm working members of our community,” the letter continued.

Rising Georgetown University junior Jade Glab told Campus Reform that she views this as a smart business move by a university that, like most, will likely run into increased difficulty attracting students

“Universities run like a business. They have to... they have to increase their incentives for students to want to stay,” Glab told Campus Reform, saying she thinks this move could help GU draw more students.

“I definitely think [the contract] was the right move on Georgetown’s part... When you’re looking for top students, they are going to go with the most competitive salary with the best benefits. If they want to be a top research institution, then they really have to provide those benefits,” she added.

Glab also said that the expensive cost of living in D.C. makes the agreement even more reasonable.

“Out of all the places to get a Ph.D. [D.C.] is one of the most costly places to live. It has some of the most expensive real estate, median home value is well into the 600k [although] Ph.D. students are not getting the most expensive property, rent is still really expensive… Given that the university has so many resources, I kind of understand the move,” added Glab.

Georgetown University's endowment was $1.4 billion in FY 2017, according to the most recent data from the National Center for Education Statistics. The elite Washington, D.C. institution received $6.1 million in taxpayer funding from the Coronavirus Aid, Relief, and Economic Security (CARES) Act, passed by Congress in March.

“We are pleased to have reached this tentative agreement with GAGE/AFT and look forward to the result of their ratification process,” a  Georgetown University spokesperson told the student newspaper The Hoya before the contract's ratification. “We are grateful for the leadership and collaboration shown by both parties in order to reach an agreement in these challenging times.”