Fellow student government members claim that Stephanie Martinez's views on immigration are the reason for her impeachment.

A Change.org petition calls for the removal of a Loyola Marymount student senator for “dehumanizing” statements. 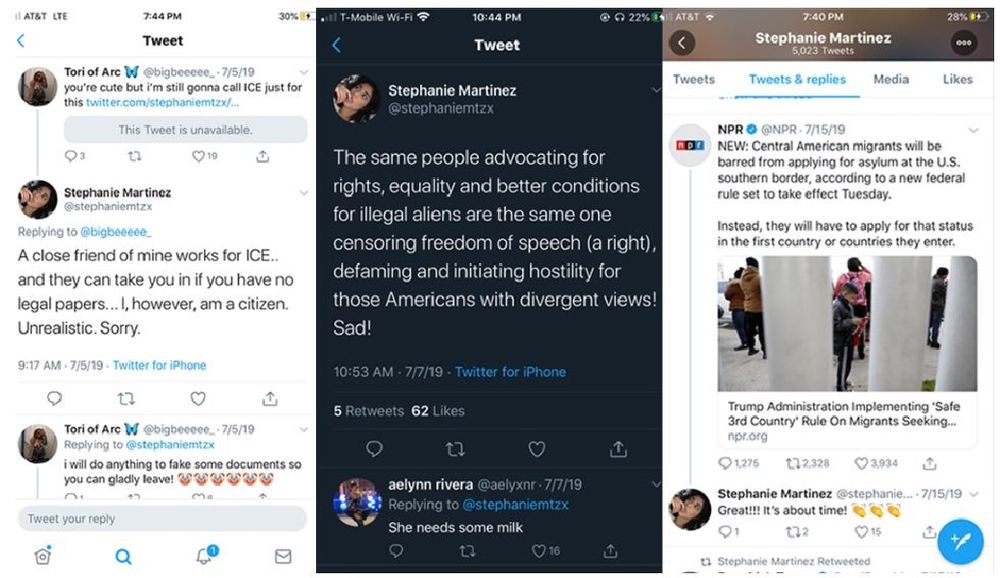 A petition calling for the removal of student Stephanie Martinez from her position as a senator for diversity and inclusion in Loyola Marymount University’s student government alleges that she published “dehumanizing” statements about illegal immigrants on her Twitter account.

The petition, which has amassed more than 260 signatures, alleges that political statements made by Martinez were unacceptable.  The petitioners claim that Martinez’s “used derogatory and dehumanizing language about immigrants” and “supported detention centers,” referring to temporary pre-trial custody of illegal immigrants. They also claimed Martinez “threatened to call ICE in her tweets.”

As a consequence of her alleged online behavior, the petition demands that Martinez be removed from her position as a student senator. The document asserts that “ASLMU must act in the students’ best interests and safety by impeaching” Martinez.

The petition credits itself to a report from Agency, a decidedly left-wing blog independently published by students at Loyola Marymount University.  In the Agency article, photographs showing Martinez with Trump paraphernalia and screenshots where she supports the president’s immigration policy are showcased.  The blog post generally portrays Martinez’s conservative views as racist in and of themselves.

Among the tweets in question is one from July 4, in which Martinez poses next to a Trump 2020 flag, with the caption, "Happy Birthday 'Merica." Other tweets called into question by Agency include one in which Martinez responds to a user saying "I'm still gonna call ICE just for this." The user was responding to a tweet from Martinez that appears as "unavailable."

"A close friend of mine works for ICE and they can take you in if you have no legal papers...I, however, am a citizen. Unrealistic...Sorry," Martinez tweeted. Another tweet from Martinez stated, "The same people advocating for rights, equality, and better conditions for illegal aliens are the same one [sic] censoring freedom of speech (a right), defaming and initiating hostility for those Americans with divergent views. Sad!"

The third tweet from Martinez was a response to an NPR headline that Central American migrants would be barred from applying for asylum in the United States. "Great. It's about time," Martinez responded.

Young Americas’ Foundation, the parent organization of Young Americans for Freedom, which has a chapter at Loyola Marymount, published an article detailing the liberal bias against Martinez.

“It is despicable how a student-run ‘news source’ is allowed to demoralize people with opposing viewpoints and distort those viewpoints to their own convenience,” Martinez told that outlet.

Martinez and the ASLMU did not respond to Campus Reform’s request for comment.

As of May 14, Martinez's name still appears on the website listing student senators at Loyola Marymount.