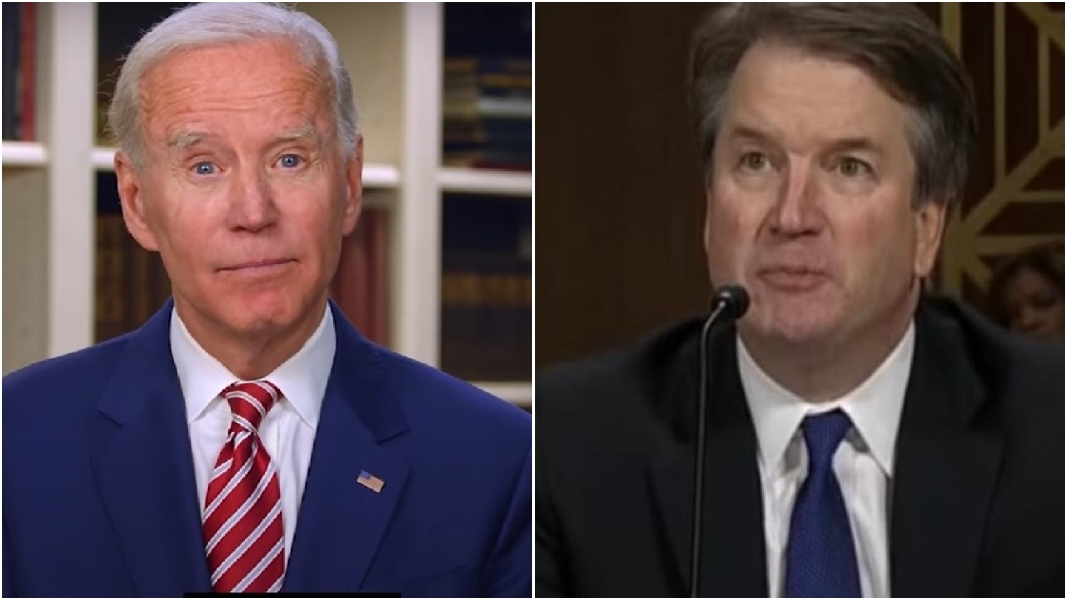 In 2018, both faculty and students at Columbia Law School united against the confirmation of Kavanaugh to the Supreme Court. Students organized sit-in protests, and over thirty faculty members signed a petition against Kavanaugh’s confirmation.

“To begin with, the Kavanaugh confirmation hearings came in the wake of an unprecedented, unprincipled, and nakedly partisan refusal to consider the Obama appointee to the Supreme Court..."

The petition, which was presented to the U.S. Senate, was published by The New York Times. It argued that Kavanaugh “displayed a lack of judicial temperament that would be disqualifying for any court.”  Instead, Kavanaugh should have tried “to sort out with reason and care the [sexual assault] allegations that were raised” by Dr. Christine Ford.

Similarly, Biden has been accused of sexual assault by former staffer Tara Reade, as well as “inappropriate touching” by several women. Biden has denied the allegations but refuses to open the records at the University of Delaware that could contain information regarding the alleged incident with Reade.

But while Columbia Law School faculty were outspoken in their opposition to Kavanaugh's confirmation, they didn't seem to mind Biden speaking at the virtual commencement. In the school’s statement announcing Biden as its commencement speaker, Columbia Law School Dean Gillian Lester called Biden “synonymous with public service.”

“His enduring and exemplary career as a leader, lawyer and public servant sets an example for our students as they prepare to begin their own course as legal professionals,” wrote the dean.

Fox News recently spoke with notable anti-Kavanaugh Columbia Law professors about their voiced opposition against the justice and silence on Vice President Biden. Columbia Law School professor Jeffrey Fagan, who also signed the petition against Kavanaugh, attributed the lack of outrage over Biden speaking to the coronavirus.

"I suspect that since most of the students have been gone since mid-March, and their minds have been focused on figuring out how to study for finals during lockdown, and because the 3Ls are worried about whether their job offers are still good, the Biden issues aren't foremost on their minds," Fagan told Fox News.

Law professor and co-director of Columbia Law School’s Global Markets center Jeffrey Gordon admitted to Fox News that his outspoken “opposition to Judge Kavanaugh’s confirmation was not based on the allegations by Dr. Ford, per se.”

He also added that he “disbelieves” Tara Reade’s allegations “in light of extensive reporting by Vox, Politico, PBS and others” linking to a New York Magazine piece casting doubt on the allegations.  However, in the case of Kavanaugh, Gordon says he "tended to believe Ford's allegations."

Gordon defended Columbia’s decision to have Biden speak at commencement, telling Campus Reform that the presidential hopeful was “invited to speak only because he had a granddaughter in the class; otherwise the University's customary non-partisanship rules would not have permitted it.  But there is an exception for family members.”

"I don't see a lack of commitment to judicious inquiry... what I've seen in the news is that [Biden] has called for transparency, I believe he's called for records to be released," Mitts continued.

The fact remains that records potentially pertinent to the case remain under lock and key at the University of Delaware, which refuses to release them because, as the university told Campus Reform, the records are "still being processed," and there are "many items yet to be cataloged” after the school received them in 2011.

Columbia Law School professor and member of The Center on Capitalism and Society Andrzej Rapaczynski describes himself as “one of very few Republicans on Columbia law faculty.” He explained differences between the Kavanaugh and Biden cases to Campus Reform. While Rapaczynski says he is a "Republican," Federal Election Commission records indicate that in 2006 he donated $100 to ActBlue, a liberal fundraising arm.

“To begin with, the Kavanaugh confirmation hearings came in the wake of an unprecedented, unprincipled, and nakedly partisan refusal to consider the Obama appointee to the Supreme Court, followed by the 'atomic weapon' repeal of the filibuster with respect to Supreme Court appointments,” Rapaczynski told Campus Reform.

Noting why he opposed Kavanaugh’s confirmation, the professor said, “Kavanaugh’s conduct at the confirmation hearings – entirely independently of whether the accusation of sexual misconduct against him had any merit – was below the lowest acceptable standards of judicial behavior.”

“His lashing out at political opponents, his paranoid ranting about the accusations against him having been trumped up by the Clintons in revenge for his past work in the Starr investigation, and his generally uncontrolled and undignified reaction revealed that he did not have the judicial temperament required of any U.S. judge, to say nothing of a Justice of the Supreme Court,” Rapaczynski stated.

“As a lifelong supporter of the Republican vision of the country, and as a teacher of the legal foundations of the American system, I was deeply depressed, indeed disgusted, by this undignified behavior of both the nominee and the senators who were undermining the authority of the institutions I had admired ever since I started my legal studies.”

“I don’t see any analogy to the Biden situation,” Rapaczynski insisted.

Columbia Law School professor of law Avery Katz told Campus Reform that he and his colleagues in fact “did not oppose Justice Kavanaugh's appointment based on the sexual assault allegations against him.” “Rather, our objection was to the extraordinarily injudicious and partisan way that he responded to those allegations in his Senate hearing,” reasoned Katz.

Katz went on to assert that Kavanaugh’s case was more critical because he was up for the position of Supreme Court Justice rather than President of the United States. “A second important distinction is that Justice Kavanaugh was not a candidate for political office, but was being considered for a lifetime judicial appointment. As a lawyer and law professor, I have no greater expertise than any citizen on the fitness of political candidates – there is plenty of time between now and November for all of us to decide whether the allegations against Vice President Biden have merit, and on the implications for our votes if they do,” he explained.

Katz told Campus Reform he signed the petition against Kavanaugh because he has “a professional stake in the integrity and impartiality of the judiciary.”

Kavanaugh published an op-ed in the Wall Street Journal in October 2018 defending his response to the allegations levied against him. He described his testimony as “forceful and passionate” which reflected his ”overwhelming frustration at being wrongly accused” and “deep distress at the unfairness of how this allegation has been handled.”