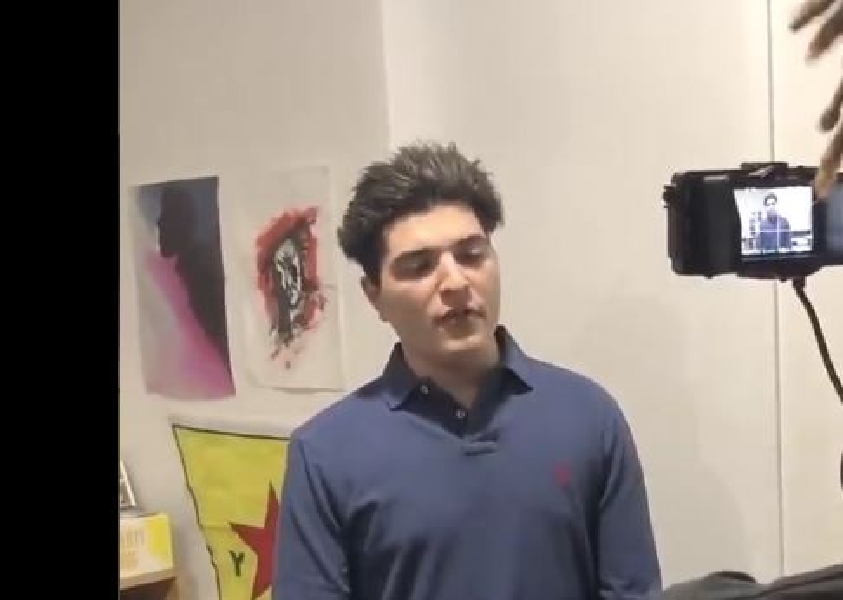 An Australian student says he was suspended for two years following his lead role in organizing campus protests criticizing the Chinese Communist Party. Drew Pavlou, a 20-year-old student who was just six months away from graduation, said he learned of his suspension in an email he was told to keep confidential.

“The University of Queensland has expelled me for two years for criticizing the Chinese Communist Party,” Pavlou said in a tweet. “They gave no reasoning and threatened consequences if I breached the confidentiality of their decision. I will immediately appeal to the Supreme Court.”

The University of Queensland has expelled me, an Australian student, for attacking the Chinese government’s human rights record. Twenty per cent of their revenue comes from China, so my pro-Hong Kong activism threatened their business model. pic.twitter.com/N2KUEveUgT

“This is a clear attempt to silence me for my political activism and further to nullify my senate term and destroy the democratic process that put me there. All these proceedings are an attempt to protect dirty UQ - CCP business interests.”

“Refusing to provide exonerating evidence,” his tweet response continued, “calling no witnesses and providing no reasoning for my expulsion during a secret hearing no one was supposed to know about. What an amazing standard UQ has set in regards to transparency - at least by Beijing’s standards.”

Refusing to provide exonerating evidence, calling no witnesses and providing no reasoning for my expulsion during a secret hearing no one was supposed to know about. What an amazing standard UQ has set in regards to transparency - at least by Beijing’s standards.

Pavlou’s suspension comes after he left a hearing on May 20, calling it a “Kangaroo Court” because two out of three of the panel members work for the university and the panel allegedly denied him access to internal documents.

The suspension covers his entire remaining term as a student senator, a move he told The Australian was “a political reprisal against me for my vocal activism and an attempt to invalidate the results of my democratic election to the UQ senate on a platform opposing the Confucius Institute and CCP influence at the university.”

In a video statement posted Friday, Pavlou claimed one-fifth of UQ’s revenue comes from China, saying “This is an indication of just how deep Chinese government influence now goes in Australia and across the world that an Australian student is now being expelled from campus for their activism critical of the Chinese government’s human rights abuses.”

[Related: Here are the Chinese 'propaganda' centers currently operating in the US]

In a statement, UQ's Chancellor Peter Varghese said he was advised of the outcome of the disciplinary action today.

"There are aspects of the findings and the severity of the penalty which personally concern me," he said, according to The Guardian.

"In consultation with the Vice-Chancellor, who has played no role in this disciplinary process, I have decided to convene an out-of-session meeting of UQ's senate next week to discuss the matter."