Students were encouraged to enroll in a course on "combating whiteness."

DU faculty members warned attendees of conservative groups that will “roll up on” campus in the run-up to the November election.

The University of Denver held an online workshop at the end of the spring semester focused on challenging “whiteness” and using “transformational resistance” tactics.

Among other topics, DU faculty spoke about the types of “white students” that they can get to “do [their] bidding.”  One student activist featured as a panelist spoke about the “white supremacist conservatives,” that she claimed to be a prominent presence on campus and encouraged students to enroll in a new course titled “Critical Whiteness Studies.”

Johnny Ramirez, a postdoctoral fellow at DU, hosted the workshop. He stated several times that a primary objective of the online seminar and the activism it promoted was to counter the conservative student groups on campus.

"DU is one of these campuses that these conservative groups start to pamphlet and they start to roll up on," Ramirez claimed.

"They'll find some way to social media campaign or something and blitz the DU campus or DU social media sites with their conservative, racist kind of rhetoric."

The virtual workshop also hosted a small panel of guest speakers which included Dartmouth Professor Shamell Bell. Ramirez introduced her as a prominent dance-activist and invited her to speak about her unique work.

When speaking about the classes she teaches at Dartmouth, Bell said, "I only have one white student every class."

Ramirez interrupted, "They all know how to register right on time."

"And those are the white students that we get to do our bidding," Bell followed up.

The seminar also included several student activists from California and New Mexico, as well as two DU students who spoke about their activism efforts.  One of the DU students spent some time talking about "Critical Whiteness Studies," a relatively new class offered at the university.

She described the final assignment as a class-wide project that "combats whiteness on DU's campus."

The same student closed out the seminar by sharing her experience with activism at DU and stressed the importance of future efforts.

"There are a lot of white supremacist conservatives on DU's campus," she said in her final remarks.

"I came to DU to hear from a wide array of people and learn different perspectives," Burns said.

"I hope that faculty members of our DU community would be more tolerant of ideas that are not their own. As the campus coordinator of the only conservative group on campus, I am curious as to what 'racist' rhetoric I am displaying, especially since I am African American."

This virtual event was hosted by the Interdisciplinary Research Institute for the Study of (In)Equality (IRISE) at the University of Denver. IRISE describes itself as "an incubator for faculty and students to engage in the development of cutting edge interdisciplinary research on issues of inequality, social justice, and inclusivity" on its website.

University of Denver media relations told Campus Reform that the university administration was not aware of the online workshop. The spokesman did give a statement on the comments made by DU faculty involved with the seminar.

“Academic freedom means that a professor can say, within bounds of decency, what he wishes. But that does not mean he speaks for the University.”

The promotional graphic used to promote the event on social media depicts Denver Boone, the school's controversial unofficial mascot, being shot in the head by arrows. Each of the arrows is respectively labeled: knowledge, unity, organizing, healing, and courage.

“Students will be introduce [sic] to examples of student resistance, protest, & activism; paying close attention to creative and cultural ways of transformational resistance,” read the flyer.

This online workshop, titled “Teach-In 2 Teach-Out,” was session two of what appears to be a series. No further sessions have been announced at the time of publishing this article. 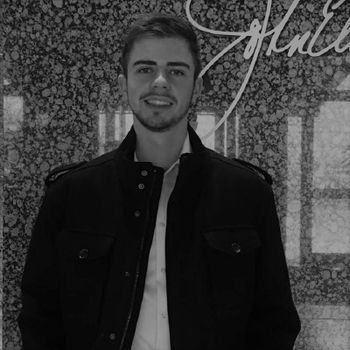