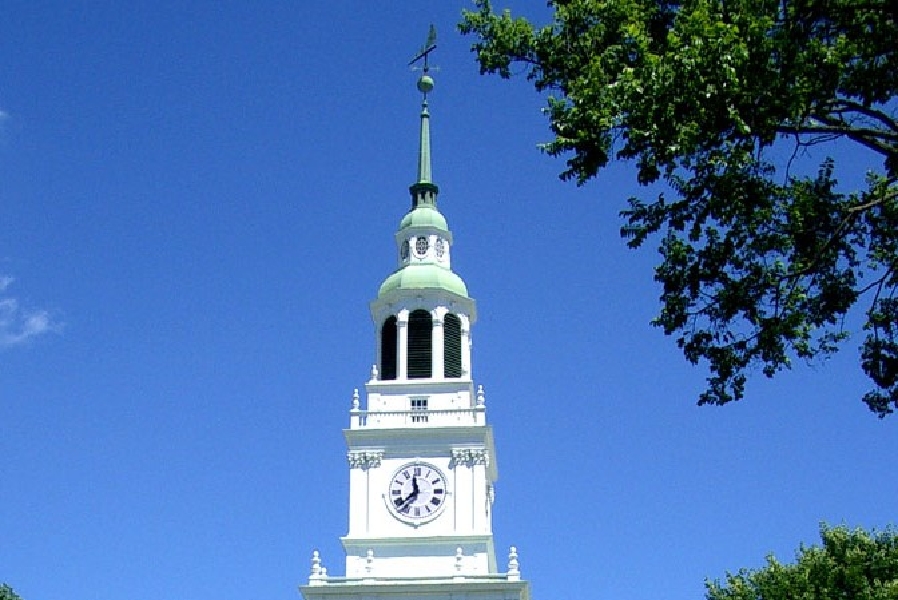 Dartmouth College has agreed to students’ demands to remove the weather vane from a library tower on campus.

“The time has come to take down the Weather Vane that symbolizes the degradation and annihilation of Native Americans by white colonists,” reads a petition started by Dartmouth alumnus David Vincelette, who describes the weather vane as “a caricature of a young male Native being 'educated' by the white schoolmaster. The Native American is smoking a pipe of tobacco while the white man has a keg of rum.”

The “white schoolmaster” Vincelette describes is Eleazar Wheelock, the founder of Dartmouth College, who is shown in the weather vane as giving a lecture to a Native American student. “The depiction is a sad reference to the plight alcoholism and drug addiction played in the stealing of native lands to found Dartmouth College,” Vincellette writes.

Dartmouth said on Monday that it will replace a decades-old copper weather vane affixed to the library tower, citing its offensive depiction of Native Americans. The weather vane depicts the college founder, Eleazar Wheelock, and a Native American. https://t.co/K69E1sZOhi pic.twitter.com/VCMOI58e3Q

Originally, Dartmouth was established with the aim of educating Native Americans; however, it was not until 1970 that the school started its Native American Program and then-president of Dartmouth College John Kemeny called on admissions officials to actively recruit Native American students.

“Dartmouth must recognize that the weather vane flaunts a racist depiction in the face of all the meaningful and beautiful progress that has been made,” the executive board of the Native Americans at Dartmouth wrote in a statement obtained by Valley News.

The group concluded that the weather vane’s removal “would be a welcome and long-overdue change.”

Before NAD released its statement Friday, around 100 people had signed Vincelette’s petition. As of Tuesday, that number was more than 700.

Dartmouth announced Monday that the weather vane would be replaced.

"It is clear that the images portrayed on the weather vane do not reflect Dartmouth's values," President Phil Hanlon said in an announcement..

“We are tremendously proud of our historic—although at times flawed—commitment to welcoming and educating our accomplished Native American students,” he writes. “We are equally proud of the contributions Native Americans have made to Dartmouth's founding and to the current strength and distinctive character of our institution."