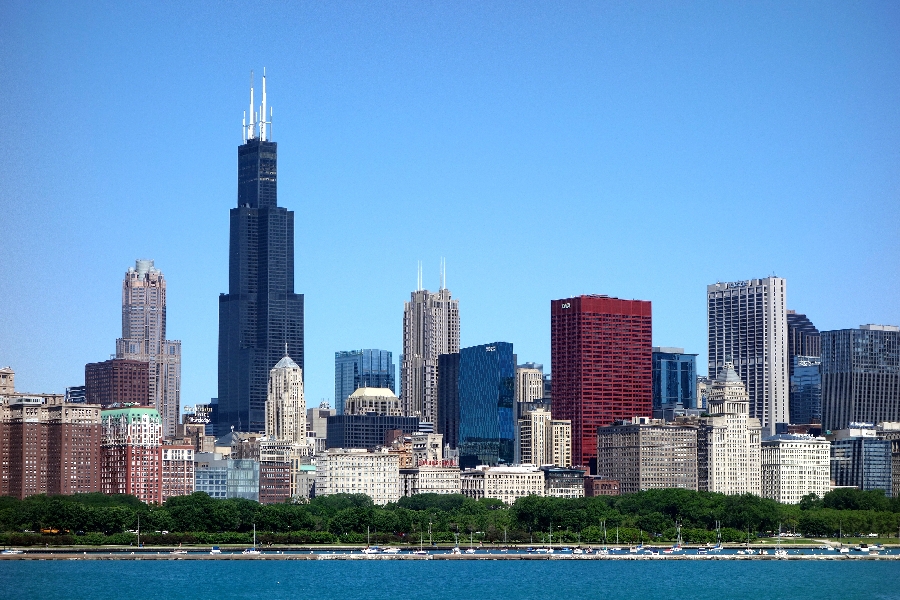 As the crime rate in Chicago skyrockets, students at one Windy City university are demanding fewer police officers.

Students from the DePaul Socialists and Students Against Incarceration-SAI DePaul co-hosted the event ‘DEFUND THE POLICE: DIVEST DEPAUL’. The event was held to protest the university’s relationship with the Chicago Police Department.

"...police departments across the country, but particularly CPD, have been known to receive training from the Israeli military.”

One student described the perceived need to divest to the campus newspaper, saying, "it’s not necessarily Black lives on face value, but the black struggle is inherently intertwined with other struggles, it’s so interconnected we can’t just reform it, we must divest."

Earlier this year, The DePaulia student newspaper reported students having heightened anxiety toward crime occurring on and near the campus, despite the general perception that the school is in a safe area.

“There is scary stuff happening around here and I think it’s growing too,” said Student Jonathan Nevarez. “When I commuted the first year and lived in Lincoln park the second there wasn’t really much of anything and then this past year there’s been a lot more severe stuff happening.”

It was also reported that there were on campus increases in the number of robberies, liquor law violations, dating violence, and stalking.

In an effort to give students tools to defend themselves under these conditions, Chicago Police Department Sheriff Mike Marterie gave DePaul students advice to not “ever wear two earbuds when walking day or night.”

“Always have your keys in your hand with the key sticking out, it makes a great weapon if you have to defend yourself,” added Marterie. “Stay off the train especially after dark. When walking, keep your face out of your phone and always look at people walking towards you and look behind you often. Also, look at what people are wearing."

Students are also protesting the relationship that DePaul University has with the Chicago Federal Order of Police, which allows police to receive a 25 percent reduction in tuition at the university and a 75 percent reimbursement from the city of Chicago, along with the possibility of receiving a full reimbursement on courses taken through the university.

The DePaul Socialists and Students Against Incarceration groups also called for the school to participate in the “Ban the Box program,” a movement that suggests employers not ask people about past criminal convictions. Other demands include payment for university food service workers who were fired due to the circumstances of the coronavirus pandemic, a call for the support of the Boycott, Divestment, Sanctions (BDS) movement, and a demand to have less ICE presence on campus.

The DePaul Socialists took to Facebook to clarify their reasoning for defending the other movements writing, “CLARIFICATION FROM BLACK MEMBERS CONCERNING SUPPORT OF BDS: We called this protest first and foremost in support of BLM and defunding the police. Defunding the police is integral to the greater goal to end imperialism. We say this because we are anti-capitalist and we understand that imperialism is a tool of capital that has been used to enslave our ancestors just as it is now used to cut down the lives of Palestinians.”

“Today, Chicago police are trained by the Israeli Defense Forces (IDF) which is leading the occupation and genocide of Palestinians. During Ferguson and every other BLM protest following, Palestinian activists reached out to black protesters and offered solidarity and support...” wrote the group.

The DePaul Socialists told Campus Reform, “Our protest had the following demands for DePaul University specifically: Cut ties with the CPD and FOP. DePaul has a unique relationship with these institutions which is why we took a localized approach to this demonstration."

The group went on to clarify that its movement to “support the Boycott, Divest, and Sanctions movement against Israeli products" is based in the belief that "police departments across the country, but particularly CPD, have been known to receive training from the Israeli military.”

The group also says it seeks to compel the school to “allocate funds that would be going to these institutions toward making sure Chartwells workers get paid in the face of this pandemic as well as police brutality (the majority of these workers are Black and/or Latinx) and to students experiencing incarceration.”

“Ban the box inquiring about criminal history on applications. We did not make any specific demands about police presence on campus, though, to be clear, we are police and prison abolitionists and believe that justice for Black lives and the world in general will not come until those institutions are eradicated. This is the outcome we seek long-term from defunding police on our campus and in our city. We are not aware of any University response to our action.” they added.