He resigned from his position after the university’s graduate student union campaigned for his removal.

The senior vice president of research and innovation at MSU was attacked on Twitter and accused of being “racist” and a “eugenicist.” 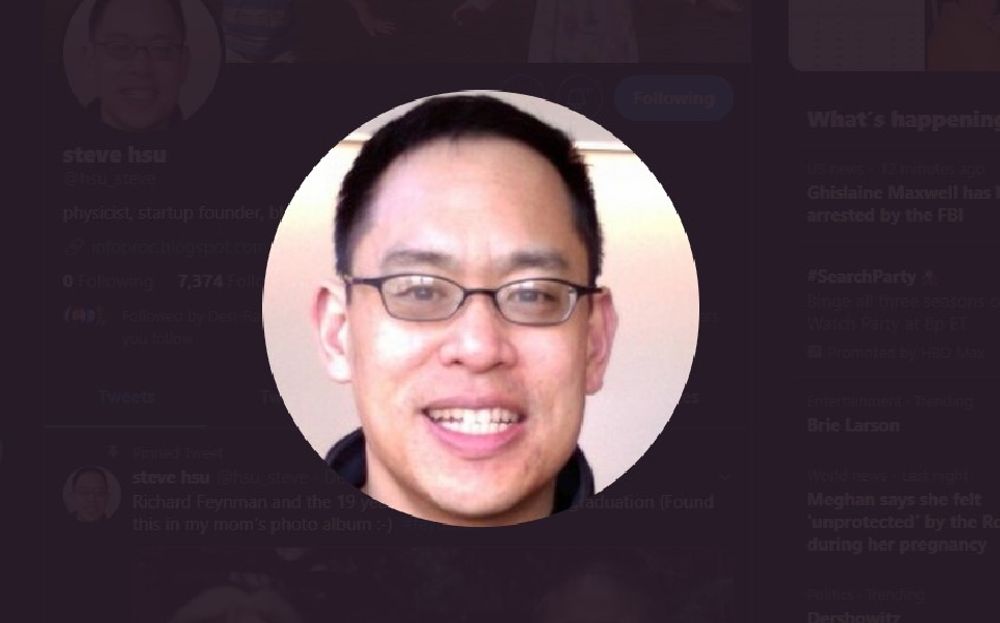 Stephen Hsu, a professor and the senior vice president of research and innovation at Michigan State University, resigned from his research position under pressure from the school’s leaders and graduate student union.

The Michigan State Graduate Employees Union accused Hsu on Twitter of being a eugenicist and of conducting research it described as racist sexist. As evidence, the union shared multiple posts from Hsu’s blog in which he discussed assorted research, unearthing comments he wrote as far back as 2008, and claiming to conclude from them that Hsu believes in “innate biological differences between human populations, especially regarding intelligence.”

Today for #ShutDownAcademia #ShutDownSTEM, the GEU and its coalition partners in the STEM community are calling for the removal of Stephen Hsu as VP of Research and Graduate Studies at @michiganstateu.

The MSU GEU does not acknowledge that Hsu participated in none of the studies he referenced on his blog, but rather offered commentary on them. The GEU claimed that he advocated for biological differences between races in a 2018 blog post, quoting from his commentary on a study conducted by others,  in which he stated, “Given such results, how are researchers to respond when asked to categorically exclude the possibility of genetically mediated average differences between groups?” as proof.

However, in the same blog post, Hsu emphasizes an abhorrence for racism, saying that “each person should be treated as an individual, independent of ancestry or ethnic background… This ethical position is not predicated on the absence of average differences between groups. I believe that basic human rights and human dignity derive from our shared humanity, not from uniformity in ability or genetic makeup.”

Furthermore, nowhere in Hsu's post does he imply or state that there are innate differences among people of different races. Rather, he comments on research conducted by others, which entertains the possibility of "biological traits across populations," but not necessarily races.

The chain of events which culminated in Hsu’s resignation began when he came under fire for funding study published in January 2020 and conducted by an MSU colleague whose findings turned up “no evidence of anti-Black or anti-Hispanic disparities across shootings, and White officers are not more likely to shoot minority civilians than non-White officers.”

In a blog response to the accusations, Hsu wrote that his office gave a small amount of funding to the project because the subject of the influence of race is significant to the discussion of how to improve policing. The GEU framed his contribution as having “directed funding to research downplaying racism in bias in police shootings.” Regarding the results of the study, psychologist Joe Cesario told the Wall Street Journal that the researchers “had no idea what the data was going to be, what the outcome was going to be, before we did this study.”

Cesario’s data was cited in an op-ed for the Wall Street Journal, which was then highlighted in an MSU newsletter; the following day, the GEU attacked Hsu on Twitter, and the day after, editors of the newsletter apologized for sharing Cesario’s research.

The graduate union collected signatures on an online petition, demanding Hsu’s resignation from his position as the senior VP of research and innovation. Students and faculty gathered in support of Hsu as well, several writing letters to the university on his behalf; many, Hsu said, did not want their identities made public. Approximately 800 people signed the GEU position, while more than 2,000 backed Hsu.

Hsu has repeatedly denied all accusations, but on June 19 he announced his resignation at the request of MSU president Samuel L. Stanley Jr. He will continue on as a tenured faculty member, but he will no longer serve in his senior research position.

“Serious issues of Academic Freedom and Freedom of Inquiry are at stake,” Hsu wrote in his statement of resignation. “I fear for the reputation of Michigan State University.”

[RELATED: Student op-ed: academic freedom is 'oppressive to the minority']

“The exchange of ideas is essential to higher education, and I fully support our faculty and their academic freedom to address the most difficult and controversial issues,” President Stanley wrote in his announcement of Hsu’s resignation. “But when senior administrators at MSU choose to speak out on any issue, they are viewed as speaking for the university as a whole. Their statements should not leave any room for doubt about their, or our, commitment to the success of faculty, staff and students.”

“The victory of the twitter mob will likely have a chilling effect on academic freedom on campus,” Hsu concluded in a media statement.