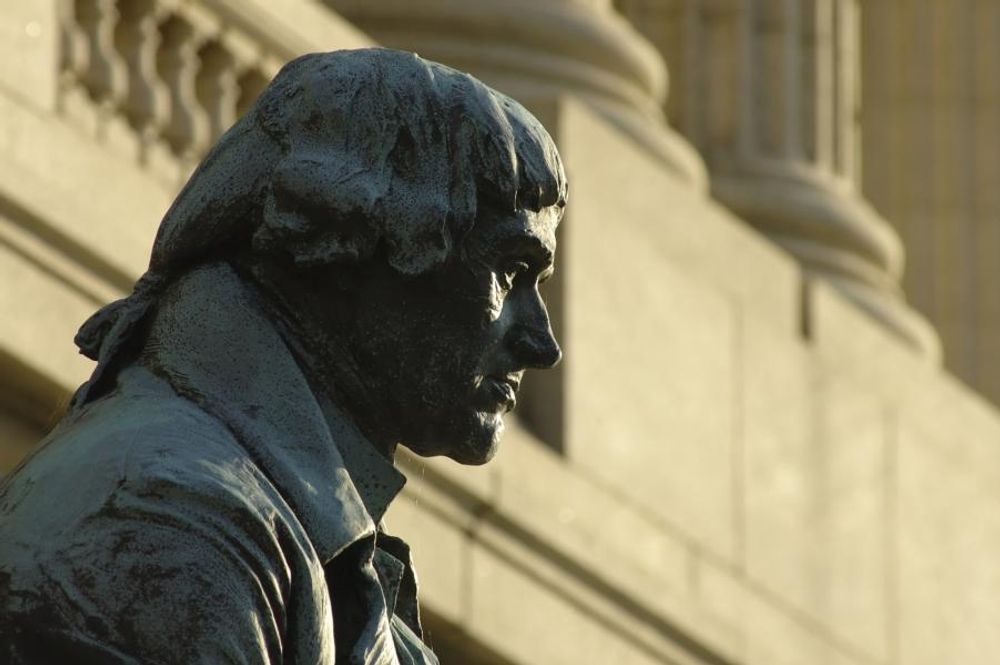 Hofstra University has decided to relocate its long-criticized Thomas Jefferson statue to a less prominent location on campus, citing the "pain of our black students." University President Stuart Rabinowitz released a statement June 23 announcing the unanimous decision by the “Committee on Representations in Public Spaces” to relocate the statue from the student center to the Hofstra Emily Lowe building, less than a half-mile away. The president said the history of the statue represents a “consistent source of pain for many of our Black students and allies.”

In addition, the president cited “new understandings based on the work and words of activists and leaders.”

[RELATED: Law prof wants to scrap the US Constitution’s ‘racist’ and ‘gendered’ language]

President Rabinowitz’s statement says this change “is in alignment” with student group petitions in recent years.

Additionally, the public visibility of the statue is not “in accordance with our demands” campaign head organizer Rosario Navalta said.

A new petition calling for the statue to be “completely removed” has begun circulating, which includes a trigger warning for “Mentions of Slavery, Rape, and Anti-Black Racism,” attributed to Thomas Jefferson. The petition is concerned with the statue’s relocation to the Emily Lowe building, given it’s a “primary building of operations for the Hofstra Department of Drama & Dance...fields of performance that are systematically structured to disadvantage people of color.”

“Relocation is not a viable option because it will just elicit the same response wherever it is placed,” states the petition.

The statue has been a source of controversy for years. In April 2018, students protested for and against the statue’s removal at the Hofstra student center. Some held the American flag in front of the statue and protested against removing history, while other students carried signs reading “SLAVER.” Days later, “decolonize” and “black lives matter” stickers were placed across the statue.

A similar protest organized by JGG students of Hofstra University occurred a year later in 2019.

Campus Reform reached out to several student groups but did not receive comment in time for publication.