University of Kentucky faces lawsuit over removal of mural 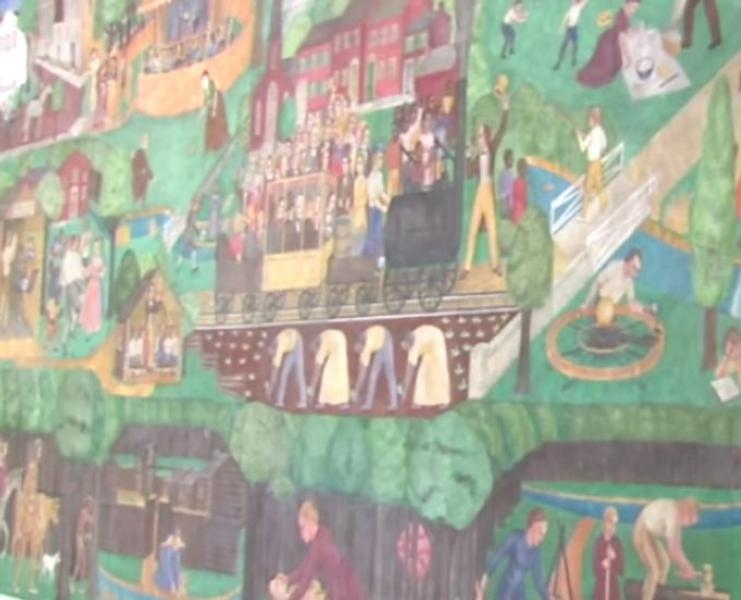 A recently filed lawsuit may prevent the University of Kentucky from removing its Memorial Hall mural as planned.

University President Eli Capilouto announced in June that the school would take down a historically inspired mural that depicts enslaved Africans and Native Americans, saying that African American students considered the mural racist and a reminder that their ancestors were slaves. The art “sought to glorify and sanitize that fact,” Capilouto wrote, concluding that the school could not have adequately thoughtful discussions about reconciliation with the mural still on display.

“Just as Band-Aids have not healed the wounds in our national history, a quick-fix approach won’t work here"

The mural, according to the New York Times, is a fresco created in 1934 by Ann Rice O’Hanlon and is made up of individual images that serve to illustrate the history of the state. Among these vignettes is a group of enslaved people growing tobacco plants and a Native American man with a tomahawk.

“There is rarely a perfect solution to challenging issues,” Capilouto wrote. “But it [removing the mural] is the right one, I believe, for our campus at this moment and in the years to come.”

[U. Kentucky closes academic building to mandatory classes over a...mural]

However, Wendell Berry and his wife Tanya Berry, who is the niece of O'Hanlon, argue that the university has no legal right to remove the mural because it was created through a government program and belongs to the people of Kentucky, WLEX-TV reported.

"I am not willing to ignore any effort at all to destroy a work of art," Berry said, WLEX-TV reported.

In addition to the argument that the mural is not the property of the university, Berry makes the case that the artwork cannot be feasibly removed without causing damage to the building in which it is currently housed.

“The fresco cannot be removed without removing the entire wall itself. Any attempt to remove the wall with the O’Hanlon Mural puts the physical integrity of this unique work of public art at risk of shattering and being destroyed,” the lawsuit states, also quoting the International Council on Monuments and Sites: "Detachment and transfer [of wall paintings, including frescoes] are dangerous, drastic and irreversible operations that severely affect the physical composition, material structure and aesthetic characteristics of wall paintings. These operations are, therefore, only justifiable in extreme cases...”

Moreover, artwork created as a companion to the mural would have to be removed as well, argues Karyn Olivier, who was commissioned in 2018 to confront the issues in the mural with a response piece titled “Witness.” Without the original, her work “becomes mute,” Olivier said, according to WLEX-TV. “It's rendered void, in a way. It can't work without the past it seeks to confront. That means my piece is just over. It doesn't work on its own.”

“Just as Band-Aids have not healed the wounds in our national history, a quick-fix approach won’t work here,” Olivier wrote in a Washington Post opinion piece.

“Our respect for Wendell Berry is deep and abiding. His contributions to our state and literature are profound,” university spokesman Jay Lanton said. “Moving art, however, is not erasing history. It is, rather, creating context to further dialogue as well as space for healing.”

Berry says he doesn’t think the university president has the right to act in such a fashion.

“How soon do we get to the point where we just don’t want to have a past at all?” Berry said, according to the New York Times.