President Donald Trump addressed the efforts he says universities should be taking to safely reopen.

Trump tweeted that he would consider withdrawing funds from schools that continue to remain shut this fall. 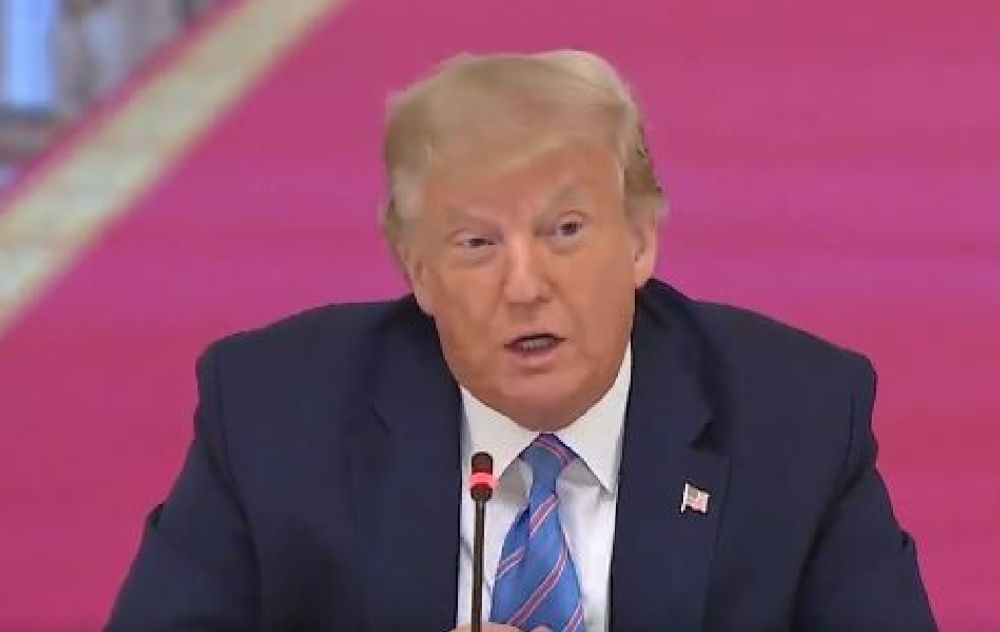 President Donald Trump held a briefing, urging universities to re-open this fall instead of taking “an easy way out.”

While the U.S. is "doing well" economically, the country must still make efforts towards improving the educational experiences of students.

Harvard University recently announced that it will remain online this fall. Trump criticized the university’s decision, claiming that it will not face financial consequences given that “their endowment is plenty big.”

Trump concludes by lying & claiming US coronavirus mortality rate "is the lowest anywhere in the world." (The US is nowhere near the top https://t.co/zBo2qZTr6D.) He then chides Harvard for taking "the easy way out" by announcing its campus will be closed this fall. pic.twitter.com/wDSCCBKKpI

Trump said, “I think it’s ridiculous. I think it’s an easy way out. And I think they ought to be ashamed of themselves, you want to know the truth. But I noticed that today and probably others are doing that. That’s called the easy way out.”

Re-opening is necessary to students, families and professors because “it’s so important that the children — at this age, especially — that they’re together, they’re together on campus.” In regards to “striving” toward re-opening universities this fall, the Trump administration is “going to be very, very powerful on that view.”

Following the briefing, Trump tweeted that many schools are re-opened in Europe and other countries without any spike in coronavirus cases.

[RELATED: WATCH: Trump to tell Harvard to 'pay back the money']

He said that the decision to remain closed is an attempt by Democrats to influence the upcoming general election.

The president added that if schools fail to reopen, then he "may cut off funding."

In Germany, Denmark, Norway, Sweden and many other countries, SCHOOLS ARE OPEN WITH NO PROBLEMS. The Dems think it would be bad for them politically if U.S. schools open before the November Election, but is important for the children & families. May cut off funding if not open!