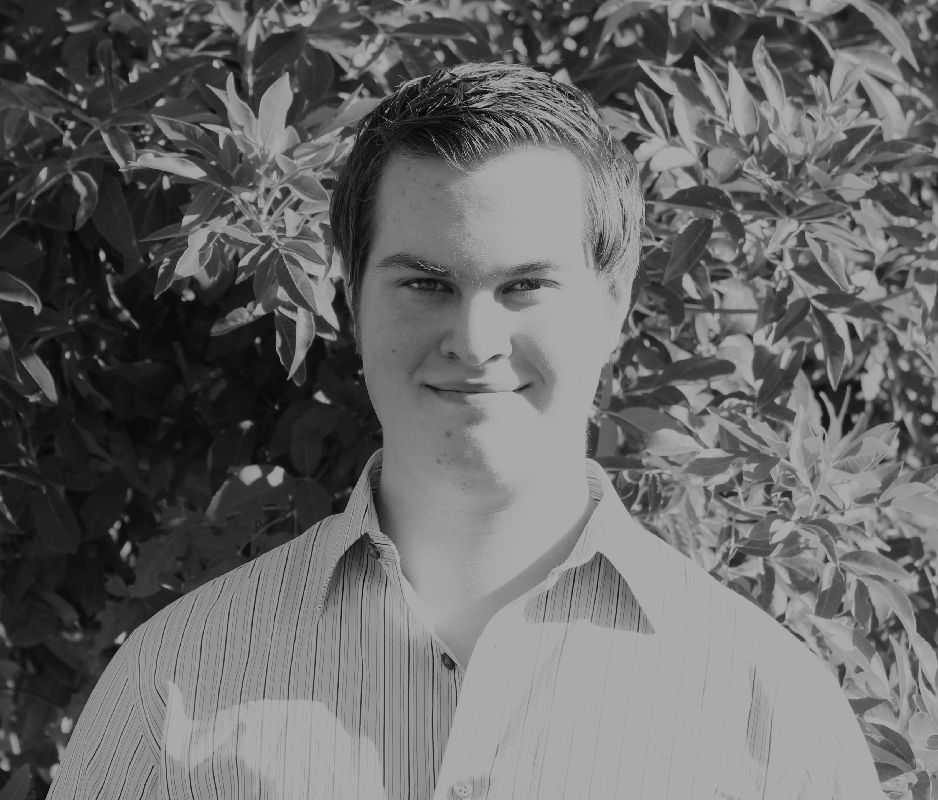 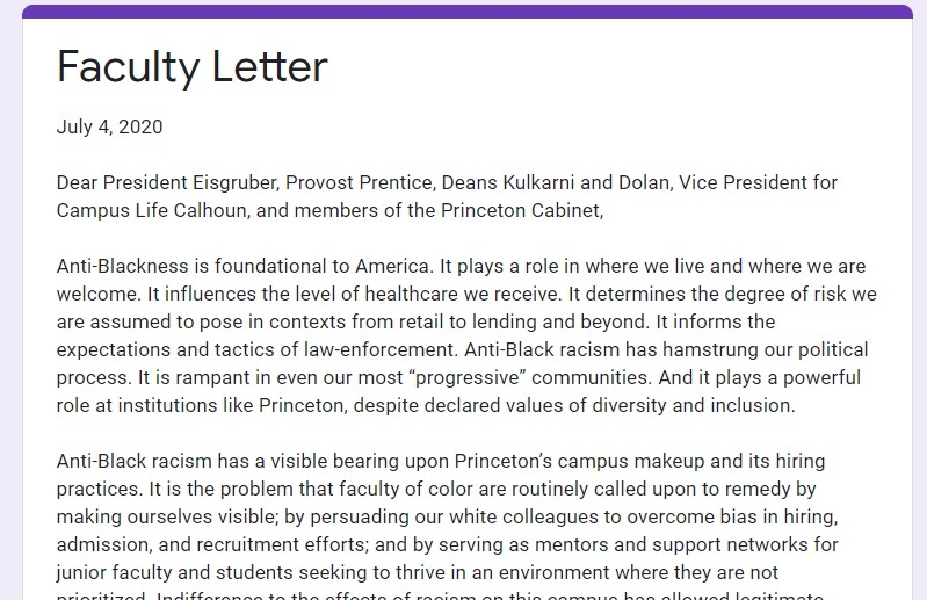 A letter that has been signed by hundreds of professors, alumni, and students at Princeton University is calling for a systemic change to the way that Princeton evaluates and publishes its research, one that focuses on eliminating supposed "racist behavior" from the academic sphere.

The open letter, which has so far amassed more than 375 signatures, specifically calls for the creation of a committee that would be responsible for authoring, “Guidelines on what counts as racist behavior, incidents, research, and publication." In addition, the committee is also granted the power to "oversee the investigation and discipline of racist behaviors, incidents, research, and publication on the part of faculty."

"The biggest thing that students and faculty can do to fight back against the imposition of official orthodoxies on campus is to simply have the courage to say openly what they really believe."

The letter does not outline any conditions for defining what constitutes “racist behavior,” nor if the committee will have any sort of oversight governing its decision-making process.

Foundation for Individual Rights in Education senior fellow and Princeton alumna Samantha Harris spoke out against the letter, calling the idea of an “ideologically motivated”  committee having control of an academic environment an "anti-intellectual, frontal assault on free speech and academic freedom at Princeton that would shut down entire avenues of inquiry, research, and discussion.”

“Honestly, I view the fact that a large group of faculty at one of the nation's top universities even thinks that such a committee would be appropriate as a threat to academic freedom,” Harris told Campus Reform. “To me, it demonstrates that a large number of people who should believe in the unfettered pursuit of knowledge are willing to shut down entire lines of research and inquiry to advance their political agenda -- and that is something that should frighten anyone who believes in free speech, freedom of inquiry, academic freedom, and the search for truth.”

Harris voiced her concerns that a restriction of free speech could be “detrimental” to the rights of those the program would claim to benefit. She continued to point out that the irony of these restrictions. “Freedom of speech is critically important for minority rights -- it has been at the core of all of the important civil rights movements of this century. Any action that undermines freedom of speech will, I believe, ultimately be detrimental to the rights of those who, in this instance, it is ostensibly supposed to benefit.”

While advocates of freedom of speech on college campuses and universities may find these developments sobering, Harris offered a path forward for those looking to preserve their rights. She cautioned those who are afraid of “falling victim to the ‘cancel culture’” telling them, “the biggest thing that students and faculty can do to fight back against the imposition of official orthodoxies on campus is to simply have the courage to say openly what they really believe."

One Princeton professor, however, is condemning the effort.

In an op-ed for Quillette, Joshua Katz says he is “embarrassed for” his colleagues who signed the letter.

Katz explained that while many signatories might believe in the content of the letter completely, he believes that most who signed it did so because “they agree with some of the demands and felt it was good to act as 'allies' and bring up the numbers even though they do not assent to everything themselves." Others, he argues, probably signed it out of “peer pressure,” while some may have “signed without reading it.”

Katz warned against the contents of the letter, arguing that many of its stipulations “would lead to civil war on campus and erode even further public confidence in how elite institutions of higher education operate.”

The letter comes on the back of a nationwide push by campuses and cities alike, such as Seattle, where Black Lives Matter organizers are pushing for “anti-racist” policies to be implemented. It is unclear how the Princeton leaders are planning to proceed, or if they will implement any of the suggestions currently outlined in the letter.

Andrew Covert is an Arizona Campus Correspondent, and reports liberal bias and abuse on campus for Campus Reform. He is a Junior at Grand Canyon University studying both Business Administration and Pre-Law. He is also involved with the on-campus TedX program as well as the local GOP party.