Abraham Lincoln was 'not freeing the slaves,' says Dartmouth prof at ASU event 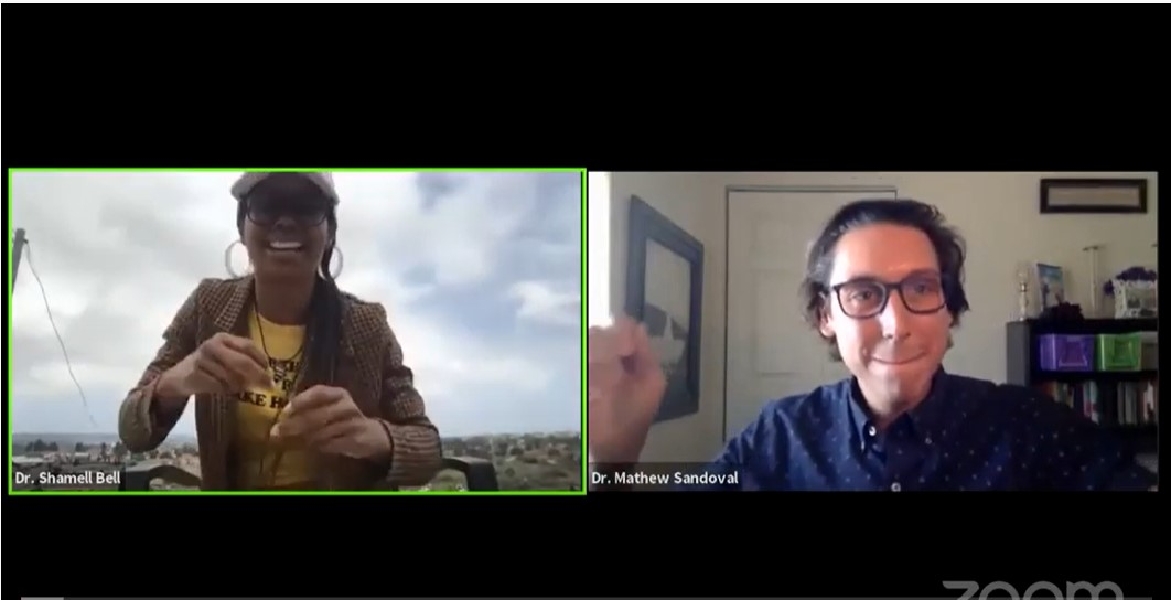 During a recent university-sponsored event, a professor claimed that Abraham Lincoln did not free the slaves. During the same event, she admitted that the slogan “defund the police” really denotes a desire to “abolish” the police.

The event sought to “discuss activism, Black Lives, and radical possibilities for this current historical moment."

The conversation began with a discussion on the movement to "defund the police."

“All of a sudden, defunding the police is like an idea that is getting traction and more cultural and social accumulation, just in our lives and what we’re overhearing,”  Sandoval, who then asked Bell for her thoughts on the topic, said.

“For me, I think that it’s semantics, and the fact [is] that they know we mean ‘abolish.’ Right? When I’m talking about ‘defund,’ I mean I’ve never said that in my life, I’ve always said ‘abolish,'” Bell responded.

Bell went on to talk about the need to be “compassionate” toward people who don’t agree with efforts to abolish American police forces because she and others “always wasn’t this woke": “There might’ve been a time, and let me be honest, it was a long time ago that I was like ‘Well, maybe there are good cops, they’re good people;' I don’t even remember when that was a thing, I’m just giving an example."

Sandoval mentioned the cancellation of the show Cops, applauding the decision because it promoted abusive behavior against fellow citizens.

Bell responded, “I’ve always said, ‘Why do we have so many CSI and cop shows?’ It’s a part of our conditioning,” Bell said, adding “We’re conditioned to think that [police] are supposed to serve and protect as well as be heroes.” Later in the discussion, Bell stated as fact that Abraham Lincoln didn’t actually free the slaves, but instead used them to increase the size of the Union army.

“I want to first talk about Abraham Lincoln not freeing the slaves,” Bell said. “I mean the moment that I figured that out, I was at UC-Santa Barbara and I took a class in Black Studies.”

She added that it was there that she learned that “his struggle was to save the Union, and he didn’t want to save or destroy slavery.”

“It was purely political, it was a purely political move and it had nothing to do with anything but other than, you know, actually wanting Black folks to fight for the Union when he passed the [Emancipation Proclamation] and [to] increase the size of the Union,” Bell added.”

Sandoval is an Honors Faculty Fellow at Barrett, the Honors College at the Downtown Phoenix Campus of Arizona State University.

In its advertisement of the event, ASU billed Bell as “an original member of the #blacklivesmatter movement.”

Both Bell and Sandoval hold doctorates in Culture and Performance from the University of California, Los Angeles.

Neither Bell nor Sandoval responded to Campus Reform’s requests for comment in time of publication.