Campus Reform | Students asked to bring their own chairs to campus with...tents?

Students asked to bring their own chairs to campus with...tents?

Rice University has confirmed that it will be using both “temporary structures” and tents in its return to campus this fall.

Students are also asked to bring their own folding chairs. 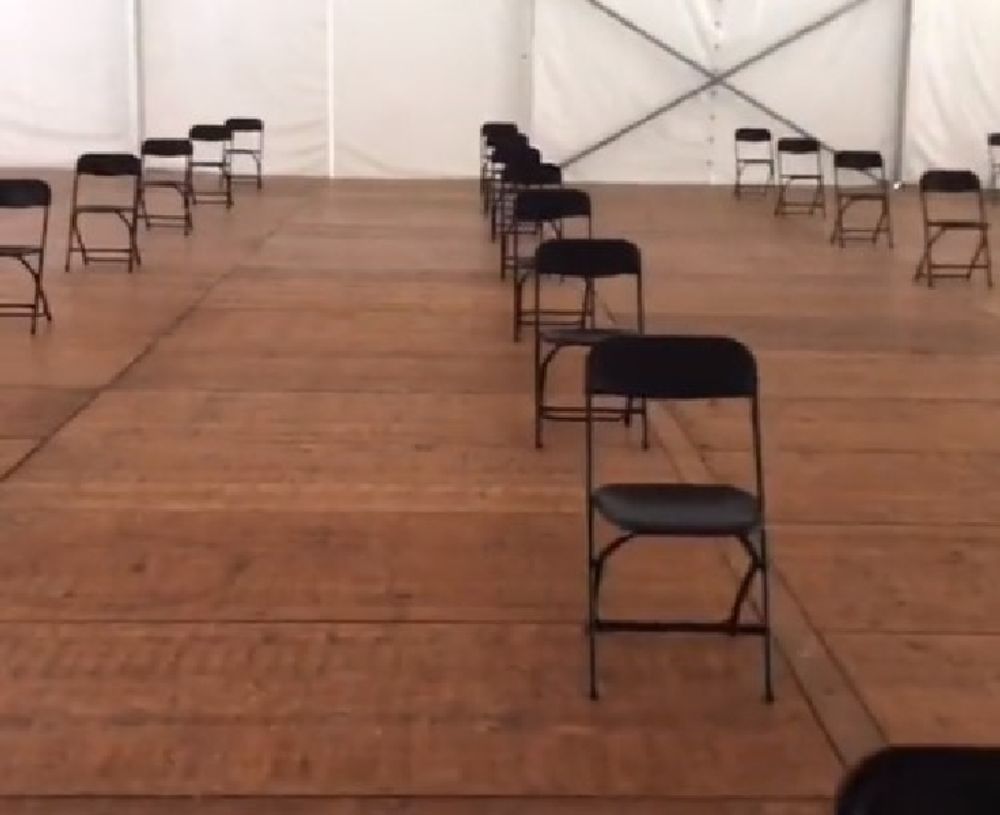 As universities across the country are developing plans for students to safely return to campus this fall, some are turning to unique options, including tents.

Rice University Crisis Management Advisory Committee Chair and Vice President for Administration Kevin Kirby sent an official update to faculty and students regarding plans for the upcoming fall semester. Kirby revealed that Rice will purchase and install “four temporary structures” measuring 5 0x 90 feet each. Each structure will hold about 50 students and will be ready for use the first day of fall classes.

Kirby assured that the structures “will be lighted, cooled, heated, and ventilated, they will have audiovisual capabilities and they’re designed to withstand hurricane-force winds." However, many people negatively reacted to the news on Facebook, noting the high temperatures Houston experiences every summer and fall.

“So...students pay tuition to sit under tents with masks to listen to lectures in the Texas heat with high humidity,” one commenter said.

Kirby countered these concerns by noting the decreased chances of spreading COVID-19 when outdoors.

"Being in Houston, we can be outdoors the entire academic year," Kirby told the Houston Chronicle. "As we've all learned about coronavirus, the risks decrease when you're outside." Kirby noted that the structures “can be used not only for instruction but also for academic lectures in the late afternoon and student meeting and study spaces in the evenings.”

Rice will also purchase five “open-sided tents” measuring 40 x 60 feet each and “placing them adjacent to academic buildings.” The use for these tents has not yet been decided upon, but Kirby says that information will be released “in the coming weeks.”

Students will also be asked to bring their own chairs.

“And in order to make best use of all our outdoor spaces, we will ask students who have portable chairs to bring them when they return to augment those already around the campus,” the statement read.  Many people on Twitter took issue with this request noting the tuition rate for the private school.

One Twitter user tweeted a screenshot of Rice’s tuition rate of $50,310 and said, “But yea, let's have our students lug chairs on their backs.”

But yea, let's have our students lug chairs on their backs. pic.twitter.com/NeE8NBXkKm

The statement did note that the university will be purchasing a “number of lightweight, portable camping-style chairs for student use” for those who do not bring chairs from home.

[RELATED: Nebraska lowers tuition costs despite other schools raising theirs]

According to the Houston Chronicle, the administration has asked the university’s art community to decorate the structures with various art installments, such as murals and film projections.

“It’s a tough time for everyone. We’re trying to give people a more positive and energizing environment. We all need that more than a year ago,” Kirby said.

The University of Notre Dame may be planning to use similar tent-like structures.

[RELATED: Mayor Pete gets hired by Notre Dame to ‘restore trust’ in politics]

A TikTok video of a large, white tent-like structure featuring the #notredame, showcased physically distanced, folding chairs inside the structure. The video also shows several round tables with two folding chairs directly across from each other.

The account that posted the video called the structure of the new “outdoor dining hall.”

Campus Reform reached out to Notre Dame for confirmation but did not receive a response.