Stating that “one death is too many,” the students demanded changes to the school’s reopening plans for the fall semester. 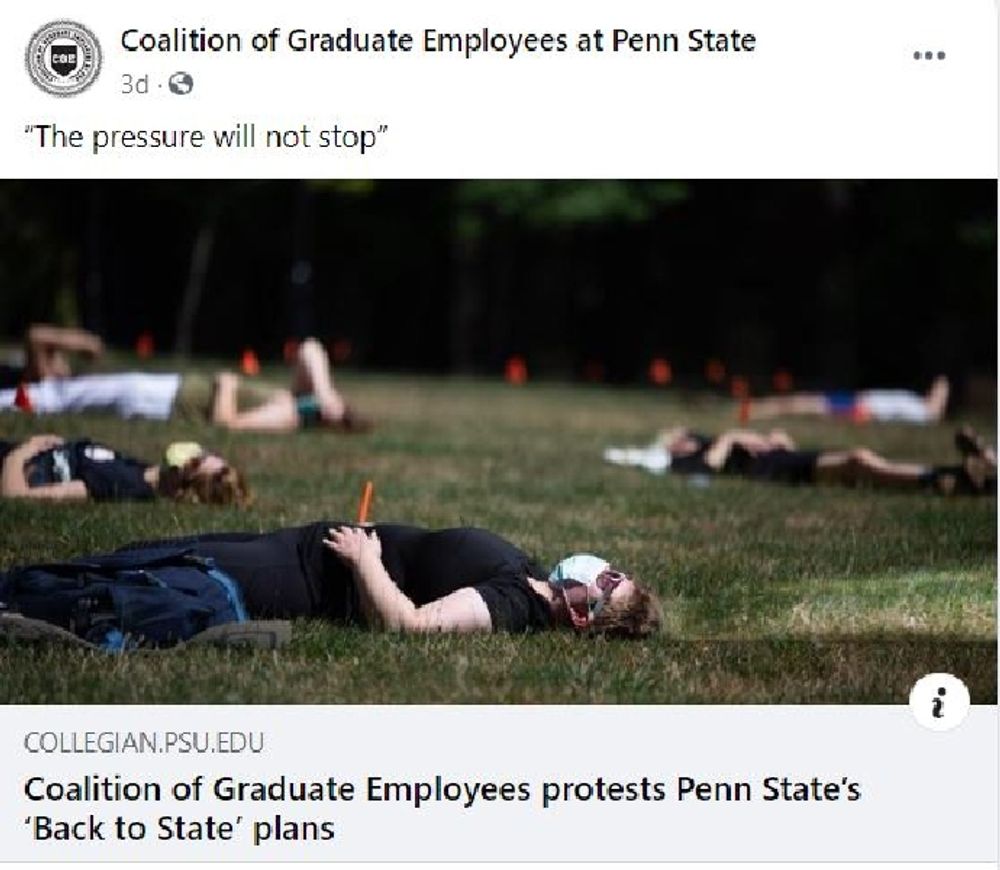 Pennsylvania State University’s Coalition of Graduate Employees hosted a “die-in” to protest the university’s return to campus in the fall.

At least 40 students and community members lay down on July 20 on the grass of Old Main Lawn — an important thoroughfare on Penn State’s campus — for 13 minutes to represent the 130,000 COVID-19 deaths in the United States.  At another point during the protest, participants held signs, chanting phrases like “one death is too many” and “2, 4, 6, 8, we don’t wanna go back to State.”

About 30 people staged a “die-in” on the lawn of Old Main in protest of Penn State’s plan to resume in-person classes.

One student carried a cardboard sign shaped like a coffin, which bore the phrase “HOW MANY LIVE$?”

Students expressed their displeasure with the administration’s decision to return to in-person instruction on August 24 — albeit with mask-wearing, small class sizes, flexible virtual courses, and a conclusion of in-person learning after Thanksgiving.

Maggie Hernandez, one of the protest’s organizers, voiced concern to Penn State’s Daily Collegian over the lack of medical infrastructure in central Pennsylvania: “We wanted to make sure the message is getting across that the university should value lives over profit.”

The organizers have a handful of questions for the university. According to a flyer posted to the Coalition of Graduate Employees Twitter feed, the students want to know how many lives the school is willing to lose, the price tag the administration is placing on a human life, and how the university plans to protect international students.