A University of Virginia professor denied tenure has been granted the academic privilege.

The African American professor alleged racism by the university after his request for tenure was denied. 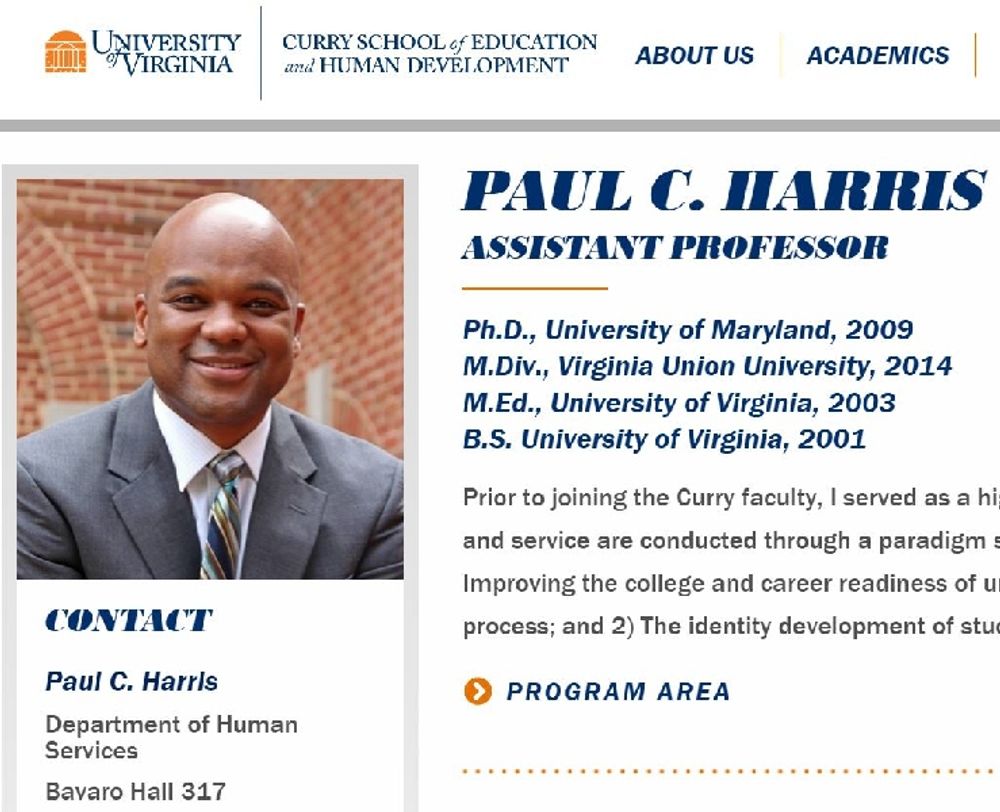 The University of Virginia denied tenure to one of its professors earlier this year but later granted the privilege after being accused of racism.

UVA Curry School of Education and Human Development Assistant Professor Paul Harris was denied tenure in early 2020. After national outcry and claims of racial bias from Harris and others, however, the university reversed its decision in late July.

The university denied tenure for Harris — an African-American — seven months ago, instead offering him an associate professor position. Harris appealed the decision in March but was denied a second time in May.

According to the Cavalier Daily, Harris’s denial letter stated that he had published inaccurate information in publications, among other factors related to research, such as the number of citations his research had received.

In response to the tenure committee’s judgment, Harris said that his rejection was “a function of a system that is set up to allow bias to flourish. “African Americans, in general, have always had to work twice as hard to get the same amount of credit. A Ph.D. does not change that.”

Harris’s case gained national attention when his wife, Taylor, penned an essay in Catapult Magazine, titled “Whiteness Can’t Save Us,” which discusses Harris’s rejection. Taylor Harris said that “Black people, including black academics like him, have to be twice as good. Don’t give the university any reason, not half a reason, to find fault with you.”

"When he asked why he’d been denied, he received a document," Taylor Harris explained. "One comment from the committee of white faculty was that a journal that had published his work appeared to be self-published. It was the Journal of African American Males in Education. The acceptance rate for articles? About 20 percent. Some of the biggest names in his field publish in that journal."

“Imagine what wasn’t put in writing," she added.

As a result of her essay, #TenureForPaul gained massive popularity on social media and thousands signed a petition to support Harris.

Alongside Harris and his wife, the #TenureForPaul website alleges racial bias: “There were no persons of color on Dr. Harris's promotion and tenure committee. Research... confirms that faculty of color are judged by higher standards than their white colleagues.”

The website alleges that Harris' research was published in journals such as Education and Urban Society, Journal of Multicultural Education, and High School Journal but that the citations resulting from his research in those journals were not counted.

"Dr. Harris's citation count was 5.5 times the amount reported in his tenure evaluation," the website states.

Curry School Dean Robert Pianta announced the re-opening of Harris' tenure application on June 24, explaining that he has “gained a deeper understanding of the impact of community-engaged scholarship, particularly when involved with questions of relevance to marginalized groups.”

Pianta says that this realization pushed him to reconsider the relevance of “traditional indicators” such as impact factors and citation counts.

Now that Harris has received tenure, he told The Cavalier Daily that he and his family will spend the next months "healing" from the experience.