One state senator says that the information may be at odds with election laws. 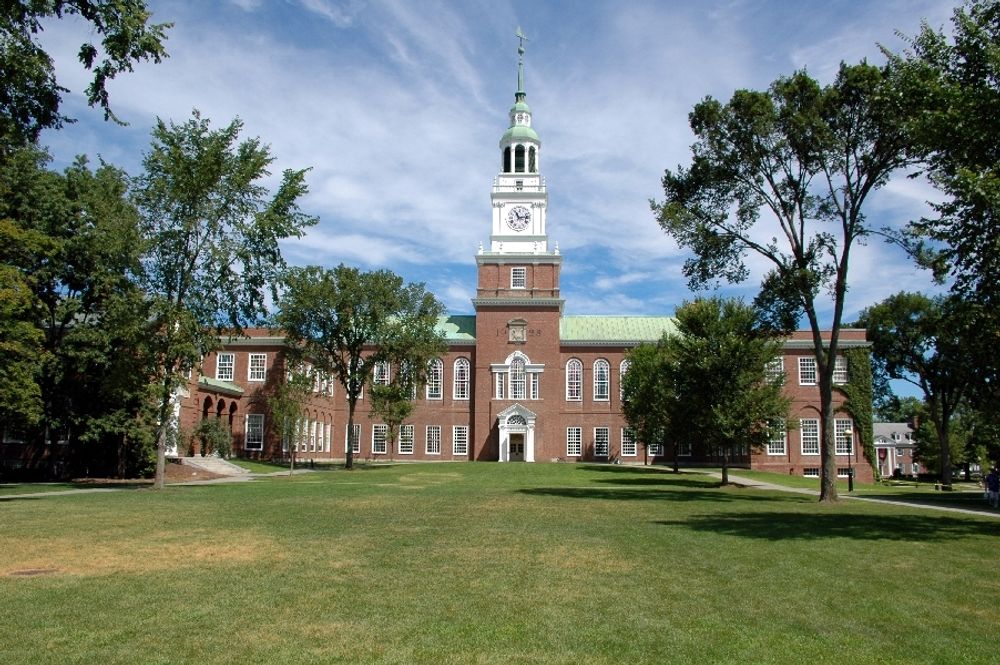 An email sent to all Dartmouth College undergraduate students encouraging them to request an absentee ballot has caught the eye of one New Hampshire state lawmaker who says some of the information is concerning.

The Dartmouth College Democrats sent an email on August 12 to undergraduate students, encouraging them to request an absentee ballot for the state primary and presidential election, even though some of the students may not be living in Hanover, New Hampshire, where the college is located.

“The College Democrats want to ensure that you, as a proud granite-stater, have the necessary information to vote despite being away from campus,” states the email, a copy of which was obtained by Campus Reform.

The email then directs students to a website where Hanover residents can request an absentee ballot by filling out an online form.

According to the email, students can use their “last residential address on campus,” when filling out the form.

“In my thought process, if you’re a student and you live on campus in New Hampshire and classes are in session, they’d be entitled to vote,” Birdsell said. “If they don’t have a current residence, and they’re taking classes online from Massachusetts or Maine or even Florida, that seems like it would be a different story," Birdsell told Campus Reform.

New Hampshire election law currently states that students can claim “domicile for voting purposes” in the town or city where they attend college. The law states that in order to claim domicile to vote, one must establish a “physical presence” that is “more than any other place.”

“An inhabitant’s domicile for voting purposes is that one place where a person, more than any other place, has established a physical presence and manifests an intent to maintain a single continuous presence for domestic, social, and civil purposes relevant to participating in democratic self-government,” the law states.

According to Bloomberg Government, the state requires “proof of living in the district” in order to obtain an absentee ballot.

However, Dartmouth College determined recently that as a precaution to prevent the spread of the COVID-19 virus, only half of its undergraduate students could return to campus for the fall 2020 semester.

In 2017, Birdsell was the primary sponsor of New Hampshire Senate Bill 3, which stated that people living in New Hampshire “for temporary purposes only” cannot gain domicile for voting purposes. That bill passed the state's legislature and was signed into law by the governor.

Liberal groups and legislators opposed the law, and in April, the New Hampshire Superior Court overturned it. The state appealed the court’s decision in May.

Campus Reform reached out to the Dartmouth College Democrats but did not hear back in time for publication.

Hanover Town Clerk Betsy McClain told Campus Reform, "residents of Hanover who may be temporarily away on Election Day are eligible to vote absentee. This is true for Dartmouth students who have claimed Hanover as their voting residence and may be off for a semester. It is also true for our many ‘snow birds’ who – in normal times – flock to warmer weather during the late fall."