Students at UCLA call for iconic stairs and administration building to be renamed. 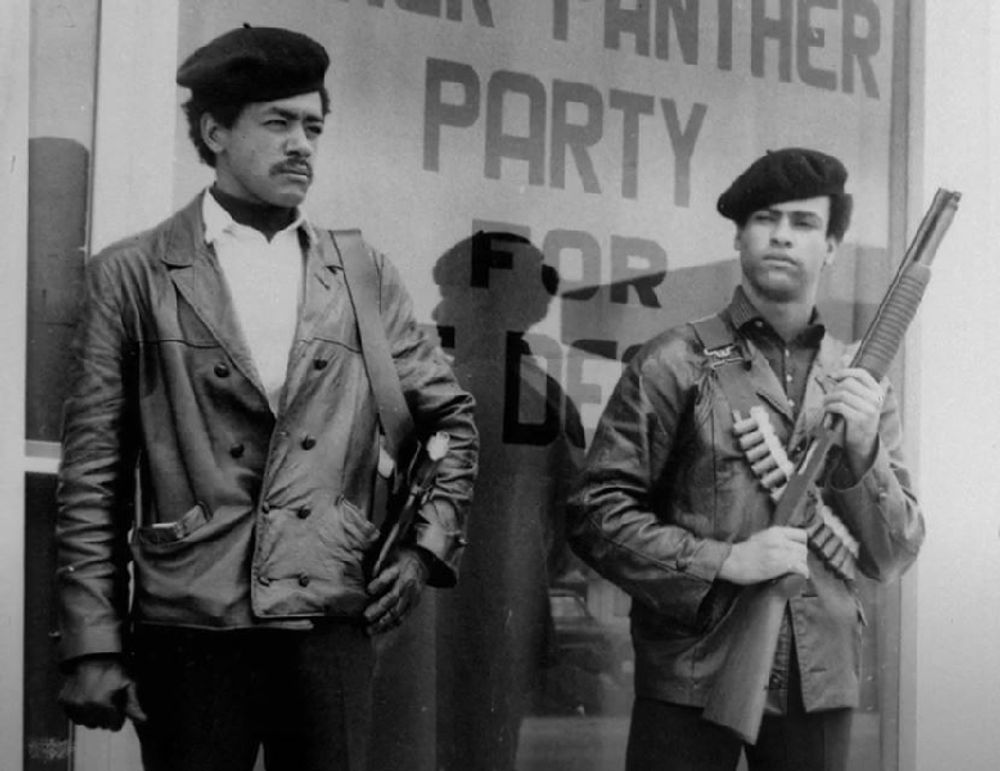 Two University of California-Los Angeles student groups have both achieved major milestones in their efforts to reshape the campus.

The student government, the UCLA Undergraduate Students Association, voted unanimously to rename a landmark for a local Indian tribe, according to The Daily Bruin, while a petition launched by a student to rename a school building after two Black Panthers also gained attention.

According to the National Archives, the Black Panthers were a "revolutionary organization with an ideology of Black nationalism, socialism, and armed self-defense, particularly against police brutality. It was part of the Black Power movement, which broke from the integrationist goals and nonviolent protest tactics of the Southern Christian Leadership Conference led by Dr. Martin Luther King, Jr."

The Archives state that the BPP's views were "influenced by the speeches of Malcolm X of the Nation of Islam, the teachings of Chairman Mao Tse-Tung of the Communist Party of China," and that "because of its practice of armed self-defense against police, as well as its Communistic and revolutionary elements, the BPP was frequently targeted by the Federal Bureau of Investigation’s COINTELPRO program as well as by state and local law enforcement groups..."

In 1969, two Black Panther, Alprentice Carter and John Huggins Jr., both founders of the Los Angeles chapter of the group, were fatally shot inside UCLA's Campbell Hall, and while attempts to name the location after the two have been off and on for decades, none have attracted as much attention as this latest endeavor.

An on-site memorial plaque to the two men, installed some decades ago, served as a rallying point of the petition.

“[T]his piece of UCLA's radical Black history,” the petition reads, “has been rendered invisible because it continues to be understood only within a racist framework by the university.”

“The big difference in this call to rename is that it has nothing to do with criticizing or denigrating the contributions of the namesake of the building,” Michael Skiles, president of the North Westwood Neighborhood Council, said. “[Carter and Huggins] were martyrs, along with other greats in the history of the civil rights movement like Martin Luther King Jr., and deserve to be remembered and respected.”

[RELATED: Flashback: Harvard students support movement to rename buildings...except when it comes to their own campus]

The Janss Steps, a staple of UCLA for decades, came under fire from student groups such as the UCLA Undergraduate Students Association, Afrikan Student Union, and others, describing the stair’s design as perpetuating "ableism.” The suggested new name would be the Tongva stairs, named after the Native American tribe that lives in the Greater Los Angeles area.

“UCLA students pay reverence to their deity of equality by calling for the iconic Janss steps on campus to be renamed,” Bruin College Republicans said in a public statement. “But equality is not an inherent virtue outside of our legal system. UCLA for the past 100 years has advanced our technological understanding of the world and served as an institution to further the betterment of humanity. The Janss brothers shared the vision that UCLA has grown into and sold the land the university is built on at a highly discounted price. The brothers also helped develop Westwood and the adjacent neighborhoods. Their actions are foundational to UCLA's history.”

A Bruin Republicans spokesman told Campus Reform that the students associated with the effort to rename the Janss Steps don't have "respect" for UCLA.

“The attack on the Janss brothers is part of a larger movement to erase the adventurous and bold who took risks so that UCLA could build this great institution,” the spokesperson said. “And one hundred years later, these students who have no respect for UCLA call it an immoral institution. Renaming Campbell Hall won’t appease them, it will only embolden them. What [the students] are trying to do is dehumanize these men as evil- when what they’ve done for the world was so great.”

UCLA spokesperson Bill Kisliuk didn't tell The Daily Bruin whether the school is considering the renaming of Campbell Hall, but said that the university is thankful for student-led efforts to make facility building names more representative.

UCLA did not respond to requests for comment from Campus Reform.