Harvard lecturer Carolina Light claimed the legal system is "based on essential injustices" that originated in "settler colonialist violence," in "racial capitalism through chattel slavery," and "gender violence." 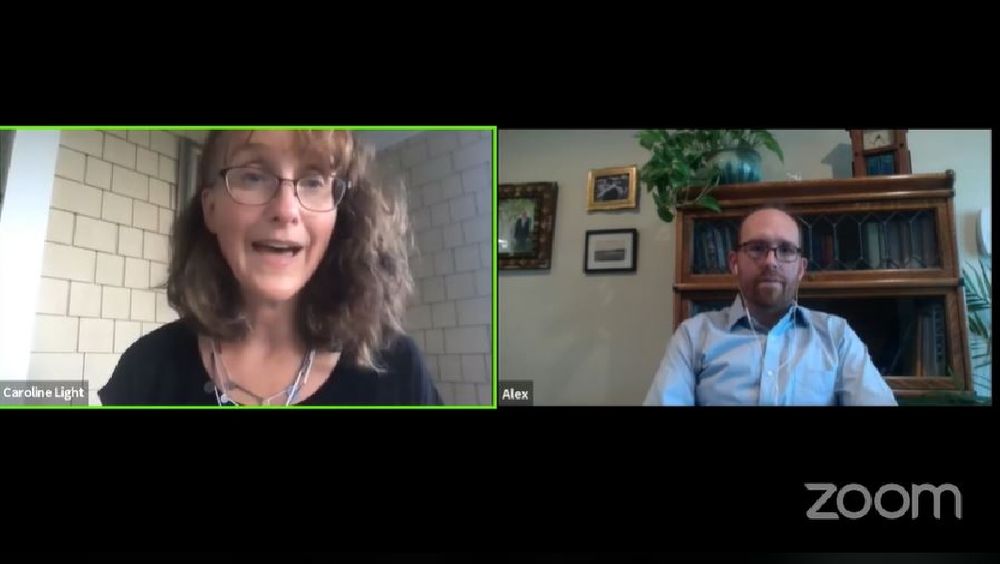 A Havard University professor claimed the "legal system is based on essentially injustices" and that states use gun laws to "outsource its violence to individual citizens" at an Arizona State University sponsored event.

Alex Young, the honors faculty fellow at the Arizona State University Barrett Honors College, hosted a virtual event to discuss "Race, Guns, and the Politics of Self-Defense" with Caroline Light, the senior lecturer on women, gender, and sexuality at Harvard University.

The discussion began with initial thoughts on lethal self-defense laws, as Light said that they are used to for states to "outsource" violence to citizens.

“In many ways, I see [‘Stand Your Ground’ laws], which have spread now to 33 states in some kind of version, as a way in which the state might outsource its violence to individual citizens who are marked as ‘law-abiding citizens,'” Light responded. “By definition, the legal system is based on essential injustices that originate with the very beginning of this nation in settler colonialist violence, in racial capitalism through chattel slavery, [and] gender violence. So these essential exclusionary principles are baked into the legal system and the justice topographies that we deal with."

The discussion continued with Young asking Light why certain groups, specifically minority groups, might be excluded from laws pertaining to self-defense and said that people who own guns usually own "some kind of property."

“What we come to find when we really look carefully is that this state violence becomes outsourced into the hands of a select set of ‘law-abiding citizen[s]’ who [are] disproportionately white or white-passing, disproportionately male-identified, and usually a person with some kind of property,” Light replied, adding “Guns constitute a particular powerful form of property in our nation right now. Not everyone gets to exercise their so-called Second Amendment rights equally.”

The discussion pivoted to the topic of women and self-defense.

Young noted that the "gun lobby" and gun manufacturers changed messaging over time to target women.

“Towards the end of the twentieth century, [there was] an effort to market firearms to women, more specifically, for their self-defense based on gendered and sexual violence,” Light claimed. “This is part of another reverberative effect of our history, our underacknowledged history, of framing ‘stranger danger’ and predatory criminality of these predatory, usually darker masculinities. We see it with the invocation of the so-called savage native that was a threat to white and Christian womanhood. We see it in the invocation of the lynch mob to kill the so-called black rapists which was a mythology based on the so-called need to protect white femininity.”

Light even makes the claim that "modern policing" comes from "early slave patrols in many ways."

Before closing, Light touched on how lethal self-defense was related to modern policing and the recent executive order from President Donald Trump that criminalized vandalizing federal monuments in the wake of protests across the country.

Light continued, “The fact that our President can deploy federal power and force into jurisdictions that are saying, ‘No, we have this under control, our local police can handle this, the fact that that’s happening is very concerning, because it’s done under the logic of a need, a desire to protect monuments and memorials. And it’s done also in the guise of protecting a certain vision of history, a certain kind of history that some deem essential to our national identity.”

When asked how to respond to the argument that guns are the "‘great equalizer," Light told Campus Reform, “While it’s very tempting to imagine that firearms will equalize people across various power differentials, e.g. gender, race, ability, etc., the leading public health and criminological data reveal that firearms are used far more frequently offensively, than defensively.”

Light explained that women who use firearms to defend themselves often become targets of imprisonment instead of exoneration.

“[M]y research shows a long history of powerful actors invoking ‘protection’ and ‘self-defense’ to justify violence against less powerful or subjugated communities and individuals. Similar claims (of protection and/or defense) continue to be weaponized today when powerful social actors feel their status or power is threatened or challenged,” Light concluded.

Young and ASU did not respond to Campus Reform’s request for comment.

Clay Robinson is an Arizona Senior Campus Correspondent, reporting liberal bias and abuse on college campuses. He is a Junior at Arizona State University’s Barrett Honors College. Clay is pursuing a B.S. in Politics and the Economy and a B.S. in Civic and Economic Thought and Leadership. He is the Vice President of ASU College Republicans and the Communications Director of the Arizona Federation of College Republicans. Clay is also a Content Lead…