Meanwhile, the university has plans to welcome in-person fans for the upcoming homecoming football game.

Clubs at USF have been informed that they are not allowed to meet on or off-campus due to COVID-19 concerns. 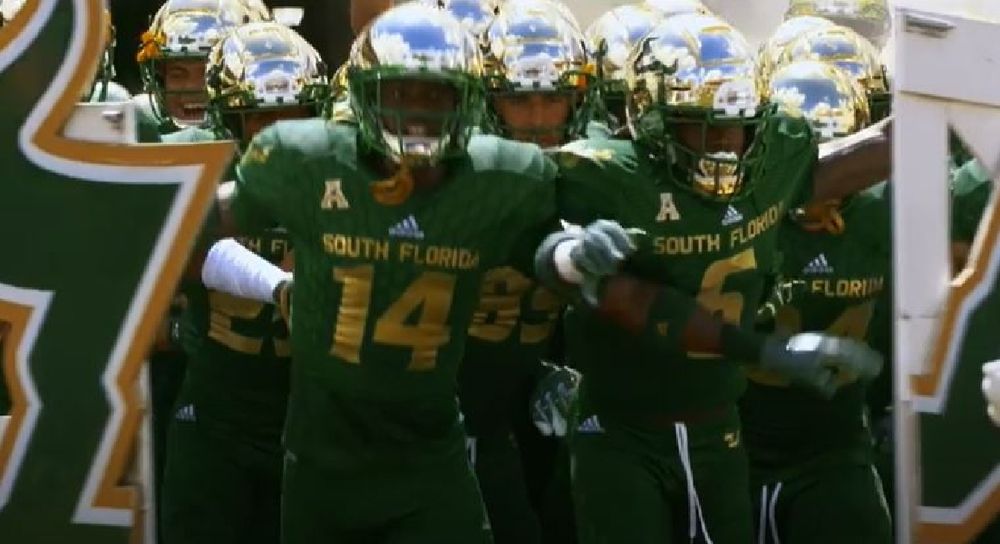 Students at the University of South Florida are not allowed to have club meetings, regardless of whether they are on-campus or off-campus.

In an effort to prevent the spread of COVID-19, the school has implemented a ban on student organization gatherings, according to its updated student guidelines. USF is currently in phase 2 of its reopening plan, which states that no group activities are allowed.

"Although the necessary safety regulations may at first seem to minimize social interaction, the focus is on physically distancing rather than on social distancing. USF departments will continue to hold events and students will have opportunities to engage in social activities virtually. Students will also still have the opportunity to get involved in student organizations," the university states on its website.

USF student Ashley Busby provided emails exclusively to Campus Reform from the school’s dean of students, Danielle McDonald, which confirm that the ban applies both on and off-campus. Busby contacted McDonald asking if “all student organizations are prohibited from on-campus and off-campus meetings and events this fall”, to which McDonald confirmed, “That is correct.”

McDonald also told Busby that there are resources provided to report students who do not comply with these rules: “I have also posted on the Dean of Student Facebook site and all Class of pages how to report if you hear of anyone doing otherwise.”

McDonald's Facebook post reads “If you hear of any events or students compromising the safety of our community, please respectfully confront each other and feel free to contact the Dean of Students at deanofstudents@usf.edu or make a referral to the Student Conduct and Ethical Development office on each campus.” The provided link directs students to a reporting portal for complaints.

Title VII of the student code of conduct states that temporary restrictions on club functions are subject to be implemented at the school's discretion.

Despite these restrictions, however, the school announced that in October, it will begin selling student tickets for football games.

The announcement was sent in an email provided by Busby to Campus Reform.

“Our football season will start on September 12th versus Citadel at Raymond James Stadium. Unfortunately, to ensure we make the stadium as safe as possible for our student-athletes and our fans, we will not allow fans to attend for the first game. As of today, we are confident that we will be able to install proper physical distancing and other measures for our homecoming game on October 10 versus ECU. That will be the first game we will allow fans and students to see your Bulls in person.”

On top of this, the school discussed the possibility of allowing intramural sports for groups less than 10 with proper physical distancing.

“Possible options for participation in Intramural sports programs will include emphasis on groups less than 10 for expanded outdoor activities and minimal indoor activities," the school's guidelines state.

One club, the Students for a Democratic Society, ignored the gathering guidelines, when the group joined Tampa Bay SDS in gathering in a group of approximately 40 students off-campus for a "Justice for Jacob Blake" protest.

In another exchange provided by Busby, who inquired about the SDS protest, McDonald stated that this was not authorized by the school.

“No they have not been authorized to have this event. The university is trying to determine whether this is the student group or the off campus community group,” McDonald said, before reemphasizing to Busby that the university is "not authorizing any student organization to host events on or off campus."

Tampa Bay SDS organizer Taylor Cook told Campus Reform that the group was aware of being in violation of school policy, but defended its decision to protest for  “justice." “We did know about USF’s rule, but we know that the fight for police accountability and justice hasn’t stopped with the pandemic. We were also enforcing as much social distancing as possible and asking people to wear masks, and even had extra masks in case someone didn’t have ones.”

USF spokesman Adam Freeman confirmed in an email to Campus Reform that off-campus club activities are not permitted, and violations could merit repercussions: “The University of South Florida is using a phased approach to resume more operations on our campuses that prioritizes health and safety.  During the current phase of USF’s return to campus plan, students and student organizations are allowed to meet and hold events in a virtual manner in order to mitigate the possible spread of COVID-19.  When USF determines it’s appropriate to proceed to the next phase, more in-person meetings and events may be permitted."

He added that disciplinary action in response to non-compliance may occur.

“Students and student organizations who don’t comply with university policies may face disciplinary action through the university’s student conduct process,” said Freeman.  “Individuals who observe violations of policies, such as a student organization hosting a large in-person gathering on or off campus during the current phase, can report those issues to the university.  USF may also monitor social media activity to determine if policies are being violated or if students are compromising the health and safety of our community with their behaviors.”

Freeman also justified football attendance, noting that fans have been barred for the month of September.

“As far as Athletics, USF has announced that fans will not be permitted to attend the home football game scheduled in September.  For home games scheduled in October, a final decision on fans has not been made at this time.”

Busby told Campus Reform that USF’s inhibition on her Network for Enlightened Women, a conservative club on campus, has been very difficult: “As President of NeW at the University of South Florida, I was looking forward to building an important community for conservative women on campus this fall and I am disappointed that the school Administration has set such extreme guidelines for extracurricular groups."

“While I support the Administration's efforts to maintain a safe and healthy campus during these unprecedented times, I wish student organizations, like NeW at USF, were given the same freedoms as athletics to conduct their gatherings off-campus in a safe and responsible manner.”

Many other conservative club leaders detailed similar struggles and disappointment to Campus Reform.

“These restrictions hinder all organizations, not just TPUSA's, ability to grow and stay relevant on campus,” said TPUSA chapter member Donovan Bryant, referring to the school’s off-campus ban as "outside of their jurisdiction."

“Anyone unfamiliar with the situation would assume that these restrictions however the university has made it clear that ANY congregation would be punishable by the organization's suspension or expulsion from campus. It is my belief that the university restricting meetings off-campus is completely outside their jurisdiction, especially if they retract funding," Bryant said.

Bryant added that the group has not been able to reach a resolution with the school, explaining “as for the actions that we have taken, TPUSA has been in contact with deans to try and get them to see from the perspective of a student. This bore no fruit.”

He said that he is employing a “wait and see” approach as to how the school will approach SDS, but that “if the university turns a blind eye to this it would expose a clear bias towards groups that propagate a certain narrative.”

“The same narrative that the university pushed during the riots that occurred during the summer as students at the university felt unsafe. As a result of this bias, a more divisive environment would sprout at The University of South Florida. This cannot be allowed at a university that stands for ‘truth and wisdom,’” said Bryant.

USF College Republicans president Julia Johnston also told Campus Reform of the frustration of these restrictions, saying that the school simply shouldn’t have opened if it wasn’t going to allow students to convene.

“I cannot imagine how hard it is for students living on campus to not be able to have any social interaction this semester besides class. I think it is very bad for student's mental health,” Johnston said, adding. “The campus allows for students to go to class wearing a mask and social distancing and I do not see that being any different from a club meeting if everyone follows the same guidelines.”

Johnston also noted that current national politics makes it even more important for her club to be able to function.

”Not only are we not allowed to have meetings and events but we are also not allowed to table on campus as well. Tabling was the main way for us - besides social media - to gain membership and promote conservative values on campus," Johnston said.

“Since USF is a public university, anyone could come onto campus and set up a table if they wanted to, but only students will be penalized for it which is unfair,” Johnston noted, adding “With this being an election year, the College Republicans were ready to be out every single day educating students on conservative values, registering students to vote, and getting students involved in campaigning - just to name a few things. We feel as though our conservative voice is being suppressed as we are not going to be able to reach students in person on campus this semester.”