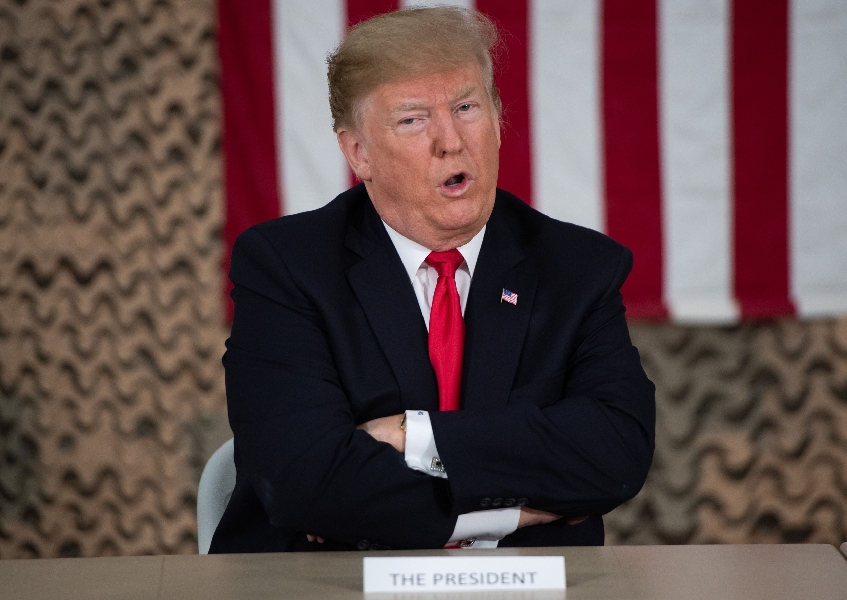 A group of University of California law school deans responded to President Donald Trump's move to ban Critical Race Theory training for federal employees by saying that they are "deeply distressed to see the federal government attack this important intellectual tradition."

"CRT invites us to confront with unflinching honesty how race has operated in our history and our present..."

The statement read, in part, “we write with one voice to defend Critical Race Theory and to speak against the attacks upon it by the President of the United States and the Office of Management and Budget. The faculties of the UC law schools include many of the leading scholars in Critical Race Theory (CRT) and our law schools engage in a good deal of important scholarship, teaching and policy work about how race and racial oppression shape law and society.”

The United States Office of Management and Budget (OMB) released a memo on Sept. 4 where President Trump directed OMB to “cease and desist from using taxpayer dollars to fund these divisive, un-American propaganda training sessions.”

“These types of ‘trainings’ not only run counter to the fundamental beliefs for which our Nation has stood since its inception, but they also engender division and resentment within the Federal workforce,” the memo stated.

The memorandum constinued by directing agencies “to begin to identify all contracts or other agency spending related to any training on ‘critical race theory,’ ‘white privilege,’ or any other training or propaganda effort that teaches or suggests either (1) that the United States is an inherently racist or evil country or (2) that any race or ethnicity is inherently racist or evil. In addition, all agencies should begin to identify all available avenues within the law to cancel any such contracts and/or to divert Federal dollars away from these unAmerican propaganda training sessions.”

The law school deans responded to the OMB statement by saying “this characterization reduces a sophisticated, dynamic field, interdisciplinary and global in scope, to two simplistic absurdities.  In fact, a central principle of Critical Race Theory is that there is nothing ‘inherent’ about race.  Rather, CRT invites us to confront with unflinching honesty how race has operated in our history and our present, and to recognize the deep and ongoing operation of 'structural racism,' through which racial inequality is reproduced within our economic, political, and educational systems even without individual racist intent.”

Johnson told Campus Reform “The deans of the University of California law schools have worked together on a number of projects in recent years. When the Trump administration attacked Critical Race Theory, it seemed natural to resist the criticism.  At a time when the nation is at a racial crossroads and considering a variety of approaches to ending racial hegemony in U.S. society, the insights of Critical Race Theory are needed now more than ever.  The law faculties of the UC law schools have many faculty members whose research looks at the law through a CRT lens and have added much to our understanding of race and U.S. law.”

Chemerinsky also weighed in directly to Campus Reform, saying, “We believe that Critical Race Theory is an important school of thought.  We each have faculty members who engage in this scholarship. We felt it important to defend them and more generally to defend academic freedom.”

Campus Reform reached out to the remaining deans who signed the statement but did not receive a response in time for publication.