Coalition of students, faculty call to ban cops from all UC campuses

The coalition demands all cops be removed from University of California campuses by September 1, 2021.

The calls come amid nationwide efforts to "Defund the Police." 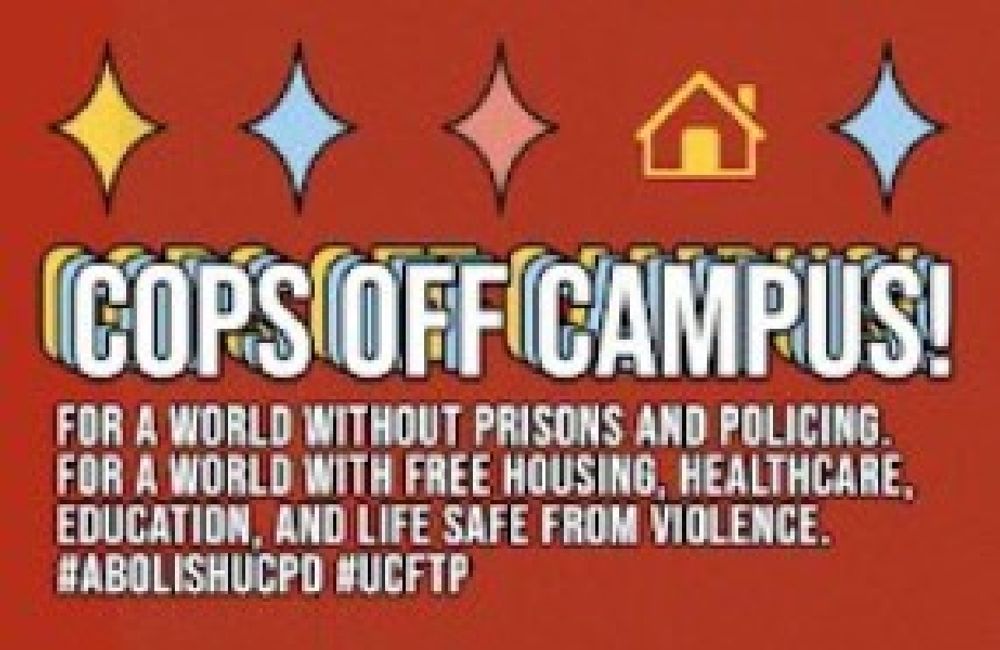 A Twitter page titled “Cops off Campus” created in August advocates for the complete abolition of police presence on the University of California campuses. The coalition says it is made up of faculty, students, and staff.

“The University of California perpetuates carceral and settler logics in California. As UC faculty we work to build an abolitionist infrastructure alongside our colleagues, students, and fellow community members,” one tweet from the account read.

The coalition argues that UC campus police forces do not make campuses safer, but make them less safe.

Another tweet from the account said, “Our vision extends beyond the immediate anti-police project toward the abolition of tuition, of the university as a hierarchical structure, and beyond the borders of the United States, toward both a university and a world beyond colonialism and capitalism!”

“I think that abolishing police presence on UC campuses would have to be a gradual process. I agree with divesting from police to invest in areas that benefit the community more such as community workers and infrastructure for poorer populations,” UC Berkeley junior Arushi Sahay told Campus Reform.

“The Berkeley community particularly would benefit from investing in shelters for the homeless and to improve safety for the general and student population,” she said.

Maria, a senior at UC Berkeley who asked that only her first name be published, told Campus Reform that she is concerned about the safety of students should campus police be removed, saying “Given that there are frequent reports of sexual assaults and robberies near campus, campus police are essential for keeping students safe. If an emergency on campus arises, campus police can reach the scene much quicker than the city police. Removing campus police would have great consequences on student safety.”

At the University of California-Berkeley, an Independent Advisory Board on Police Accountability and Community Safety (IAB) was created to “imagine new methods of ensuring community safety that do not rely primarily on armed officers.”

In a 2019-2020 annual IAB report, Nikki Jones, a Faculty Co-Chair and Professor in UC-Berkeley’s Department of African American Studies, told Berkeley community members, including Chancellor Carol Christ, that "the work of the IAB is also rooted in an understanding of how anti-Blackness and anti-Black racism impacts policing as an institution and, in turn, the experiences of all students on campus. UC Berkeley's IAB acknowledges that the history of policing in the United States is rooted in settler colonialism, racialized slavery and racial capitalism, and is committed to grounding the Board in said history and the subsequent intergenerational trauma that impacts the campus community.”

On June 12, the report recommended that Christ “Divest from UCPD (e.g., review and reduce budgets; reduce the number of police officers on the force, including through hiring freezes; reduce and eliminate unnecessary equipment; etc.) and reallocate resources to other services that support student, staff, and faculty wellbeing on campus. Prioritize reallocation of resources to ensure that mental health professionals are primary responders for wellness checks and mental health crisis calls.”