University of South Carolina coach under fire for calling BLM 'shameful,' saying 'I support the blue'

The university is investigating the matter and promised to respond with “appropriate personnel action.”

USC Aiken’s head baseball coach called a BLM sticker on a Clemson football helmet “shameful,” then expressed his support for the police. 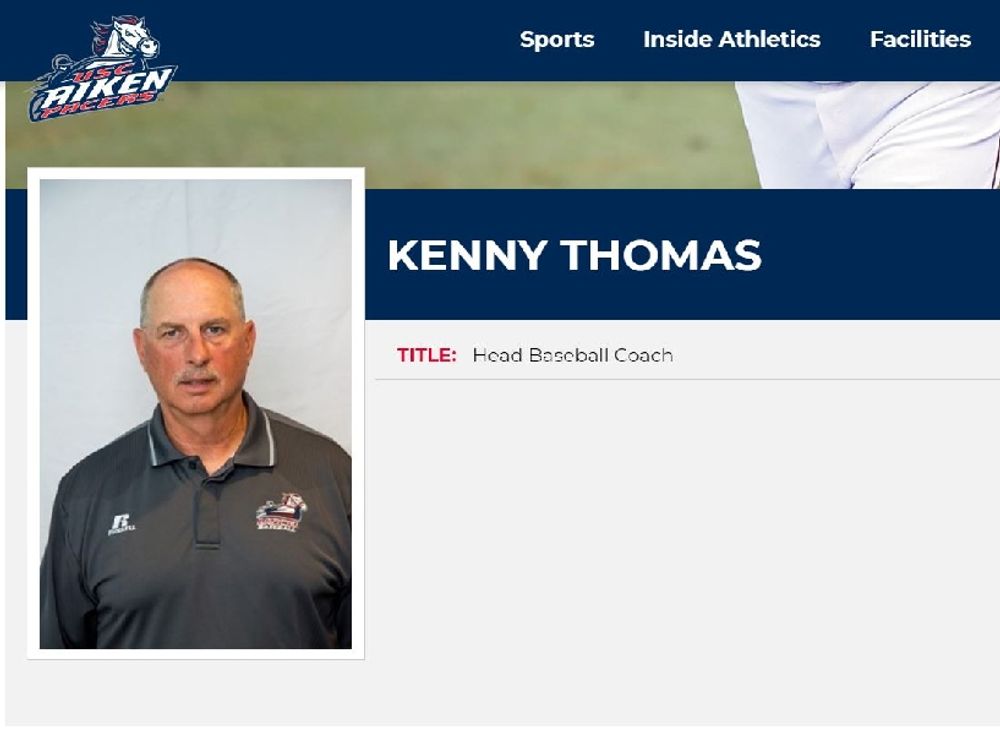 According to the Post and Courier, Thomas commented on a picture of a Black Lives Matter sticker on a Clemson University football helmet: “It is 100% shameful, I promise you will never see anything like this on my field. I support the Blue and not ashamed to say it!”

Shame on you Kenny Thomas.... The Aiken community was always behind you as many players, black players that I know you coached would not appreciate this. I'm sure the administration at our Alma mater will hear about this!!! 😒😒😒😒 @PacerAthletics @uscabaseball @USCAiken pic.twitter.com/qFj3MOxWGw

According to WRDW, USC-Aiken Chancellor Sandra Jordan released a statement expressing her disappointment.

"Words simply cannot express my disappointment of a publicly known university member who last night posted a remark on a personal social media page that seemed to be intolerant of the Black Lives Matter movement.”

Earlier tonight, we learned of a comment by head coach Kenny Thomas on another person’s social media post. In response to the comment, USC Aiken Athletics has stated the following: pic.twitter.com/3TYRUqgan1

While Jordan explained that the university should not “attempt to shield individuals from ideas and opinions they find unwelcome, disagreeable, or even deeply offensive,” she decried Thomas’s comment as an opinion that stands “in sharp contrast” with the university’s “stated values of civility, tolerance and mutual respect.”

“The comments of one individual will not undermine the committed work of our university and our commitment to social justice, racial equality, and a belief in the nobility of all people,” added Jordan.

The university will take “appropriate personnel action” in response to Thomas’s comments, according to the article.

On Tuesday, Clemson University announced that it would display social justice messages on its home football field. On the sidelines, Clemson plans to paint the slogans “unity” and “equality.” Clemson’s football team wore helmet stickers with the phrases “love,” “equality,” and “Black Lives Matter" earlier in September.