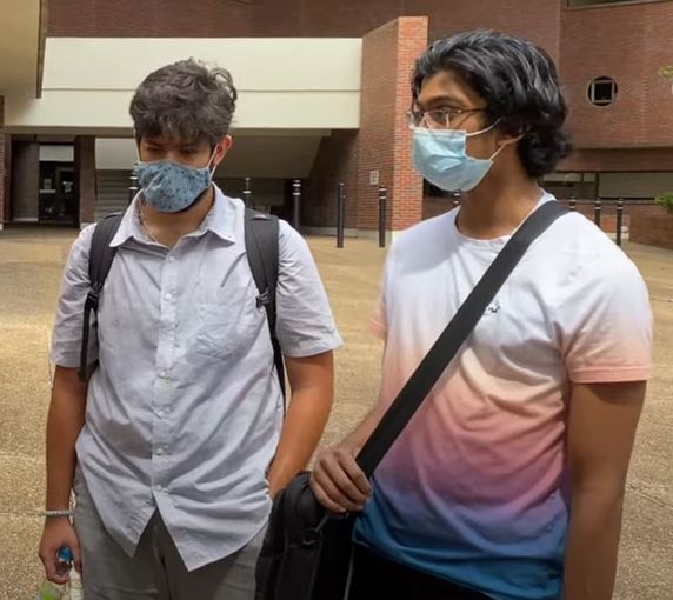 With the election now less than one month away, the Hispanic vote will be crucial in key battleground states such as Florida.

Campus Reform asked students at the University of Florida which candidate they believed was leading with Hispanics in Florida.

Students were quick to say Biden.

"Joe Biden because of his immigration policies," one student said.

When asked if they could name any actions that Biden has taken during his decades in Washington to help Hispanics, some students struggled to find examples.

"Not specifically, no," another added.

Students were then presented with the results of the poll, but some of them said they weren’t surprised to learn that Trump was leading with Hispanics in Florida because of his support among Cuban-Americans, which many consider an exception in the Hispanic community.

"I don't think it surprises me 'cause in Florida, a lot of the Hispanic community is Cuban," one student argued.

"A lot of people that live in Florida come from Cuba," another student explained.

Students were unable to cite any initiatives that Trump had created over the past four years.

Campus Reform cited multiple accomplishments geared directly toward the Hispanic community such as a near-record low unemployment rate of 3.9  percent, the enactment of the White House Hispanic Prosperity Initiative, and the statistic that the median Hispanic American income rose by $1,786 during Trump’s first year in office.

"I was certainly aware with the economic things, but I would just say that that's all pre-COVID," one student countered.

Another student added that a lot of the administration's accomplishments were "superficial."

Campus Reform discussed the impact of the Democrat Party’s embrace of socialism and how Hispanic voters might view Biden because of this.

"Socialism's like uh, a boogeyman word used to scare people," one student said.

Ophelie Jacobson is a Florida Campus Correspondent, reporting liberal bias and abuse on college campuses for Campus Reform. She is a sophomore at the University of Florida, majoring in Journalism and Political Science and minoring in Spanish. She is the Secretary of the Florida Federation of College Republicans and Co-President of the Network of Enlightened Women at UF.