The letter includes guidance in dealing with immigration officers and orders.

It also provided links to brochures with cartoons of angry ICE agents. 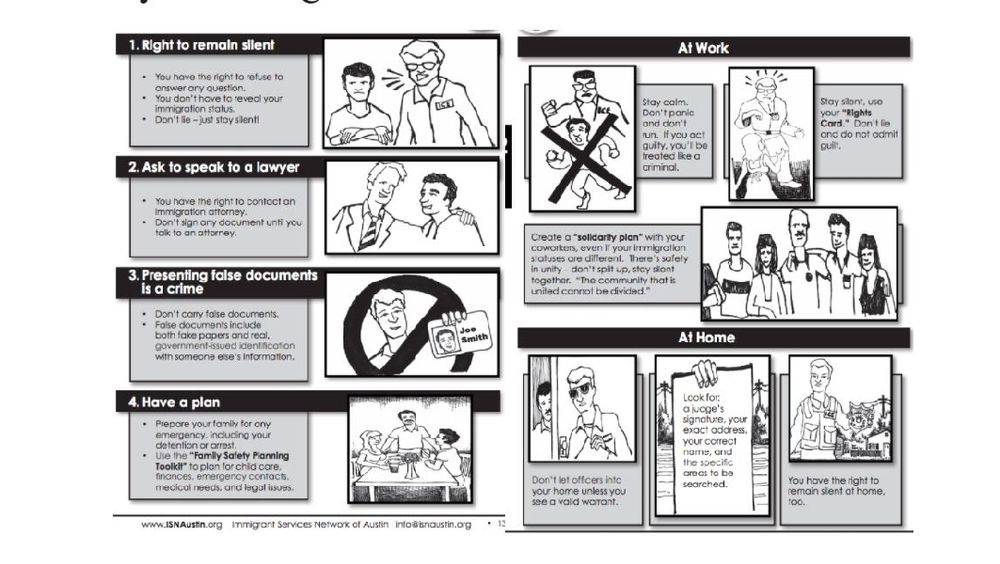 The letter from Chancellor Cynthia Larive and Campus Provost and Executive Vice Chancellor Lori Kltezer said, “We write to let the undocumented members of our community know there is nothing ambiguous about our support for you.”

“We are proud of your efforts, recognize your contributions to campus and to society, and will do all in our power to support you,” said the letter. “You do not stand alone.”

The university then provided guidance on how to handle various scenarios, such as coming in contact with an immigration officer or being subjected to an immigration order. It also included links to informational brochures.

One entitled “Know Your Rights” includes cartoons portraying ICE agents as angry, as pictured above.

Also included in the letter was a link to the school’s overall statement on illegal immigration that read, “The University of California welcomes and supports students without regard to their immigration status.”

Campus Reform previously reported on how UC Berkeley pushed virtual free legal consultations for illegal immigrant students and committed to warning them in advance about when immigration officers were coming to campus.

Campus Reform reached out to the University of California for comment on its latest efforts but did not hear back in time for publication.