Campus Reform sat down with Rae'Lee Klein, the Cronkite School of Journalism student who was ousted from her role at the school's radio station for presenting an unpopular viewpoint.

Klein revealed that she is suing the university. 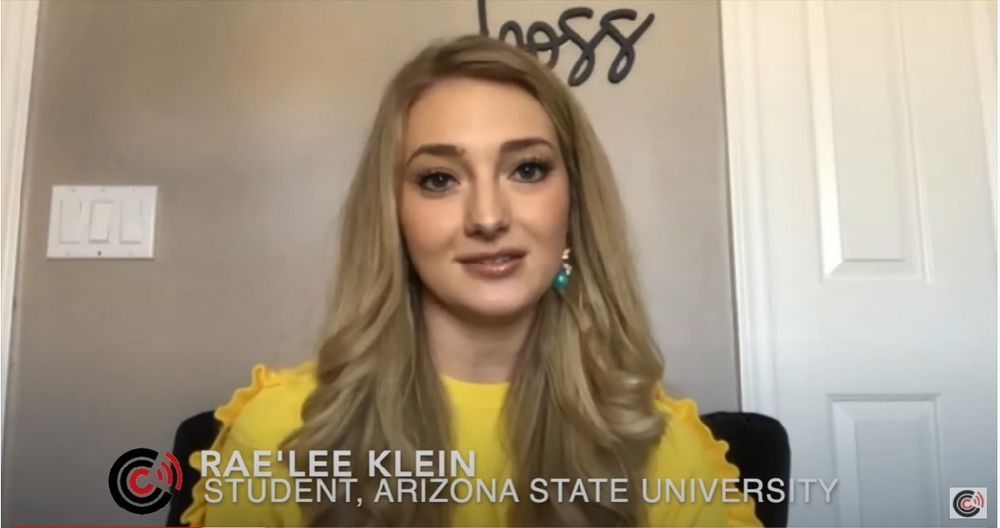 Last month, Rae’Lee Klein, a student at Arizona State University, was forced to step down from her position at the school’s radio station after posting a tweet questioning the Black Lives Matter narrative surrounding Jacob Blake, a Black man shot by police in Kenosha, Wisconsin.

The tweet, which included a New York Post article detailing the sexual assault charges against Blake, read “Always more to the story, folks. Please read this article to get the background of Jacob Blake’s warrant. You’ll be quite disgusted.”

Now, Klein is suing the University, claiming her school can’t fire her over political opinions they disagree with.

“The lawsuit is based solely on free speech and content-based discrimination which is something that we see on college campuses across the country,” Klein said in an exclusive interview with Campus Reform.

“In my instance, ASU is a state actor… they can’t discriminate against anybody based on the content of their speech,” she said, before adding “We’re asking the Judge to ask the University to reinstate me into the position.”

Klein later went on to describe the pushback she faced, saying “it was so overwhelming to see Cancel Culture at work. The hate tweets and emails written to the dean telling her they wanted to see me removed from my position.”

Watch the full interview to see what else Rae’Lee had to say and what she has to say to other students facing similar viewpoint discrimination:

Cabot Phillips is the Editor-In-Chief for Campus Reform. Prior to joining Campus Reform he spent time working on numerous campaigns—most recently as the Digital Grassroots Director for Marco Rubio’s Presidential bid. Phillips is also a YouTube Partner, creating and starring in numerous videos which have amassed over 70 million views across varying online platforms.  In 2016, Phillips was named to Red Alert Politics "30 Under 30" list of the na…