Students at the University of Pennsylvania will boycott classes on Election Day, citing “wellness” concerns.

Calling the reasons for the boycott “multifaceted,” students also demand that the university address earlier demands to defund the Penn Police Department. 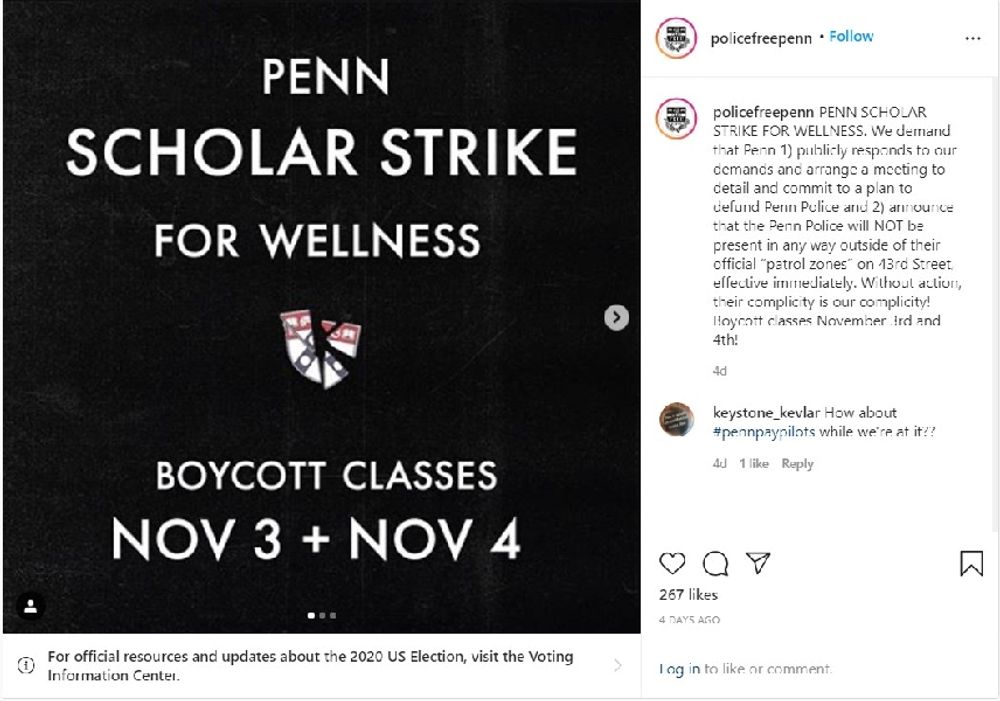 The University of Pennsylvania did not cancel classes for Election Day, prompting students to organize a “Scholar Strike for Wellness.”

In an attempt to recognize “wellness” concerns in response to the upcoming election and the death of Walter Wallace Jr., strike participants will not attend classes on November 3 and 4 in an attempt to force UPenn respond to demands about its private police department.

Organizers want Penn to “publicly respond to the demands of Police Free Penn,” and arrange a meeting to “commit to a plan to defund Penn Police.” Additionally, students are demanding that Penn Police limit its patrol zones. 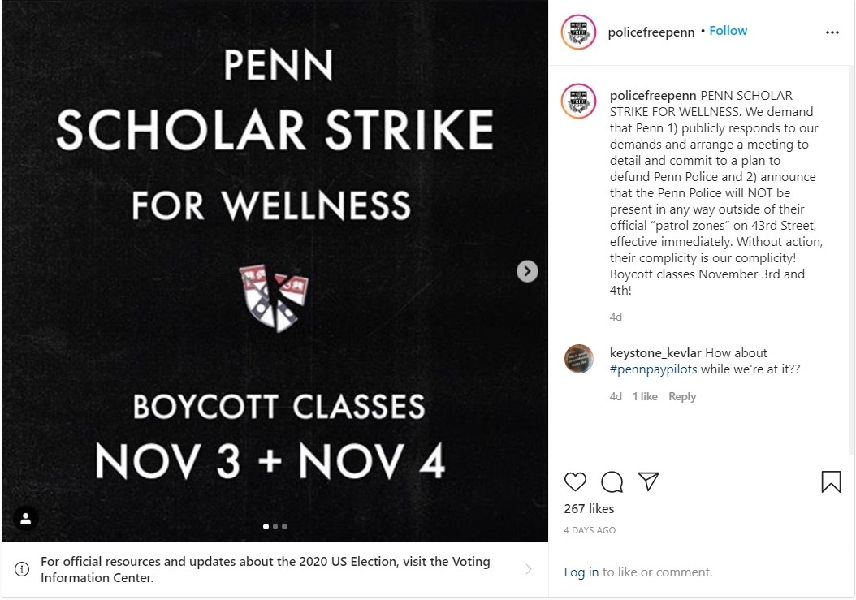 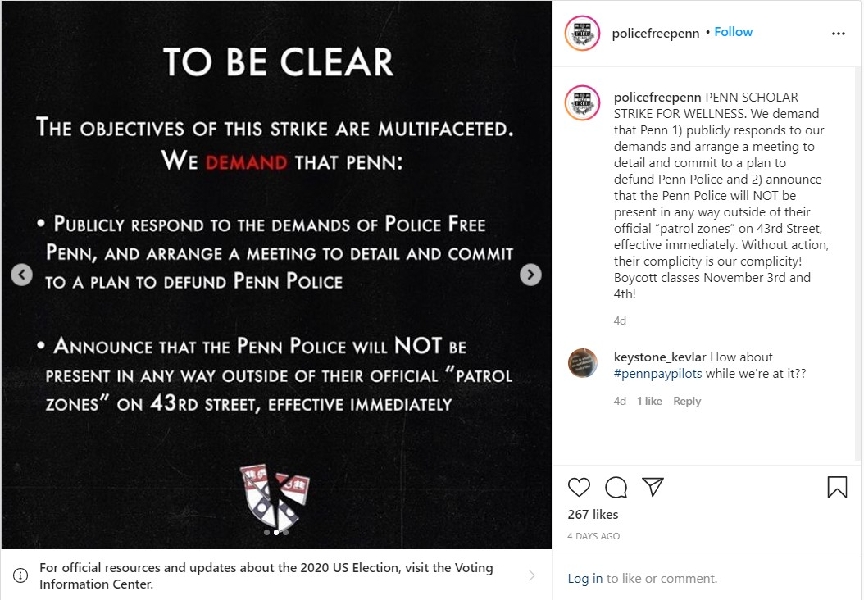 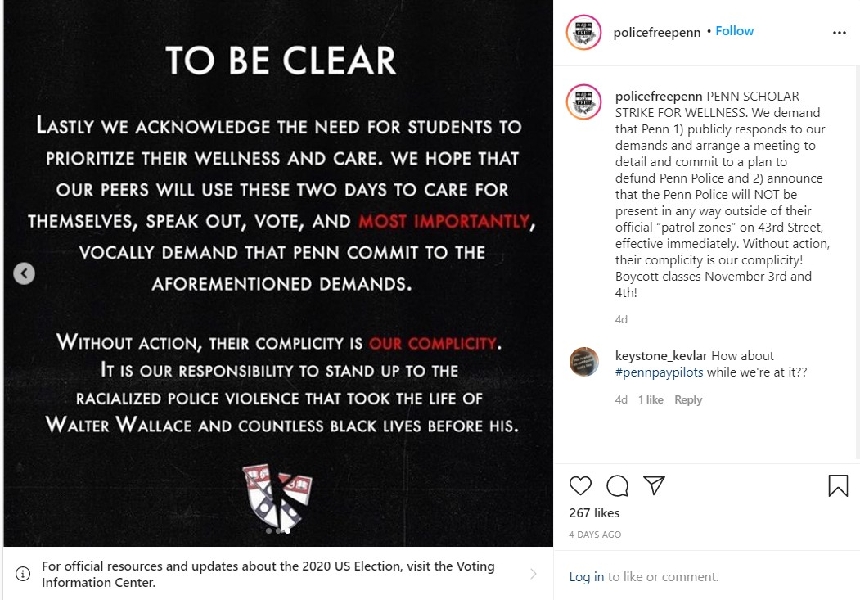 Stating that the purpose of the strike is “multi-faceted,” the organizers “acknowledge the need for students to prioritize their wellness and care.” Students should “care for themselves, speak out, vote, and most importantly, vocally demand that Penn commit to the aforementioned demands.”

“Without action, their complicity is our complicity,” concludes the call to action.

Though the University of Pennsylvania acknowledged the death of Walter Wallace, Jr., the school will continue with its plan to have classes on Election Day.

“Because Pennsylvania regulations mandate the necessary length of the semester, we are unable to declare a holiday for November 3,” explained Provost Wendell Pritchett in an October 20 email. However, the administration will encourage faculty to “accommodate students who wish to engage in election-related activities on Election Day.”

“We write near the end of a painful and difficult week, at the halfway mark of a painful and difficult semester,” said an October 29 email from Vice Provost for University Life Mamta Accapadi. “We acknowledge the hurt, anger, and fear felt by our communities after the fatal shooting of our neighbor, Walter Wallace, Jr. We also recognize the impact of this tragic incident calls upon us to recognize the systemic racism that is a source of trauma within our Black communities.”

One University of Pennsylvania senior told Campus Reform on the condition of anonymity that Police Free Penn’s demands “are unreasonable as cops are a necessary part of keeping students and the surrounding neighborhoods safe.”

“I think students forget that by refusing to acknowledge that the work of police officers is essential and diminishing the value of law enforcement, they harm innocent citizens including potentially their classmates,” the student explained.

With respect to classes on Election Day, the student said that such a proposal is “unreasonable all around,” as it teaches students that “if you don’t get your way in something or don’t like the result of something, you can just avoid your responsibilities.”

The end result is a “breed of entitled citizens,” the student added.

Campus Reform reached out to the University of Pennsylvania for comment and will update this article accordingly.