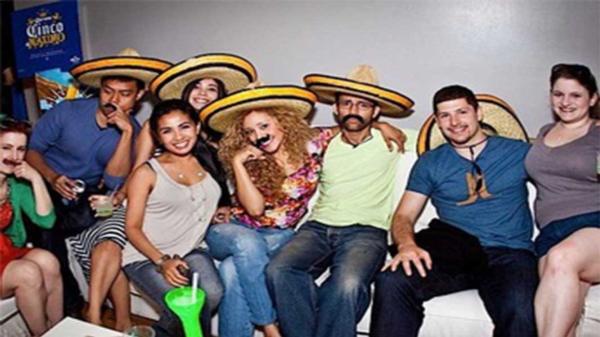 The University of California (UC) student Senate passed a bill formally condemning all culturally themed parties late last month in response to a “quinceanera,” or fiesta-themed party held by a fraternity in which some students may have dressed up in sombreros and mustaches.

The legislation, which does not carry the force of law, condemns “culturally appropriated theme parties,” and was introduced and passed on Sept. 25, in response to a party hosted by the Delta Chi fraternity at University of California - Berkeley, student Senator Eric Wu told Campus Reform in an interview Tuesday.

Wendy Pacheco, the author of the resolution, told The Daily Californian, UC Berkeley’s student newspaper, that she found the theme of the party automatically offensive.

“For people in the Mexican community, quinceaneras are usually for young women who transition from being a girl into a woman,” she told the newspaper.

“That’s very important in our community, and for someone to take that and turn it into a party scene and dress up with sombreros and mustaches and reflect those stereotypes of what Mexican culture is is not OK,” she added.

But Student Action Senator Liza Raffi, who attended the party, told the Daily Californian  she did not see offensive attire at the party.

“If there were derogatory costumes there, I did not see them, but I understand that everyone’s definition of offensive is different,” she said.

"I now understand that the idea of a fiesta plays into larger concern of cultural appropriation that has history stretching beyond the party," she added.

Delta Chi President Cody Kermanian said the fraternity did not intend to offend anyone with the theme of the party.

“A lot of rhetoric in the bill assumes what our thoughts were without even talking to us about it,” he said, according to the Daily Californian. “The intention was never to marginalize, and it ever has been nor will be.”

Kermanian added that Mexican members of the fraternity were the ones to suggest the theme in the first place.

The bill also references the “Compton Cookout,” an event hosted by a UC San Diego fraternity in in February of 2010. That event was intended to mock Black History Month, and instructed attendees to wear cheap clothing, chains and yell at each other, according to an article published in the Los Angeles Times.

ASUC's media contact did not respond to requests for comment from Campus Reform in time for publication.