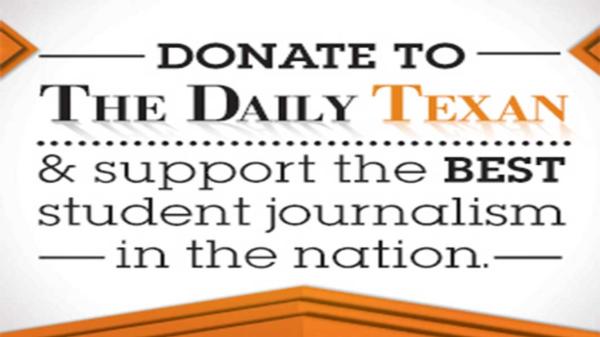 The column, which appeared in the The Daily Texan late last month, featured four students who regularly write on a variety of sexual topics for their peers.

“Girls in Texas aren’t taught how to pleasure themselves any better than they’re taught where to get birth control, so I learned with my hands under the covers by myself,” wrote a student under the alias "Committed Caroline." “I learned where to touch and how.”

The other writers are a gay man who goes by the pseudonym "Fabulous Frank," a student who says she is not sexually active called "Virgin Veronica," and "Sexy Sally," who writes that although she “may sound like a whore,” she is just someone who enjoys “casual sex” with “gentlemen friends.”

The newspaper has received $281,873 from the Student Services Budget Committee, which allocates student fees, since last August 12, according to financial documents released by the school.

In the middle of the columns, an advertisement to donate to the student publication appears that states “Donate to the Daily Texan & support the best student journalism in the nation.”

The newspaper made headlines earlier this year for financial problems so severe that it narrowly escaped having to reduce their print publication schedule from five days to four.

In an article published Wednesday and updated today, The Daily Texan reporter Larisa Manescu acknowledged that many people have had a problem with the column.

She continued to state that the newspaper has no intention of backing down on the column:

More criticism of the column also appears on the newspaper’s Facebook page.

In a comment on a post titled “Fabulous Frank: My First Kiss,” alumnus John Owens, who said he used to work for the paper as a student, expressed his frustration:

The Daily Texan did not respond to requests for comment from Campus Reform in time for publication.