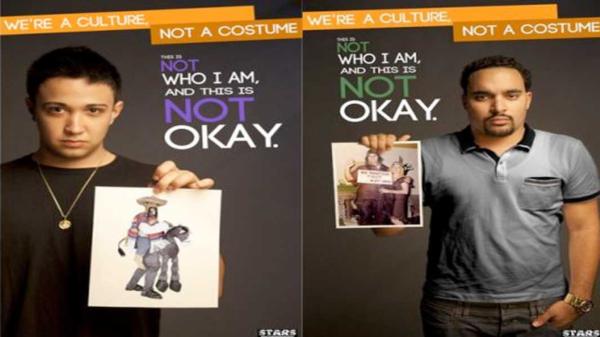 Officials at the University of Minnesota- Twin Cities have warned students to make sure their Halloween costumes are politically correct.

"The crisp air and changing leaves tell us that autumn is upon us," begins the letter, emailed to students on Oct. 10. "And with that comes Halloween and the many ways we observe this festive event."

"In particular, please keep in mind that certain Halloween costumes inappropriately perpetuate racial, cultural, and gender stereotypes," it continues. "Although it may not be the intent, these costumes, and choosing to wear them, can depict identities in ways that are offensive or hurtful to others"

Some U. Minn. students explained to the Star Tribune, a Minneapolis newspaper, what they considered an acceptable costume.

Brown said she would stand by the letter even if it elicited complaints about political correctness.

“I don’t think it goes overboard,” she told the Star Tribune. 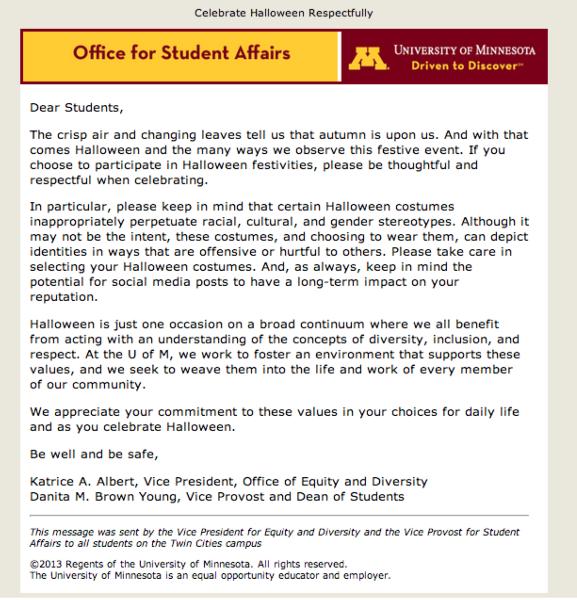