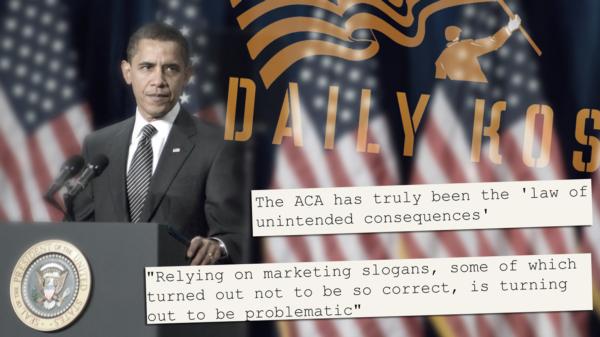 A liberal blogger and representative on the health care committee at the University of Pennsylvania (UPenn), turned to the liberal blog The Daily Kos, on Monday to decry the negative impact he says President Barack Obama's signature health care law is having on grad students at his Ivy League school.

"For us, at least in the college health insurance market, the ACA has truly been the 'law of unintended consequences,' wrote Michael Convente on The Daily Kos,
on Monday.

"Relying on marketing slogans, some of which turned out not to be so correct, is turning out to be problematic."

"[R]elying on marketing slogans, some of which turned out not to be so correct, is turning out to be problematic," he lamented.

Convente said the "progressive" UPenn Student Health Insurance Advisory Committee (SHIAC), on which he serves, doesn't mind funding artificial limbs or even gender reassignment surgery, but that forcing poor college students to pay for health care for children, which most don't use, is becoming a burden.

“Our population is entirely students.... we now have to cover pediatric dental even though none of us are even eligible to use that benefit," complained.  “[O]ur committee is quite progressive when it comes to benefits offered (full prosthesis replacement, gender reassignment surgery, etc.) and low deductible (we're at $300. That's not a typo - three hundred)."

Prior to the implementation of Obamacare, at least, Convente was a vocal supporter of President Obama, once calling his lead in Iowa in 2012 “great news” in another blog post and tweeting with the hashtag"#SuckOnThatTeabaggers” after the end of the government shutdown.

Convente, a graduate student, explained that many people do not understand the potential impacts of Obamacare because they "don't have the time and/or capacity to really understand the gritty details."

In an email to Campus Reform, in response to an enquiry on Wednesday, Convente confirmed that he had penned the post, but said he still supports the law, despite unintended consequences for himself, and his peers.

"The issues that I mentioned in my comment are a slight annoyance, however our committee has full confidence that we will solve them without any problems," he wrote.   "Overall, I enthusiastically support the Affordable Care Act and its mission to ensure that all Americans have access to affordable, quality health care."

He added that he believes Republican's ought to work with Democrats to fix the legislation's problems, "rather than repeatedly try to dismantle the entire law." 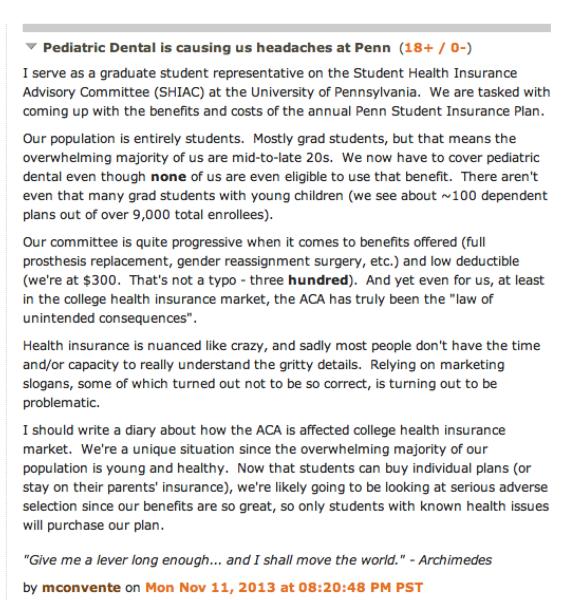