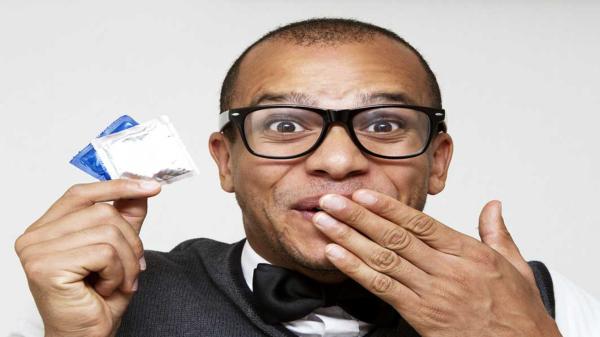 Members of a liberal student group at Catholic Georgetown University in Washington D.C., say unknown vandals have repeatedly ripped down envelopes full of condoms they place on their doors as part of a campus-wide "condom delivery service."

H*yas for Choice, the student group which describes itself as “pro-choice, pro-reproductive justice,” began offering the condom service at the prestigious Catholic school in the fall.

“Every time you rip this down, I’ll make a donation to Planned Parenthood.”

Georgetown’s administration said it would not interfere with the displays — despite the school’s Catholic affiliation — because dorm rooms are “free speech zones,” according to an article in Catholic Education Daily.

H*yas for Choice board member and "condom representative" Vincent DeLaurentis told The Hoya, Georgetown’s official student newspaper, that after his condoms were torn down, he hung a sign that said, “Every time you rip this down, I’ll make a donation to Planned Parenthood.”

DeLaurentis said the sign was also ripped off of the door.

Georgetown University Student Association President Nate Tisa said he will be calling for an investigation since the vandalism violates the school’s free speech policy.

“GUSA will be sure to follow up with Residential Living to see if it’s a pattern,” Tisa told The Hoya. “Doors are personal free-speech zones, and if you disagree with someone, you should express that in your own zone.”

The group also offers to deliver condoms to any party or event on campus with 48 hours notice.

Several students told The Hoya in October that they were upset about the condom delivery service for moral reasons.

“This new service simply contributes to the already prevalent hookup culture that reduces men and women to mere objects of physical gratification,” Emile Doak, a member of the conservative group Love Saxa, told the student newspaper.

Georgetown administrators did not respond to a request for comment from Campus Reform in time for publication.