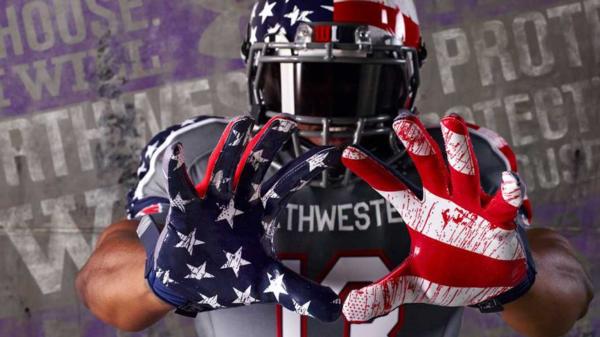 The identity crisis of the student-athlete continues at Northwestern University where a majority of the football team has won their petition to unionize, marking unprecedented territory for private schools.

Members of the Northwestern football team, led by former quarterback Kain Colter, filed a petition in January seeking recognition as university employees as well as college athletes, which would grant the students protection under the National Labor Relations Act and representation through the newly formed College Athlete Players Association (CAPA). As of this afternoon, the players have won their petition to unionize with the National Labor Relations Board (NLRB), which Northwestern has already promised to appeal.

"I would not take for granted that the Northwesterns of the world would continue to play Division 1 sports." - Henry Bienen, Northwestern President Emeritus

"While we respect the NLRB process and the regional director's opinion, we disagree with it," Bob Rowley, director of media relations for Northwestern, told Campus Reform in a statement. "Northwestern plans to appeal today's decision to the full National Labor Relations Board in Washington, D.C. The University will continue to explore all of its legal options in regard to this issue."

"Northwestern considers its students who participate in NCAA Division I sports, including those who receive athletic scholarships, to be students, first and foremost," the statement continues. "We believe that participation in athletic events is part of the overall educational experience for those students, not a separate activity."

But Northwestern President Emeritus Henry Bienen blurred the line between a university employee and a student-athlete even further this week by challenging how much these players love the game and respect the integrity of Division 1 sports, the highest level of intercollegiate athletics. Bienen was inducted into the Northwestern Athletics Hall of Fame in December for his “revival” of the athletics program from the 1990’s to 2009.

“If we got into collective bargaining situations, I would not take for granted that the Northwesterns of the world would continue to play Division 1 sports,” Bienen said at the annual conference for the Knight Commission on Intercollegiate Athletics earlier this week.

However, Bienen’s remarks Monday night call into question the impact this unionization would have on the integrity of the conference, including the effect on future athletic sales and recognition. Bienen cited the Ivy League in the 1950’s—a league which had some of the highest ranking football teams—as an example of Northwestern’s football program’s potential downfall.

“They continue periodically to have ranked basketball teams, but they’ve given up a certain kind of model of sports,” he said of the league that 60 years ago decided to forgo postseason play and athletic scholarships, emphasizing academics over athletics.

Northwestern attests that while it is “proud of our students for raising these issues,” the school recognizes the football players as student-athletes and not university employees.

“Unionization and collective bargaining are not the appropriate methods to address the concerns raised by the student-athletes,” the university said in a lengthy statement prior to today's NLRB decision. “However, we believe that a collective bargaining process at Northwestern would not advance the discussion of these topics, in large part because most of the issues being raised by the union are outside the purview of Northwestern.”

Paul Kennedy, director of communications for Northwestern athletics, declined to comment much further on the matter in light of the “pending nature of the petition.”

“The situation is unprecedented, I don’t believe anyone has any idea what the ramifications could be,” he told Campus Reform on what the future may hold. Northwestern players will now have the opportunity to vote on their unionization status.

Northwestern is a charter member of the Big Ten conference, which actually includes 12 members and is slated to pick up two more teams for the 2014 season.

"While we respect the process followed by the National Labor Relations Board, we disagree with the ruling," a conference spokesperson told Campus Reform. "We don't believe that student-athletes are university employees. The issues raised during the hearings are already being discussed at the national level, and we believe that students should be a part of the conversation."

According to the National Right to Work Legal Defense Foundation (NRTW), the win for the right to unionize will only impede the students more as unions are sure to impose more of a monetary burden on the college athletes in the form of union dues.

"No matter what you think of the state of college football or college athletics as a whole, there is no scenario in which forcing players to pay dues to a union as a condition of getting a scholarship can be seen as a step in the right direction," Patrick Semmens, vice president for public information at NRTW told Campus Reform. "And make no mistake, if college athletes can be unionized then union officials will be empowered to require union dues payment as a condition of getting a scholarship."

CAPA did not return requests for comment in time for publication.

This article has been updated to include additional information.